Progressive rock legends Renaissance recently celebrated their golden anniversary in the best possible style and the result was the live set Ashes Are Burning Reviewed Here. In honour of this auspicious occasion Peter Dennis spoke to Renaissance vocalist Annie Haslam.

The new live set Ashes Are Burning celebrates Renaissance’s 50th anniversary. Five decades is a long time in any business. What has been your motivation for continuing through the good and lean times?

The love of the music, there is nothing like it. I remember in the early days Michael would come to rehearsals with a basic melody and ideas which he would play to us on guitar, I would be given Betty Thatcher’s words… always very exciting, we all knew we had something very special… but had no idea that within 4 years of me joining the band we would be performing 3 sold out concerts at Carnegie Hall with the New York Philharmonic Orchestra! The reaction from the fans, worldwide has always been supportive. I get a constant stream of letters saying how our music has positively changed their lives….

Most Renaissance albums charted well in the United States. What is it about your quintessentially English sound that struck a chord with the Americans?

Mmmmmm well we were always told it was the accent. I think it was that the timing was perfect for us because radio and their DJ’s had more freedom to play whoever they wanted. It so happened that we were unique enough to be considered pioneers in the world of progressive music, alongside, Yes, Genesis, Pink Floyd King Crimson etc… Such wonderful music being created back then.

Ashes Are Burning was recorded at The Keswick Theatre which seems like a special venue for you. What are your memories of that evening? 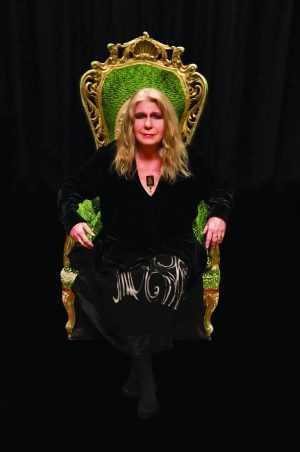 Renaissance has performed at the Keswick Theatre many times over the years and I also was there with my solo band.

It was a memorable day from start to finish, with a 1pm arrival for load in. I always go early in the day when we are filming as there is always so much to go over, tiring but fulfilling and exciting! The sound system was top-notch and the staff were excellent to work with. The sound check consisted of 16 musicians including 10 classical, made up our very own orchestra ‘The Renaissance Chamber Orchestra’. I also spent time with the lighting engineer, discussing the lighting for the show and checking on the visuals that consisted of paintings I had created for each song enlarged on to a 12’x24’ screen behind the orchestra. Personally, a dream come true for me.

Performing with an orchestra takes the band to whole new level with the energy between audience and band was pure admiration and love for the music! When we had finished the song Ocean Gypsy, a fan shouted out “it’s a full moon tonight” which added another touch of wonder to the evening.

With such a back catalogue how difficult was it picking the track listing? Whatever your selection some fan is sure to miss a personal favourite. Did performing with an orchestra influence your choices?

Not really, but to be honest it was most difficult to come up with a set that would please everyone. We have such a large catalogue of beautiful and dramatic music, it is never easy. 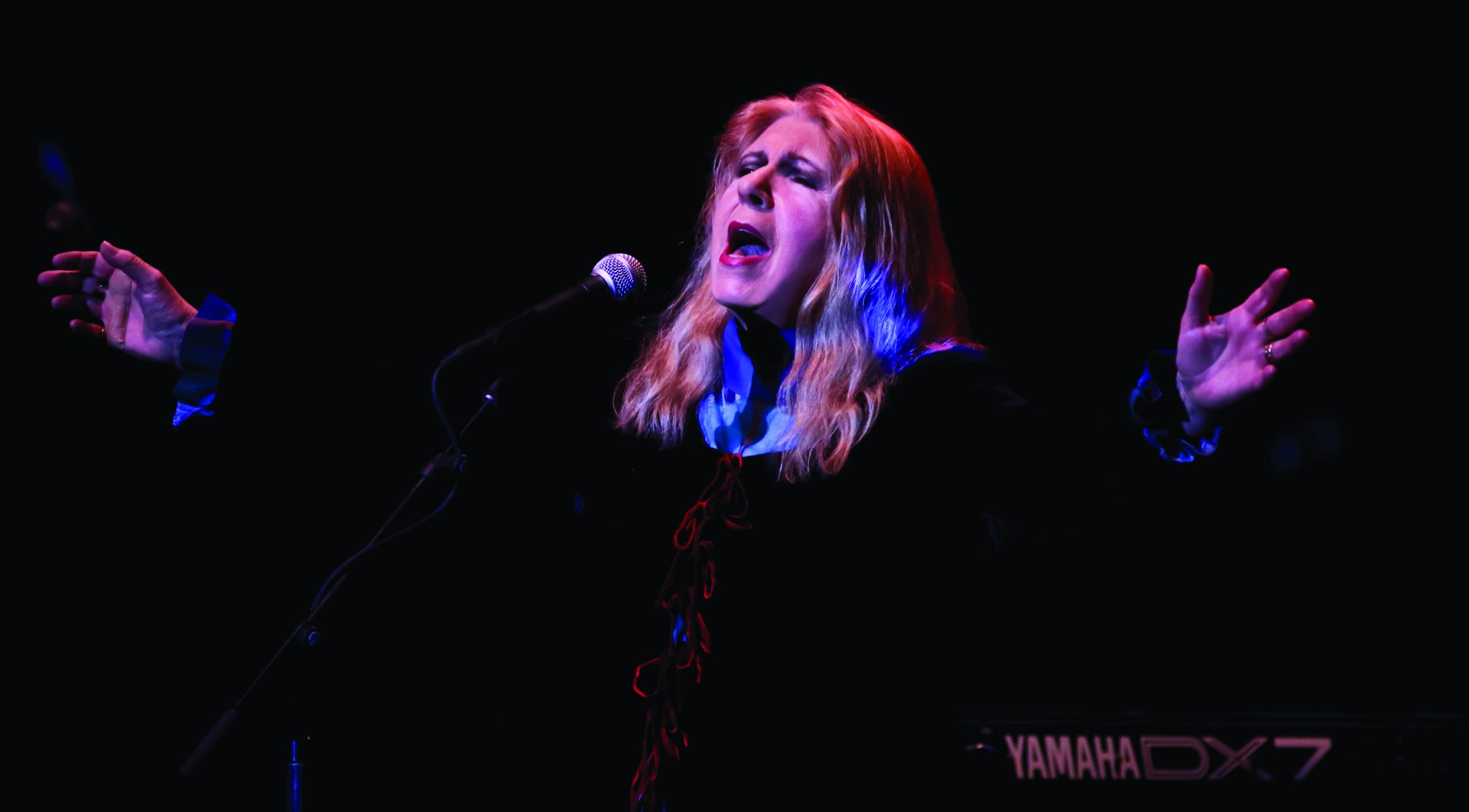 I think we chose a good selection but wish we could have played at least another hour… the time went too fast!

How is it performing with an orchestra? How does it influence the musical dynamic? And does an orchestra reveal another facet of Renaissance?

Orchestras and Renaissance is the way it should always be. It takes the music to great heights

Featuring a DVD/Blu-Ray did you feel an added pressure with the cameras rolling?

Yes, I think we all did… not something we were familiar with. Sadly, very few of our concerts were filmed but it was out of our hands. Carnegie Hall and the Albert Hall should have been filmed.

It looked like a special evening in many ways but how was it performing with founding member Jim McCarthy on ‘Island’ and finale ‘Ashes Are Burning’?

It was long overdue and such a joy to be with Jim again. 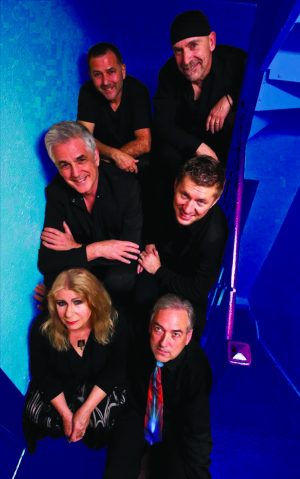 I had wanted to sing ‘Island’ for many years as it was the song that got me the job, but it fell on deaf ears when brought up with the earlier members of Renaissance.

Jim, along with Keith Relf were at my audition for the band on December 31st 1970.

We had come full circle at the 50th Anniversary concert! It made perfect sense.

From the live discs and DVD/Blu-Ray to the booklet and box Ashes Are Burning is a lovely set. How involved were you in the design of the whole package?

I designed the package and worked alongside Laura DeVries who then puts it all together.

Finally, what are your plans for Renaissance post-pandemic?

Contractually we have shows headlining in Brazil in March 2022 (3rdtime rescheduled) and headlining ‘Night of the Prog’ in Lorelei Germany July 2022 (2nd time rescheduled). I am working on an idea for the band going forward with Renaissance Musical Director and keyboardist Rave Tesar, but ‘mums’ the word right now. 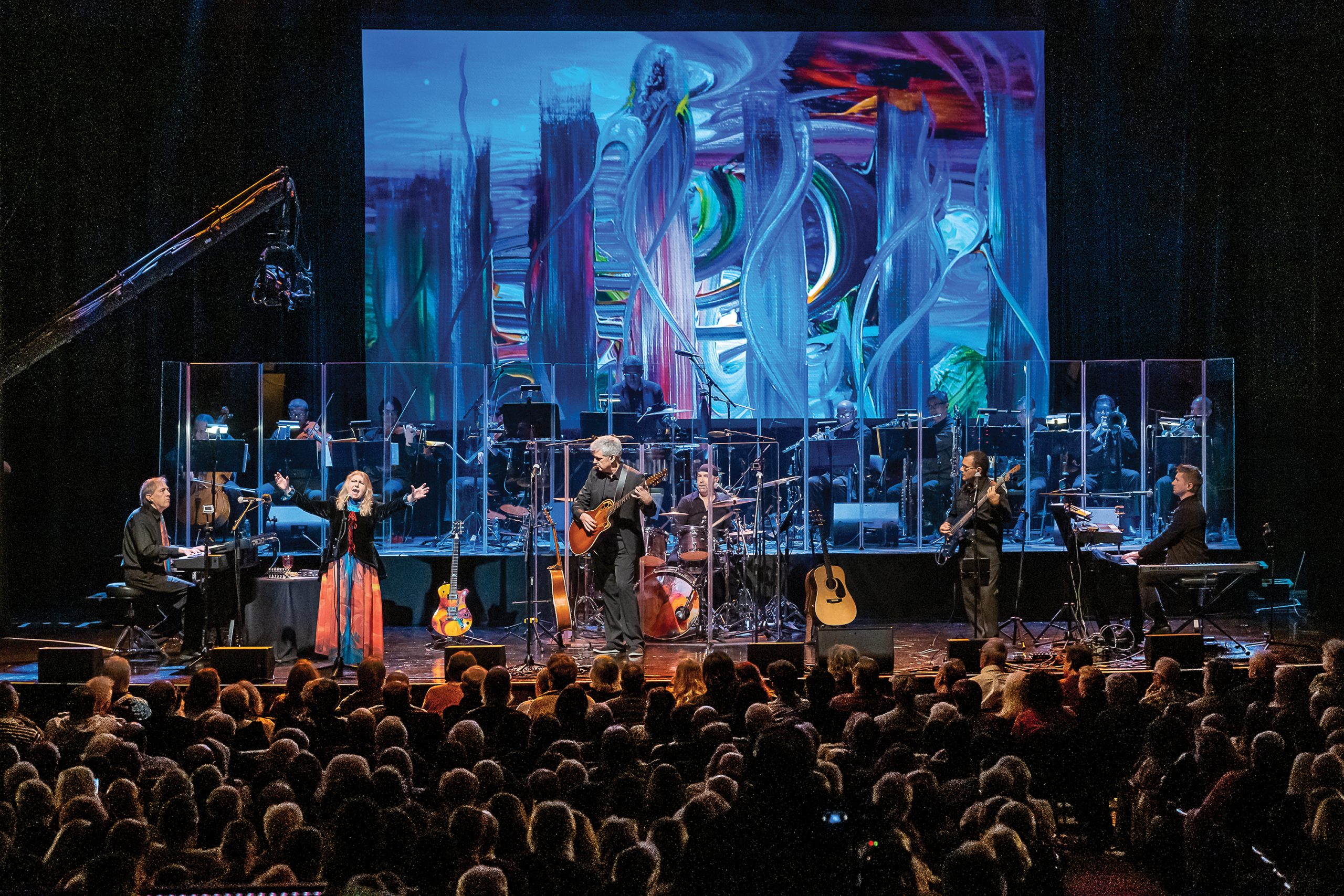