An abandoned theme park or haunted house, or in a submarine…

Oxford instrumental trio Masiro are an intriguing bunch. Each of their the tracks is a multifaceted world of its own that displays the ever-evolving musical and instrumental capabilities of this outstanding and very tight unit. With their album Technocologist Unknown recently released (and available to buy here), guitarist Mike Bannard talks to MR’s Jason Guest about the album, the band, its formation and the new lineup, and the opportunities that being an instrumental band affords them…

Hey Mike. Thank you very much for taking time out for this interview and congratulations on Technocologist Unknown (reviewed here).

Hi Jason, thanks for taking the time also!

First, you have to tell us about that album title.

The title originates from an old uni friend, whose social media username was something similar. First of all we thought it sounded good, and fitted the techy-proggy kind of sound we have, but I think that concept of wanting to be a part of an online society but still keep your identity relatively anonymous is an intriguing one. It also got us thinking about the writing process, and how the conscious input of writing music together, practicing riffs, combining sections etc, are kind of secondary to the subconscious process that happens, almost like the music writing itself. These are fairly vague concepts, but it’s the kind of thing we chat about over an ale at practice! 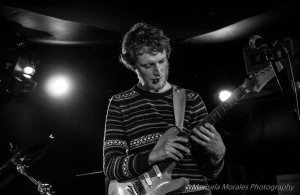 What did you want to achieve with the album?

Well, the purest intention was to make the best music we could, and to have grown since the last record. It’s also a document of what we were writing at the time, and with fairly long, complex tracks, some get forgotten and not played live anymore. Like any band. So it’s good to get them down and have that idea captured. The major difference with this record compared to the last EP was that Hutch joined us on bass, so there’s a whole new dynamic and sound. With another melodic instrument there was a lot more scope with what we could do. In terms of getting the music out there we also hired a PR guy for this one, and did some digital distribution etc. We’re a small fish in a big pond!

More the latter. Again going back to this subconscious process whereby it just kind of happens – we make musical choices based on taste and how we feel on the day, and gradually this idea that becomes a track. We tend to just bring riffs to the table and then play around with them. One track might end up being slower and more spacious, like Miocene Dream, or one might be more frantic like Mediatation. Or they just end up as a hodge podge of different ideas! That’s something we’re trying to focus on now – keeping ideas more in the same vein. We overdubbed some synth parts too, which helped tie the sound together somewhat,

Too long! Maybe around 3 years in total. It’s hard to say because it was so drawn out. We were writing and gigging with Hutch on bass for a year or two, then we went into the studio to record around May 2014. We actually tracked the bulk of the record in one weekend, then overdubbed some parts in the following weeks. The actual record then took an age to mix and master, between various studio delays. Like a lot of DIY bands we then had this finished record which we then only started to think about release plans! In hindsight we would have started the process a lot earlier so it all synched up nicely, but that’s life I suppose. We’re just glad it’s finally out there.

It’s great to have a second release under our belt, and although Tech’ Unknown is only 6 tracks, the run time is a full length record. We’ve already gotten a few shows off the back of the release, so it’s awesome that promoters are hearing it and wanting to put us on. It’s already leading the way to playing more shows outside of Oxford, which we really need! We’re also experiencing the common paradox of musicians, which is the “new record” that we’re playing is actually 2-3 year old material, and we’ve already got about another sets worth of new tracks. So we’re learning to blend those two eras.

Can you tell us about the artwork? Who’s the artist? And how much direction was given in its design?

The superb album artwork is by our very talented friend Rob Montgomery. He’s been drawing sketches and ideas for us from the beginning. There’s been the whole bird / robotic eagle theme from the start, which he just came up from hearing the music. By co-incidence I was also drawn to the beauty of birds of prey as a kid, and have a bird etched into my guitar, which Rob wasn’t aware of at the time. So when this theme happened it felt perfect. We felt it visually captures the idea of a mysterious advanced technology and an unknown creator. There was no real direction from our part – we liked the themes he was using and he just ran with it. The album artwork was the final realisation of that idea, and he’s also done a couple of amazing designs which we’ll be using for merch.

On the band, can you give us a bit of history, how you formed and what drew you together to form Masiro?

I moved to Oxford around 5 years ago and was keen to start a project and was looking for a drummer. Chris had been playing as guitarist for Dr. Slaggleberry for a few years before that, which was now slowing down, so he was looking to develop his drum chops. I was coming from more of a post-rock post-punk type angle, whereas Chris had a more brutal math-metal type thing going on. So it met somewhere in-between! We played for a two-piece for a while, then when Hutch eventually got involved on bass, the whole thing opened up. He brought more angular grooves and weight to the equation, which you can hear on the record. We all just shared a love of heavy, mathier type music, as well as other music, ale and sci-fi!

Who are the band’s influences? And what impact have they had on Masiro?

There are inevitable various influences that go into any project. We share a love of heavier bands with interesting rhythmic stuff going on – Dysrythmia, Behold the Arctopus, Meshuggah, Don Caballero, Hella, Zu, Shellac, for example. There’s also a big post-rock / post-metal angle too, inspired by bands such as Mogwai, Oceansize, Russian Circles, Isis, and a little prog. Who doesn’t love The Mars Volta and King Crimson?! Personally I’ve come to realise that a lot of the music I have always been drawn too, has a great drummer / rhythmic element, and the other guys in the band are also both drummers, so there you go.

Why choose to form an instrumental band?

It’s more of a practical consequence than a conscious choice. Having other musicians to play with that are willing to put in the time and effort required and who share similar music tastes is really the key. We’ve actually always been open to jamming with other people, including vocalists, but no-one’s really been interested or has fit the bill yet. I think maybe we’re fussy with the kind of vocals we like, so it’d have to be the right person! We’ve never really considered music to be instrumental on non-instrumental. It’s just music. And it’s not a new phenomenon – so much classical and jazz is instrumental, but that’s just considered normal. The voice is another instrument, which can be used or not.

What opportunities does being an instrumental band that being one with a vocalist doesn’t?

Not sure! If anything there’s probably less of a fan-base as some listeners just expect vocals. Musically it could be more freeing, as you’re not necessarily restricted by words and verse structure, possibly.

How does the band approach composition?

We tend to write and play riffs and ideas in our own time then bring them to the practice room which we’ll then work on putting drums to and developing. The nature of the idea may then change as we play around with it. Sometimes riffs just happen on the spot and it’s great, but that’s less often! We usually record our efforts at the end of most practices on a phone just so we don’t forget, and work on demos in our own time, which get emailed around and developed gradually. I still find the whole process fascinating. Going back to the earlier point that the creative process is almost sub-conscious or automatic – you have this little musical idea that feels good, and then before you know it there’s the whole track that just organically develops.

What does the act of making music mean to Masiro?

Therapy, companionship, self-growth, challenge, passing on the torch of inspiration from the music we’ve soaked up!

Any plans for shows in support of Technocologist Unknown?

Yes. We’ve a couple of shows in June, in Oxford and Basingstoke, and a record launch gig in planning for July. Then we’re planning to on some UK dates / a small tour. You can see the Live Shows link on our Facebook page for info and updates. We’ve also just set up a mailing list for direct contact on gigs and record info. You can reach us at masiro@masiro.co.uk if you want in!

What would be the ideal setting for a Masiro performance?

Maybe an abandoned theme park or haunted house, or in a submarine. Or maybe just ArcTanGent festival! The line up is always killer.

What does the future hold for Masiro? Is there more music in the works?

Yes we’re always working on new ideas – we have probably another record’s worth of material currently loading! Now the record’s out we need to get gigging it around the UK and beyond. There seems to be a strong scene for mathier bands near Manchester / Liverpool, so we’ll sort some shows out that way too.

Thanks for having us! Just that we all need to try to see more live music and support our local scenes and smaller festivals. There’s a lot of great music under the radar. And if you don’t have an ArcTanGent ticket already go and get one immediately! And also check out the gigs that crop up around that time with some of those great bands too. Aces. 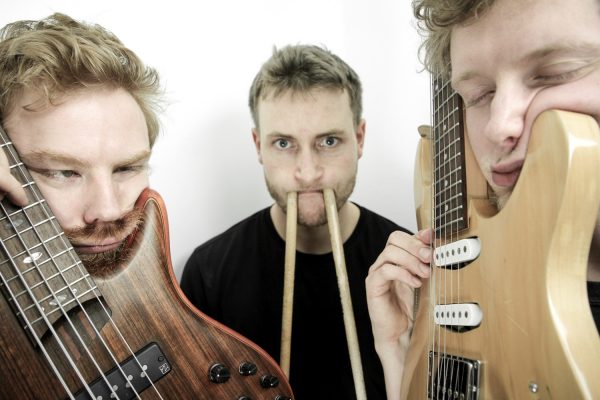