Jason: Thanks for taking time out for this interview and congratulations on the release of your self-titled 7” EP. As many of our readers may be unaware of Orcultus, can you give us a brief history of the band, when it was formed, who the members are, etc.?

Orcultus: Orcultus was formed in 2012. I do not want to reveal the members names because we do not want to be compared to other bands we played with.

Orcultus: As you probably can hear Orcultus is very influenced by the old Black Metal scene. That´s about all I can say about the music. The lyrics are strongly influenced by a serious hate against the human kind.

Jason: Can you tell us about the band name, what it means, and what it signifies for the band?

Orcultus: It is a play with words. The meaning is, shortly put, “a hate against humanity”.

Jason: How has the band developed since it began?

Orcultus: Orcultus has not been around for very long so it still sounds the same it did when we started.

Orcultus: The Black Metal scene is starting to fall apart and need more bands going back to how it all started. Real bands that really mean what their lyrics are about. There is too much shit out there.

Jason: Is there a lyrical or conceptual theme on the EP? Where does lyrical inspiration come from?

Orcultus: As I said before the lyrical concept is anti-human and misanthropic. 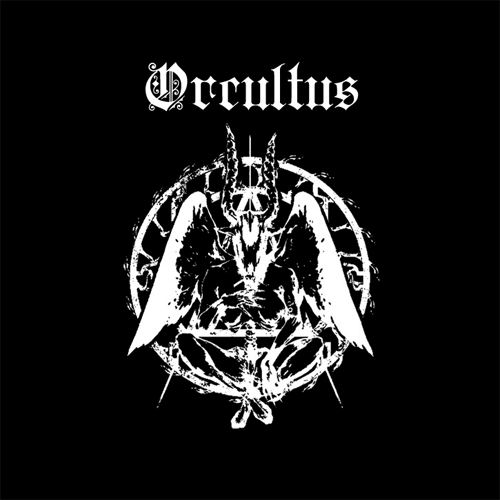 Jason: Who designed the artwork? What was it about their work that drew you to him/her? And how much direction did you give the artist in its creation?

Orcultus: A friend of the band brought the artwork and we thought it suited the concept.

Jason: How and why did you choose to work with Forever Plagued Records?

Orcultus: FPR is a perfect label for Orcultus. So they got the demo and they liked what they heard.

Jason: What does the act of creating music mean to you?

Orcultus: A lot. I write music almost every day. I have a lot of spare time and I use all of that time to write music and lyrics.

Jason: With an abundance of black metal bands and labels appearing from all over the world, what’s your opinion of the black metal scene today?

Orcultus: There are still a lot of great bands out there. But unfortunately there is even more shit. Poser-bands looking to be rockstars.

Jason: What does the future hold for Orcultus? Is there more material in the works?

Orcultus: Yes. As I said before, I write music every day. So there is always new material being made.

Orcultus: Nothing yet. We are still unsure on playing live. We will see in the future.

Orcultus: Make sure to check out the two upcoming cassettes being released on Forever Plagued Records later this year.