Formed in Bristol in 1982 perennial thrash pioneers Onslaught will unleash their seventh studio album Generation Antichrist on 7th August (reviewed here). Latest single ‘Bow Down To The Clowns’ has had fans salivating for the new record so Peter Dennis spoke exclusively to founding guitarist Nige Rockett to ease some of that tension.

Hailing from Bristol. I wonder what it is about that city that produced (and continues to produce) a long lineage of alternative bands?

Bristol is a strange place for music, of course there are metal fans but for the size of the city it’s a relatively small fanbase. It’s always been an indie and dance music kinda city, the dance, trance, hip hop, trip hop scene was massive here. Having said that, We have always done real good here thankfully. We’ve headlined all the main venues in Bristol including the Colston Hall and the Hippodrome theatre, which is cool for us.

Although bands like Blitz and Riot Squad played punk with a metallic edge, I’d argue Onslaught were one of the very first crossover bands. Does it bother you that you don’t get due credit?

Yeah, we were for sure, and yeah it does get a little frustrating when all the American bands are deemed to be the innovators and get all the plaudits. It seems that the Brits nowadays are always portrayed as the followers instead of the leaders: “They sound like this or they sound like that U.S. band” I guess having to follow Sabbath/Maiden/Priest got too much for some people so we now feel the payback! [laughs]

Onslaught has had a revolving line-up over the years yet the band has continued and released solid albums. What’s your secret?

That is the secret [laughs]!!  Line up changes have been too regular and it can sometimes become annoying but we will always turn it into a very positive situation. Whenever we’re forced into change we always make sure we raise the talent bar with a new member, that’s no disrespect to any past members because we’ve had some amazing musicians in the band, but it certainly freshens things up and brings new ideas and new energy into the writing. It seems like a constant issue that so many Thrash bands have to deal with as well: Anthrax, Exodus, Megadeth and Annihilator have all had even more line up changes than us.

How has new vocalist Dave Garnett slotted into the band? He has a different tone that previous singer, Sy.

Perfectly well, thanks. We’ve known Dave for many years now and he’s a real talented guy so there was never any question about him fitting in personally or musically. They do have different tones of course but not so dissimilar that it becomes off putting. Dave actually delivers the older classic stuff so well that even the most die hard fans were excited when we played our last show in Sweden.

Has that affected your writing and/or moved you in a different direction?

No not at all, the album vocals were completely written before Dave joined Onslaught, he just put his own mark on it and its sounded amazing. It was a real smooth transition to be honest. 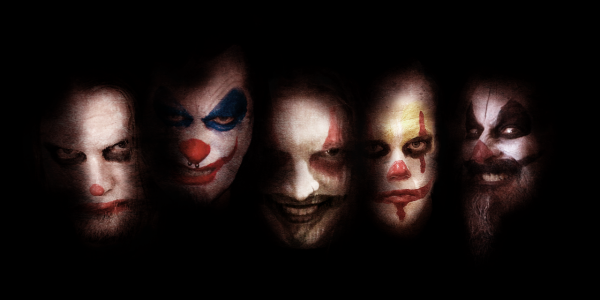 Onslaught have now spent a decade with AFM Records. How has that been?

Pretty good, things are noticeably growing with every album we release and we’re really hoping to kick on massively with this new album in particular. We’ve recently signed a new contract extension which shows the commitment from both sides, so it’s onwards and definitely upwards from herein.

What was your reasoning for recording Generation Antichrist at Dugout Studios in Sweden? Are you happy with the results?

Well, we always like to make each Onslaught album sound very different to its predecessor, so we decided to change our mix engineer once again. I’ve been a fan of Daniel Bergstrand for sometime now and love his work with Behemoth etc, we knew he would bring something very different to the ‘Thrash Metal’ table which is exactly what we wanted. We’re absolutely blown away with the finished article, it’s everything we expected from Daniel and much more. The aggression is off the scale but it still retains so much clarity, which is hugely important for us.

On the new album, in addition to the satanic lyrical fare, there’s also some serious observations about the perilous state of the world. From where do you draw lyrical inspiration?

Sorry but I’m gonna have to pull you up here Peter. There is nothing even slightly ‘satanic’ on the Generation Antichrist album, in fact the word ‘Satan’ has only been mentioned in one Onslaught track over the past 34 years and that was 13 years ago. It’s a major misconception that we are writing about Satan etc., something which I don’t quite understand, the ‘Anti Religious’ tracks are exactly that, they’re not satanic in any way. On the Generation Antichrist track itself we are questioning ‘with contradictions’ the overall validity of Religion up to its non-relevance today. ‘Religiousuicide’ states the fact that ‘Religion itself’ is now to be seen as the creator of its own demise, people simply do not buy into the lies, corruption, manipulation and immorality any longer.

These two tracks are very important to me personally/historically, equally as much as the political takes on ‘All Seeing Eye’: ‘Bow Down to the Clowns’ and ‘Empires Fall’. ‘Clowns’ in particular has taken on a whole new relevance over the past months, which is really quite frightening. This crazy world always gives us so much fuel for lyrical fires. It never ceases to amaze me the unbelievable shit we have to face year in year out, especially here in England. We haven’t tended to be overtly political before but I’m afraid the volume has to be turned up right now. 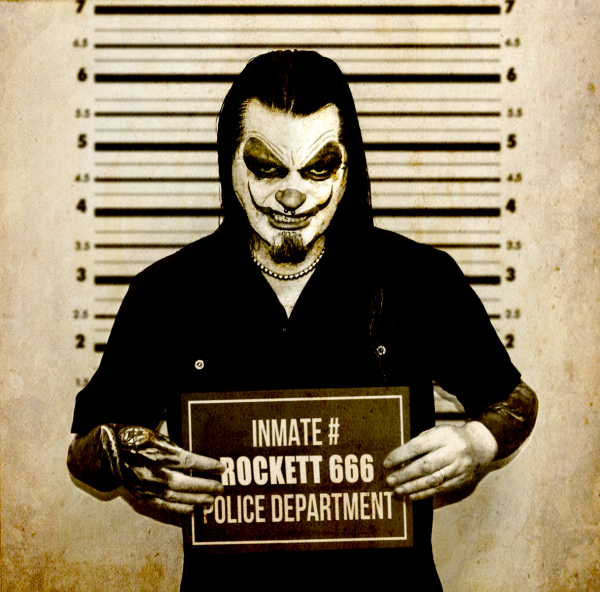 How has it been preparing to release the album in the midst of lockdown?

For me personally its been kinda OK, if there’s such a thing! We were just finishing off the recordings for the album as the lockdown started and then came all the mixing which was interesting. Normally I would be in the studio for the first four days of mixing but that wasn’t possible this time as Daniel is based in Sweden so we had to mix via email and text which was bizarre and very time consuming as you can imagine. A two minute task was taking up to two hours, it was such a nightmare, but we got it done of course. Next all the promotion started and is ongoing, so I’ve been very much flat out busy for three months or so…

With the current uncertainty surrounding live performances how will you promote Generation Antichrist?

The only way that’s possible right now is through our label and our social media sites really. We have several PR companies working for us around the world right now to try and counter balance the lack of shows and that seems to be working well, but there’s no substitute for touring whichever way you look at it. We are booking tour and festivals for 2021 on the strength of the new album release so fingers crossed we’re gonna be at the front of the queue when it all kicks off again…

What are your future plans for Onslaught?

A lot depends on the Covid situation to be honest, we would normally be on tour for the next two years after the album release in the real world but that’s not gonna happen…so I think we will start work on writing another album pretty soon so that we can build up a real momentum in the coming years. There’s not much else we can do right now except prepare for the future. I’m sure there’s gonna be a few countries opening up so there will be opportunities, but shows will be scarce until 2021 at least. 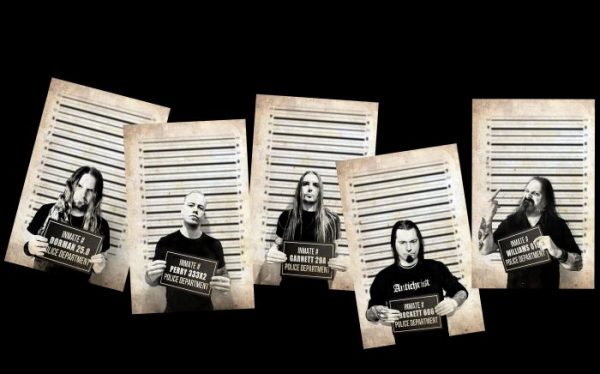