I did really want that banana…

MR’s Nathan Daniel had the chance to catch up with all of Oceans Ate Alaska at Hit The Deck Festival. They’ve had a lot going on of recent, signing to Fearless Records not so long ago and releasing their debut album. Here’s what they had to say.

You guys have had a huge year so far, and we’re only 4 months in! For those that might not have been so aware, would you mind giving us a little bit of a history to OAA?

James: We’re Oceans Ate Alaska, we started the band 3 years ago and we’re from Birmingham. Most people will say it’s a weird name or “what are you named after?” Basically, our name is after the biggest tsunami in human history that happened in the 1950s in the US and it comes from a newspaper headline!

Chris: I’m Chris the drummer – I hit things with sticks, I write things and I record things as well.

James: Chris and Jibs have been friends for years. They originally started the band off together with two other members that have left us to go to uni. They came across me on an online advertisement on a website called ‘joinmyband.com’ and we had a few practices together under a different name and they decided that we’d work on something together. Over the next year, we found our guitarist and bassist!

Have you had chance to step back and take in the reception that Lost Isles has received? What’s it been like for you guys?

We’ve seen the response, yeah. It’s been crazy, just the response of people from countries that you wouldn’t expect. On the last European tour, we were playing places we’d never even heard of and never been to and then these people are rocking up and singing all the words to our stuff that’s only been out for about a week. That’s sick. Seeing the physical CD on sale in Japan and stuff is mad, too!

What have you guys made of Hit The Deck so far, then? How was Bristol?

It was great! We played the furthest venue away from the main academy, but we still got a brilliant turn out and it was fun! The only down side was nothing to do with our set – after we finished, it started raining, so we couldn’t really go out and see anyone else because of the walk between the venues! We wanted ribs, but we couldn’t leave the van to get ribs, haha! But then we did find ribs…

Recording the album out in Michigan must have been an amazing experience – despite sleeping in the studio. If you could pick anywhere to go to record, where would it be?

Yeah, sleeping was the worst part! The first night was the worst, but after that it was okay. Having no running water for 5 weeks was pretty shite, no showers and minus 20 degree temperatures!

There’s that place that Architects went to record their last album, I think it was in Sweden? It’s sick there; they let you record after they’ve finished their hours, which would be pretty cool. We do a lot of our demos and track stuff ourselves – the cover of ‘Drunk In Love’ was tracked at home and sent out from there.

So then, how about the weird banana story about the guy from Nottingham when you toured with Blessthefall, have you bumped into him?

He’s here today, hanging out. We couldn’t believe it! Every time we’ve played here, he’s been here. I mean, it’s cool and we do appreciate it. It was just a funny impression for the first time meeting someone and he’s definitely mellowed out over the past couple of years. But, on a serious note, I did really want that banana.

You’ve still not let it go?

You really wanted that banana!

Adam/Jibs/Chris – You guys have done guitar and drums play through recently! When did you all start playing and have you got any advice for anybody starting?

Chris: Don’t just play metal is my advice. The amount of drummers I’ve come across that listen to metal, write metal and then decide to learn drums in metal – all I see when they play is just big gaps. They just need the whole foundation; just learn how to play drums. Obviously enjoy it, but learn everything properly and don’t cut corners. I’ve been playing my whole life! Since I could walk, I’ve played drums.

Chris – you’ve joined the Vic Firth family recently. How huge is that?

Chris: I’m announcing more soon, as well! Vic Firth is great though, they’re the greatest company in the world. They look after me well and they’re really nice. They posted out a photo of me yesterday rock climbing!

You obviously tend tour with a lot of bands that have a similar sort of sound. What artists would you tour with if you had the choice to pick from any genre?

We’d just discussed this, actually. We’d go with Issues, Architects or Bring Me The Horizon.

Sweet! Is there any settling on how the name for the ‘432 crew’ came about?

It’s a secret, we can’t say. It keeps people guessing and we don’t want to ruin that. People have been working it out, though. It’s all interesting stuff, so keep guessing. Whatever people think about it, though, if you like our music, you’re part of the 432 crew.

The Kerrang! Awards are coming up pretty soon. Are you set to get Best British newcomers, then?

Just to be on the list would be absolutely awesome. We’ve asked people to nominate us and see what happens. Even if we got down to the final five and didn’t win, that wouldn’t be a massive deal. Just to be a part of it with people in that category would be great.

Cheers for your time guys. Enjoy your set and I’ll catch you there. 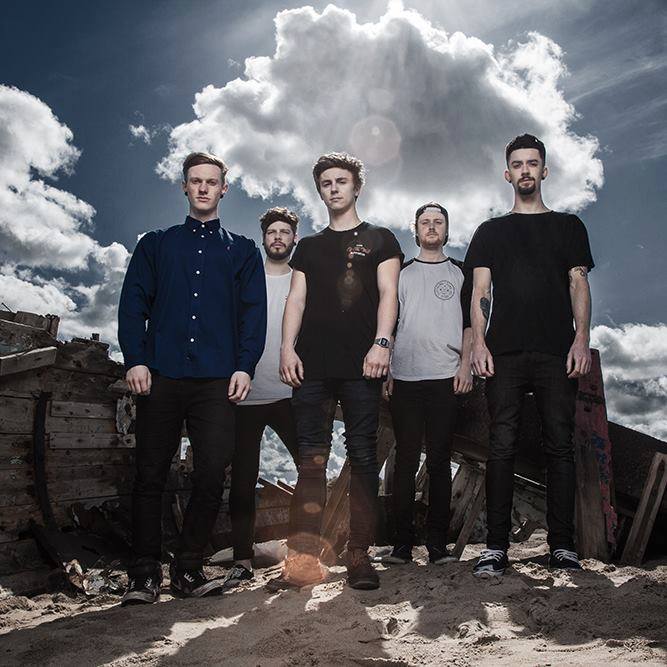