Hello. Please introduce yourself. Can you give a brief history of NEMOPHILA?

mayu: My name is mayu and I’m the scream vocalist in NEMOPHILA. The band started its actives in August 2019, and our first time on stage was at the festival METAL WEEKEND 2019 at Zepp Diver City in Tokyo the following month, where we were the opening act for Loudness and HammerFall on either day of the event. Following that we mainly played in Tokyo and released three singles within a year. In February 2020 we launched the NEMOPHILA channel on YouTube and have been recording cover songs from various bands. For example, Iron Maiden’s ‘The Trooper’! We continue to take on various genres. 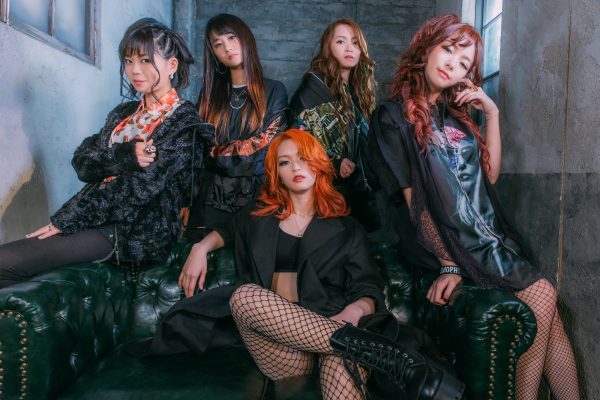 NEMOPHILA’s sound is an amalgamation of different styles (grunge/metal). How do you bring them together into one sound?

mayu: It began with the overall vision that our producer Akiyama-san initially created for ‘OIRAN’. But underlying it is each member of NEMOPHILA, who have their own favourite genres and sounds that they excel at. So the closest to all the genres together is the band itself. In other words, each member brings parts to a song that they think would be cool if it were played a particular way.

Your YouTube channel contains some cool cover songs. How do you choose songs to cover? Are you worried you might be stereotyped as a ‘covers band’?

mayu: Most of them are my selections! Usually they’re my favourite songs so I wanna try ‘em! Am I worried about NEMOPHILA being labelled as a cover band? Haha, nah, I think the performance is still ‘NEMOPHILA’. Anyone can cover a song, but I think it’s important to find a place within the overall atmosphere of the song. If we respect a song and also find space within it to have fun, it gives NEMOPHILA a good reason to do a cover for that song. I believe that’s also the reason we should do covers.

You’re now signed to UK label JPU Records. How did that come about?

mayu: The person in charge of JPU Records liked us and suggested the idea for this album.

JPU will release your debut album OIRAN (Extended Edition). Please tell me about that album. 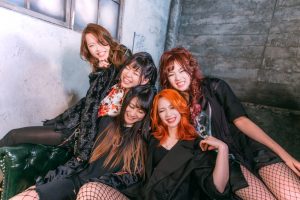 mayu: It will be released on 25th June 2021 in the UK. It’s a great way to listen to all of our songs so far! There is also the full English version of ‘DISSENSION’ included. It was really hard to record – I can’t speak English at all! While recording Teshima-san and SAKI, who cooperated on the English lyrics for this song, instructed me basically word by word for the pronunciations as I sang them. This album definitely will be a memorable one for me!

When recording the songs which make up OIRAN what were your musical and lyrical influences?

mayu: ‘OIRAN’ has a Japanese charm to it the first time I heard it, I thought it would be interesting to combine the image of a graceful female figure, like a Japanese oiran, with screaming – that’s where the theme for this song came from.

‘MONSTERS’ was made thinking about live performances. The synths with its colourful tones had a big influence on this one. It’s not a song made with the idea of being lively when performed live, but rather a song about live music.

When I listened to ‘Life’ I came up with many drama scenarios. For example, what kind of life does the old man sitting on the train have, what about the school kids I just passed while walking down the street? I wanted to write on a theme that anyone can connect with, and express some positive energy at the same time.

What all songs have in common is the themes were created upon my first impressions. I’m like “what is this song trying to tell me”, and I strive to listen to what it tells me.

Do you have any plans to tour Europe when the pandemic is over?

mayu: Of course!! That’s one of my dreams and I really want to make it come true. I have never been abroad… So I want to go as soon as possible! I’m very happy to receive a lot of comments and reactions from people overseas on social media and YouTube. I also hope the world will be able to enjoy live music again soon without worrying about the pandemic. Until then, stay safe and please wait! 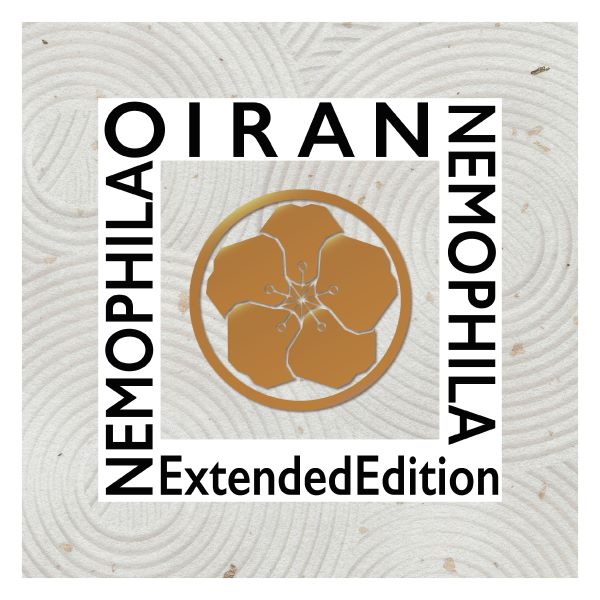