Hi Mike. Thank you very much for taking time out for this interview and congratulations on Digital Resistance (reviewed here). How long were you working on the album?

It took about nine months, but we didn’t work straight through, we had to take long breaks because of work, etc.

The album title is far from subtle and establishes a theme of resistance against the digital age. What’s your view on technology, its effect on the world and the individual, and the relationship between them? 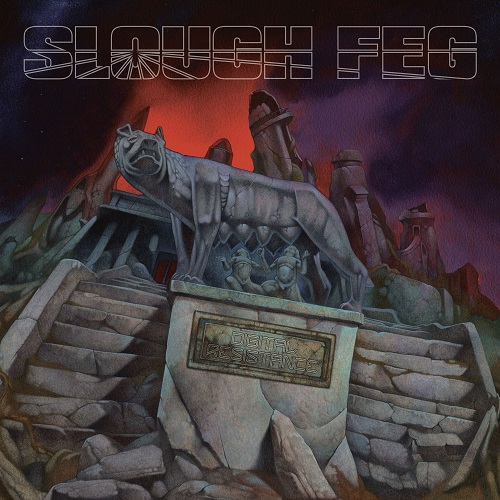 I don’t know what it’s doing to me, or anyone else for that matter. I’m too much in the middle of it; in fact any answer I could give would be one that is at least partially created by technology. Technology is in us, it is us. It’s too late to objectively analyze it. Having said that, I find my dependence on it annoying, although I could stop using it, then I would be extremely isolated. So I choose to use it and complain. But there’s no stopping it at this point, we’re in it for good. My internet service went down yesterday. I felt incomplete, cut off from the world. Like an infant without it. That’s how strong it is.

We now have access to knowledge and information whenever and wherever we want yet with all of this available to us, there seems to be little communication and development taking place. Is it technology itself or is it our conceptualisation of technology that needs to be addressed?

I don’t know. I don’t know it there’s difference. Or if there is I don’t see how I could know it. This is a step in evolution – and there’s no way to see what the results will be right now, but some will need to be weeded out. We will adapt and I believe prosper from this transformation, but we’ll change drastically, perhaps unrecognizably from what we were before. But we will survive I believe, but some of us won’t make it to this next version of humanity. Maybe I am one of them. In fact, because I have not bred yet, I have no offspring; I am an evolutionary dead end. Maybe that’s for the best I don’t believe my genetics are fit for a completely technology automated society.

Is there some vital aspect of our humanity that we have lost to technology and the digital age? If so, given the abundance of technology and its dominance in modern society, do you think it can be regained?

I think there may be. But it may be replaced by something new, something I cannot possibly foresee at this point, though. And no, I don’t think it can be regained. We are technology. I can say I am a primitive man, or that I’m de-evolved or something, but it’s not really true. We all want to be unique, but I know I have more in common with the rest of humanity than I am different from them. Some people don’t want to admit this, but unless you are a vegetable, or truly insane or dis-functional, you are probably more similar to the rest of the human race that you are different. The same things make me happy as do everyone else. I want comfort, love, security, habit etc… I am a man. But I’m not an ordinary man. Oh no no no no no no no no no.

Philosophy has a distinct presence in Slough Feg’s music. Bertrand Russell’s promisicuity gets a mention in the title of the first track on the new album and 1998’s Twilight of the Idols referencing Nietzsche directly. Nietzsche is the one philosopher that metal musicians refer to more than any. His challenges to Christianity and morality, the übermensch, the transvaluation of values, as well as his attitude to art and creativity – that one should “write with blood” – all strike a chord with metal musicians. Why do you think this is?

Because he is obnoxious and contrarian and wrote a book called The Anti-Christ. Simple as that. Most people really do misunderstand Nietzsche in a lot of ways. But that’s okay. He’s fun to read whether you understand him or not. I’m more interested in his critique of the history of values, through his study of language. But then I’m a philosophy teacher, so I should assume everyone else is going to be interested in his academic pursuits. It’s good enough that people like his metal qualities, which he does have in abundance. As for Bertrand Russell, he’s about the most non-sexual man to walk the planet. That song is more a Heavy Metal version of ‘Don’t Stand So Close To Me’.

Slough Feg has been making music for about a quarter of a century and there have been significant changes in the industry during that time. Music has moved from radio to MTV and onto the internet. Do you see this as a positive development? 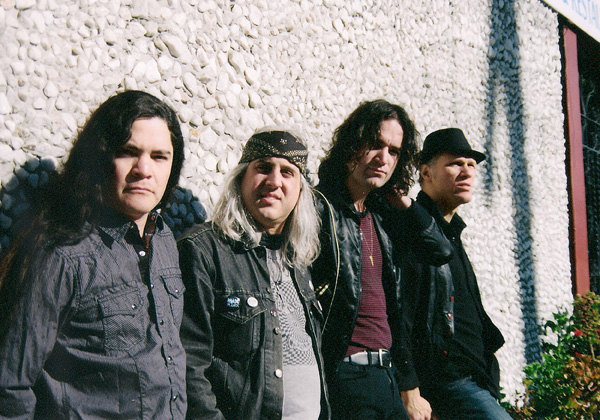 I don’t know. Maybe. It’s really hard to say. Like many I wish things were the old way, and have the ‘sour grapes’ attitude that if things were the way they used to be (i.e. if we were making records thirty years ago) then we’d be huge!!! But that’s a ridiculous and unrealistic attitude to have. One thing that we had back then is quality control, at least a little more. Not everyone could make an album. But some really bad stuff still came out, and maybe now some good albums come out that might not have back them, so it’s really hard to say.

The internet has had a colossal impact on music. Anyone can write a track, upload it and achieve fame (at least in some form), and anyone can access music anywhere in the world, either by paying for it or otherwise. What’s your opinion of the internet’s effect on music?
Because of the abundance of music available so readily, has music lost its value?

Sort of. I guess I might agree with this opinion. But again, I’m too much a product of my time to really know. I certainly do not know how exactly the internet is affecting music. I think it is making it worse, but it’s so hard to be sure. Whatever the case, there is a lot of really bad stuff out there, and some good stuff too. The stuff that is making it, the hits and all that, are worse than ever I think. But there’s always been bad popular music. I’d like to make hits, but there’s no way to do that because the business is monopolised and insular. I don’t know if that’s because of the internet or not. Business took over some time in the eighties, big business. That killed quality popular music, for the most part. Now it does not matter at all how good it is, because someone realized they could sell anything with the right image and packaging, regardless of the sound. That’s why the most mediocre bands of any genre are the biggest now – the blandest are the best. They are easily marketable. If you challenge marketability, forget it. If you are a clone of say, Sabbath, or Motley Crue, or whatever, you have a chance. Not a great chance, but a chance. Originality is out, for the same reason that if someone tried to sell a breakfast cereal that tasted like garlic, it would stand a chance. Well, maybe that’s the best way to describe Slough Feg: we’re like a breakfast cereal that tastes like garlic!!! Think you could sell albums that way?

There are a significant amount of bands that are producing music that is either a pastiche of or a homage to bands from the 60s through to the 90s (Black Sabbath, Led Zeppelin, etc.). Where bands were once celebrated for being ahead of their time, bands are now being revered for their capacity for imitation rather than innovation. Has music come full circle? Is originality in music possible?

Wow, you read my mind in this question, but I believed I answered it. Maybe we are pastiche. We do sound pretty seventies. Like I said above, originality is possible, but it might never see the light of day – or, it certainly wouldn’t reach a wide audience. People buy what they’re told to buy. That’s human nature and it’s not going to change. So if you wanna sell albums, start imitating!!!

Back to the band, Slough Feg have been making music since the early 90s. With so many releases behind you, how do you avoid repeating yourself?

I don’t. I repeat myself quite often.

What does the future hole for Slough Feg? Any plans for shows? If so, will we be seeing you in the UK?

Not sure when, we’ve had trouble with working papers over there. I can’t really come back until we have proper documentation, it’s too risky. But the UK is my favourite place on the planet. Seriously. 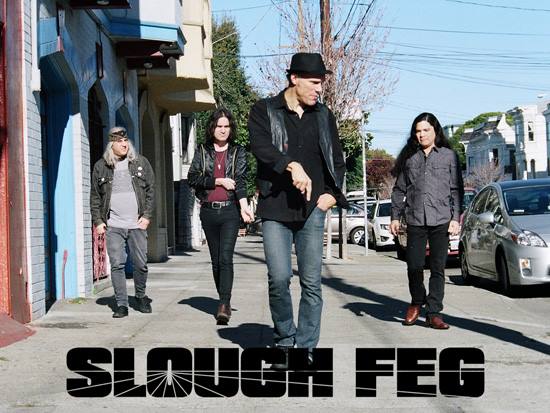