Formed in 2016 in Sweden, Tungsten is a melodic metal quartet created by drummer Anders Johansson (ex-Hammerfall, Manowar, Yngwie Malmsteen’s Rising Force) and with his sons Karl (bass, screams, keyboards) and Nick Johansson (guitars). Soon after, Mike Andersson joined them as their vocalist and the band began recording “We Will Rise” (released in September 2019). Their second album “Tundra” (reviewed here) has just been released by Arising Empire. The music of Tungsten is energetic, speedy melodic metal in the traditions of bands like Rammstein. They have recently hit 100,000 monthly listeners on Spotify — a number that is going up fast and strong.

Hello Mike, thank you so much for giving your time to Midlands Rocks. First of all, how do you pronounce the name of your band, [təngsten] or [tungsten]?

[Tungsten]. Some say it [təngsten] but to me that sounds like the tip of the tongue.

So, do you want to start by talking about Tungsten first? It was quite interesting for me to listen to it, as I remember you from Cloudscape. Back in March 2014 in London you were Royal Hunt’s support act, so that’s where I saw you and remember you from then. That was a completely different type of music, and now you’ve switched to something else?

Exactly, the melodic part is still there; that’s the common thing between Tungsten and Cloudscape, but apart from that, there’s not many similarities, actually. Cloudscape is leaning more towards the progressive side of the melodic metal, and Tungsten is more straightforward, a little bit more catchy, more focused on singalong melodies, so to speak, maybe a little bit easier for the average metal fan to listen to. 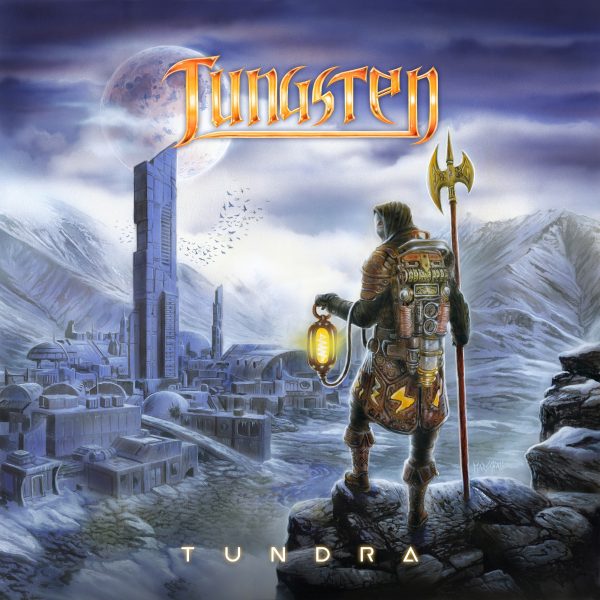 Compared to the first album, it seems like it is more varied. That might sound a bit simplistic, but to me it sounds like basically the English version of Rammstein, and now you’ve got some opera background choruses, some flutes, some folk motives, you even have quite a nice ballad. Does it feel like you are exploring more?

Both albums took some time to write. I don’t really want to say thanks to corona, because I hate corona like everybody else does nowadays in this pandemic, but on the other hand the good thing is we focused on writing the second album without interruptions, so to speak: no touring and stuff. As a member of the band, I do agree with you that “Tundra” is like you say, more of everything, we even have a more epic song, the last one, ‘Here Comes the Fall’. Yes, we are trying out more things, but the basics are still there like in “We Will Rise”. But I think that your description is quite accurate. “Tundra” is a bit more compared than “We Will Rise”.

Who writes the songs?

Basically, it is mostly Karl, the bass player, and secondly Nick – the millennials in the band, the youngsters. They are writing the basics and sometimes Karl also has some basic vocal melodies for me, where I adapt them and do my thing, develop them. In other songs I compose the vocals myself. Nick and Karl write the basics and then we put it all together as a band, and Anders puts his drumming in the song, etc. etc.

How does it feel working in a band that is pretty much a family band (a father and his two sons)?

For me, I have been a friend to Anders for years by now. We also had a band ten years ago, Fullforce. To be honest, to me when it comes to Tungsten, I have a true band feel, it’s not like me and Anders with his sons. We are working like a band, on Messenger we have this Tungsten group where we discuss all things Tungsten, what’s happening, etc., keep everyone up-to-date, we rehearse like a normal band. I rarely get to feel that it is me and the Johanssons, for example. Only maybe at Christmas. Every Christmas we meet up with our families to have Christmas dinner, for example: then we can get the family feelings, but apart from that, I feel it is like a genuine band. None of us are really thinking about ¾ being a father and sons, so to speak. The band is very unique in that way, and it works in a normal band, more or less.

It feels like the whole Scandinavian peninsula is like one big family, all these collaborations and all these names keep floating from one band to another. Your name popped up in Magnus Karlsson’s Freefall a few months ago, that was quite interesting. Are you planning any more collaborations?

I recorded vocals for a Belgian progressive/symphonic metal band or project a few months ago, but I don’t have any info that I can share about it, as I don’t know when the whole album will be finished, but it was a cool song and that was the reason why I accepted the task to record vocals for them. It was only one song. I will be there as a guest. In Sweden because of the corona, there are some musicians that have asked me to participate in a song where the income will go to help musicians and artists (because of corona). Let’s say, it is a bit of “We Are The World” kind of thing, but for musicians and for the corona, so that’s the only thing I have scheduled at the moment to record. Apart from that, we are continuing to work on the third Tungsten album. There are already a few songs in the early stages. We are waiting for the corona, so we can go out touring. We will be touring as soon as the world opens up.

I was actually wondering, trying to imagine you on stage, eventually when everything goes back to normal. I am quite intrigued by this character you’ve got in your albums, Volfram. Are you planning to have some stage show like Iron Maiden or is it just a fictional thing that only lives in the albums and not on stage?

At the moment it is still too early, we are too young as a band. There is simply no economy to create him as a live dude, so to speak. Not yet, but I am sure it will come if everything goes well with the band. For the moment, in both our albums there is a little story about him and on the new album “Tundra” there are two songs that have stories about Volfram. Time will tell, but hopefully we will be able to have some visuals when we play live with Volfram in the background somehow. So, who knows. As of today, we have to wait a bit more.

How do you see your stage image? I follow you on Facebook where you look like this cool dude who has fun with friends and family, “Cheers, it is Friday, let’s have a beer”, and then I look at you on stage or in a video, and you are so serious there. The music is dark and grim, politically engaged and all that. How do you…

Ha ha! Does this come natural to you, or do you impersonate it like an actor? Is it like a different personality?

On Facebook I try not to write too much personal stuff, but I am not afraid of showing a bit of myself, being the positive dude that I, thank you God, am, so to speak. I love music in general, I am a vinyl collector. I am a big fan of music in general, not only metal, but also other genres. Then of course we have our image as Tungsten. We are a serious band but we don’t want to take ourselves too seriously because it gets so freaking plastic.

Tell me about your beer can collection, how many have you got? You collect cans of beer from all over the world, right?

Actually, we threw all that away when we moved from one apartment to another a year ago. But I am still a beer snob, I still like to taste new beers, especially India pale ales. The cool thing is that we, Tungsten, have our own beer. Unfortunately, when it comes to exporting it outside of Sweden, because of alcoholic laws, it is not easy to find a vendor outside of Sweden who could have our beer in stock in their warehouse, but at least in Sweden we managed to get it into the liquor stores, the system allowed it. It will be released officially on January 4th and the label on the bottle is the same as the one on our new album (more or less). It is going to be called Tundra IPL.

Yes, it’s going to be! So if you are visiting Sweden or have friends in Sweden, I would recommend you ask them to buy the beer for you and send it over by mail or DHL or something.

How did it come about for you to sing with Magnus Karlsson? That was a very interesting album with so many great singers. (“We Are The Night” reviewed by us here. AP)

Yes, this is actually the second time I participate in Freefall. In their first album there was a song called ‘Dreamers and Hunters’; that I sang on. Then he released the second one, I think it was called “Kingdom of Rock”, and then the latest one where I sing ‘All The Way To The Stars’. So me and Magnus go many years back in time as friends. We did this Planet Alliance album together back in 2006 which also had different musicians. It was me and Magnus that was the red thread through the album as songwriters and me as a signer, but we also had Bob Daisley who used to play with Ozzy Osbourne and Gary Moore on bass. It was also the first album I recorded with Anders Johansson on drums actually.

Is that how you met, or did you know each other before?

No, we already knew each other but only vaguely. I met Anders already back in the 90s, before I became an official musician, but we only knew each other a bit back then. Planet Alliance I think was the start, when we really started to get to know each other. That album is available on streaming services, Spotify and iTunes. If you like melodic metal, think Cloudscape but less progressive.

There is an official playlist on Spotify actually where we noticed today that they chose a Tungsten band photo for the playlist. It is called “Epic and melodic” or something. If you open the Tungsten profile on Spotify, you can scroll down to see what playlists we are in and you will find it there. We were kind of surprised when we woke up this morning and thought, oh cool!

Oh, this is interesting, I will check it out! Well, thank you very much! It was pleasure talking to you! Good luck with the album!

Thanks and nice talking to you, too! 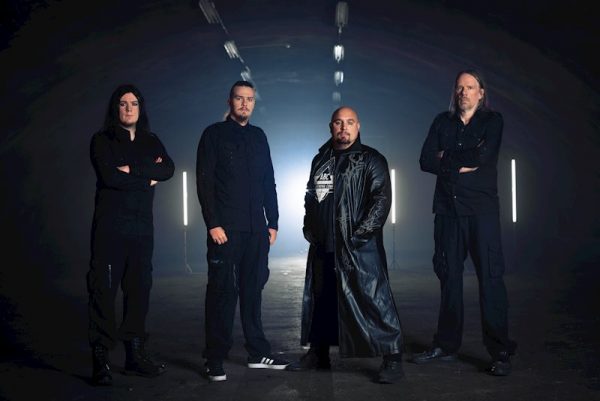