You’re supposed to be a bad boy of rock – that’s bullsh*t!

The lead singer of Hanoi Rocks and now a successful solo artist, Finland’s Michael Monroe needs little introduction so we won’t waste your time with a biography, brief or otherwise. Here, MR’s Martin Stanyer talks to the man himself about touring the UK, the fantastic new album Blackout States as well as albums from his illustrious past such as 2010’s Sensory Overdrive and 2013’s Horns and Halos, as well as set lists, his influences, who he’d most like to work with, maintaining a good reputation in rock ‘n roll and, of course, Alice Cooper.

Monroe’s UK tour which starts 9 October 2015 at The Institute in Birmingham and tickets are available from his website, here.

It’s been two years since you came to the United Kingdom to do a full tour what can fans expect?

Another brilliant gig, there’s our new album Blackout States, the band has only gotten better, we have a lot of chemistry and were excited to play the new album. It’s great to talk with people after the show.

Can you tell us a bit about the new album? Is it a follow on from Horns and Halos or a new concept?

Horns and Halos was the last album and Sensory Overdrive was the album before that. We worked with Ginger Wildheart on Sensory Overdrive, he was replaced by Dregen (Backyard Babies) for the Horns and Halos album. Dregen was replaced by Rich Jones a few years ago. He is a very welcomed addition to the band he’s a great writer, he helped make the new album a bit more punky and melodic, like The Clash, The New York Dolls and the Ramones. We wrote the album together. This album has 6-7 songs that could be singles. It’s a consistent record and has more dynamics. Each album has its own personality.

Where was the video for ‘Old Kings Road’ filmed? And did you have fun?

Yeah, we had a lot of fun always have fun with the guys. ‘Old Kings Road’ was filmed in Brighton at the Pelirocco hotel. All the rooms have different themes, there’s the Rasta theme, the mod theme and my room was the Betty Page room with the green wall. Some of it was filmed in London where we are walking down the streets. It was the director’s idea. 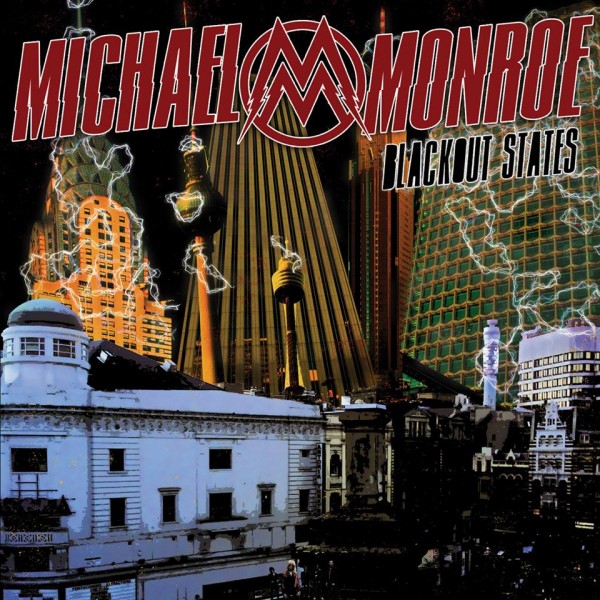 What are you looking forward to the most about the UK and what’s different to say Germany or France?

The crowd is great in the UK, always, all our audiences are good. England is unique; it has a certain vibe and we have history with the UK which is nice. I lived in London for quite a few years; there’s something homely about it.

What can we expect in the set list will it be mainly off the new album or the back catalogue as well?

There’s certain songs everyone wants to hear, some Hanoi tunes, tunes off the other albums, we want to keep fans happy. The band would love to play songs off the new album. We played Camden Rocks over summer where we played a lot of Horns and Halos. It does depend where we are. Depending on which country we’d like to play a lot of the new album as much as possible. There’s some places in Germany and mid Europe we haven’t played much before so we may do some of the older stuff. In Finland we will play most of the new album.

You play a lot of saxophone live. What got you into saxophone?

I started playing sax and piano. I was inspired by Little Richard its part of the rock ‘n roll sound. The saxophone adds nice colour to songs. Little Richard is one of my idols. I’m self-taught. I thought it was a cool thing. Not everyone plays sax in a rock band.

How did the tour with Hardcore Superstar come about?

We were joining forces with someone; we were going to go out with The Damned and that got cancelled. We were then due to go out with Skid Row, that also got cancelled. I’m not sure how it came about but I have worked with them in the studio in the mid-90s doing a cover of Alice Coopers ‘A Long Way To Go’. We will be headlining in the UK and they will be headlining in Germany.

You’re renowned for being one of the nicest guys in rock ‘n roll and have a great reputation? How do you maintain that?

Its natural and I can’t fake it. I believe in treating people with respect. Treat everyone how you want to be treated yourself. You’re supposed to be a bad boy of rock – that’s bullshit. You don’t have to be rude. My grandfather and father were polite, as was my mother. I was brought up good.

What advice would you give to bands trying to break through into music?

I would say don’t try, just do it. Stay true to yourself and don’t compromise your integrity.

Who would you like to work with the most that you haven’t worked with?

The band I have now, I’m really happy with these guys, there are some great people in rock ‘n roll but it’s who you know. I’ve been on stage with Alice Cooper four times, it’s been a great honour. I would love to work with Little Richard or The Rolling Stones. I’m really happy with the band I have and we’re getting better; there’s no egos. We all share the same vision and the same generation. We like a lot of the same music. It’s a lot of fun.

What songs are you considering for the set list?

There’s so many it’s a nice problem to have. ‘Under the Northern Lights’ is something Dee Dee Ramone offered to me in New York in the 90s when we were hanging out. I’ve had this song for 25 years. ‘Under the Northern Lights’ – that line refers to Finland. It was now the time to record it. I have two audio cassettes of Dee Dee’s demos. He played it for me on the acoustic guitar. His hand written lyrics are on the CD booklet. Rich Jones has done the artwork for our album.

What would you like to say for UK Fans?

We are doing two shows with Alice Cooper which will be special on 29 and 30 October. For any of the shows, be there or be very sorry. If you like good, authentic, honest, from the heart high energy rock n roll, come on down.

Michael Monroe plays the following dates in the UK: