Using the power of technology (e-mail, not lasers or anything like that), MR’s Dan Perks caught up with Wovenwar bassist Josh Gilbert to discuss the band’s self-titled debut album and its reception, their search for a vocalist, the difference in musical style to AILD, and their upcoming UK tour with In Flames. Read on…

Thank you very much for taking time out for this interview and congratulations on your new album (reviewed here). The new album is a bit of drastic sound change in comparison to the AILD stuff, what inspired you to push in a new direction?

After writing a few demos and getting in touch with Shane, we recorded vocals with him for ‘All Rise’. We really saw the scope of what was possible with his vocal input and were able to mold the remaining tracks as we wrote to compliment the new dynamic. So naturally, the songs came out more melodic. There was no specific intention to change the sound, we let the process itself organically dictate where we would push musically.

Wovenwar features Shane Blay from Oh, Sleeper on vocals. Was this a fairly easy decision or did you audition a number of different vocalists for the band?

The decision made itself. We’ve all know Shane for quite a while, and nick has known him since high school. As soon as his name was brought up we called him up to figure out if it was possible. After hearing that Oh sleeper would be touring a lot less, we had him fly out and record the first demo. We were completely blown away and so was Metal Blade. After that, the ball kept rolling and within two or three months we had a full album of material. A very painless process. 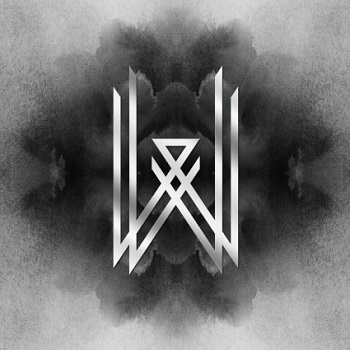 The album has a really positive current through it, was this something you aimed for or is it just the natural energy from where you are now as band?

I think there was a natural excitement around the entire process. Creatively, ideas were flowing so effortlessly and the band dynamic is just so refreshing with Shane. Writing the record was very cathartic for us in a time where nothing was really certain and our world had sort of been turned upside down, so I think that optimism to move on can be heard through the music for sure.

How has the record been received so far? Have you been battling a lot of naysayers who were accustomed to the heavier sounds of AILD?

We have been blown away by the fan support! There are definitely those who are a bit let down that it’s not as heavy, but the vast majority have been as excited as we are. I think it’s pretty evident that the music was written by the same players that wrote all the music in AILD, so I think there’s still something for everyone.

Have you been playing the new material live? If so, how has it gone down with the fans?

At this point, we’ve played about 18 shows and every night is better than the last. The record has been out about two weeks, so every night seems to bring a couple more people in the audience who are singing along, which is amazing to see.

You have a tour coming up for the mighty BLS in the US and a number of UK dates with In Flames. How do you feel about these tours?

We couldn’t be more excited and grateful. When everything happened we weren’t sure if we’d ever be on the road again. Getting the news that we’d be on these definitely lit a fire in us to make sure we were the best live band we could be.

What can UK fans expect from the dates with In Flames?

Sick riffs! In Flames is one of the best live bands on earth, and While She Sleeps is amazing as well, so it should be an all around proper banger.

With a great album to your names already and two huge tours coming up, what are your plans for the future?

Touring, touring, and more touring. We’ve been away for a year, so it’s time to make up for that!

Thanks for your time, Josh. Is there anything you would like to say to our readers?

Thanks so much for checking out the interview! Also, our record sounds just like whatever your favourite band is, so you should definitely buy it.