“Tom went through some very rough times. He hit the proverbial wall, he was more or less burned out.”

Things haven’t been easy in the Evergrey camp the last couple of year. Several changes in the lineup were in order and to make things worse mainman Tom Englund had to overcome burnout syndrome, putting the sheer existence of the band in danger. Luckily things turned around with the band gearing up to release Hymns For The Broken, arguably their best album in years. MR’s Raymond Westland caught up with bassist Johan Niemann to quiz him on Evergrey’s recent hardships, the return of two former members and the ‘King Of Errors’ video among other subjects…

Things haven’t been easy for Evergrey in the last couple of years. What happened?

For starters, Hannes van Dahl (former drummer) received an offer he couldn’t refuse. He was approached to join Sabaton and he turned to us and he asked what he should do. He was 23 at the time and he still his whole career ahead of him, so of course he should join them. Sabaton is very much on the up and up and we weren’t doing much at the time. We told Hannes to join them otherwise we could kick him out (laughs). Marcus (Jiddell, former guitarist) wasn’t very much into our kind of music anymore in the end, so he left as well. He had a lot of other side projects going on, including Avatarium. For us it was time to get back to the drawing board so to speak.

At some point Henrik Danhage and Jonas Ekdahl rejoined the fold again. How did this come about?

Actually we had some festivals lined up, but we didn’t had a drummer and a second guitar player. Those two festivals were booked when Hannes and Marcus were still in the band. Since Tom (Englund – guitarist/singer) was still in contact with Henrik and Jonas it was a no-brainer to ask them to help us out. They knew the material so it was an easy fit, but they were only there to help us out during those two festivals. It felt really good having them in the band again and it all worked marvellously. This also opened this small window of opportunity for them to rejoin Evergrey on a more permanent basis.

So what was the pivotal moment when they actually said yes?

That was much further down the line. We already had a couple of new songs written and we were entertaining the idea to hire Jonas as a session drummer and Tom handling all the guitar duties. Basically anything to just get a record out. Tom had a lot of talks with him and Hendrik as well which resulted into them rejoining the band again.

This brings us to Hymns For The Broken, the new album. It’s an intensely personal record as it reflects Tom Englund’s personal struggles. Can you share some light on that?

Tom went through some very rough times. He hit the proverbial wall, he was more or less burned out. The lyrics reflect all the thoughts and emotions he went through in order to get his life on track again. It also handles about losing your identity, the person you thought you were and what happened when you lose that sense of security and how you slowly rebuild your own persona again one step at a time. Like you said Hymns For The Broken is very personal and intense record.

In general Evergrey’s music is very emotional and dark, but there’s always a glimmer of hope. Do you guys receive feedback from fans telling you that certain songs helped them getting through difficult times?

Yes, we do receive those kind of stories a lot, especially Tom gets them by the dozen. He’s the band’s main lyricist and focal point. There have been a lot of cases where people have written us that certain songs helped them dealing with tough times and situations like depressions or losing loved ones. That’s an incredible thing to get as a musician and it’s very humbling to get that kind of response. It truly is.

Getting back to the new album, can you tell us what the writing process was like?

When Jonas accepted our offer to come back again he came in with like twenty songs or least ideas for songs. Not the vocal lines, but more like guitar, bass and drum parts. Some songs were almost fully written, other ones needed some more work. We sifted through his ideas. Tom had a couple of song ideas, as did Rikard (keyboardist) and Henrik had some ideas as well. So we all sat down and listened through all the ideas we had and we picked the songs we liked. Seen in that light Hymns For The Broken is very much a band effort. Other songs were partly used or morphed into something completely different when we started to tango with them in order to make them more solid and fit in with the rest of the material. It was very much a group effort in the sense that everyone had equal say in which parts and song ideas would be used for the new album.

The fact that the new album is a band effort do you think that contributed to the material’s freshness and energetic feel?

I think so yes, but it also has to do with the way we recorded the album. The drums and bass were recorded live and that was something we haven’t done before. We also rehearsed the songs before entering the studio, which is something we haven’t done before as well. That gave the songs a lot of energy. The energy level during the recordings was very high and I think that comes through when you listen to the new album. It has more of a live feel if you will.

Another thing I’m really appreciative of is that you guys decided to incorporate some new elements to the band’s sound instead of rehashing old ideas. Was this a conscious decision?

Not so much, it just kind of happened really. We’ve all grown as musicians and we get influenced by all the music you hear and the things that happened in your life. As a band we like to take things furthers and push the envelope. Not consciously, but there’s a part in you which likes to move on and discover cool new things and make the best record you possibly can and that happened to be this record. If we would have waited and recorded the album another time, it would sound entirely different. New things happen and people change and grow all the time and our music is a reflection of that.

Let’s talk about the ‘King Of Errors’ video clip. It has all the pomp and circumstance of a massive pop music video and it comes across as a larger-than-life type of statement that Evergrey is still alive and kicking. How do you see things?

This is very true actually. We felt that we made the best record we possibly could in regards of the music we’ve written, the production, the mixing and the mastering. The video clip had to be larger than life and reflect all the time and energy we’ve put in making Hymns For The Broken. That’s why we used that massive crane in the video, because we wanted to people to be in shock and awe when they watch the video on Youtube for instance. I don’t want to tell people how to feel about the record, but we are very proud of what we achieved  and our sense of confidence is reflected in the video as well. It simply had to be larger than life. It simply had to be in order to get the message across. The essence of the new record is very much represented in the ‘King Of Errors’ video clip.

Can you take us through the motions of the recording the video clip?

The video is produced and directed by Patric Ullaeus. He is one of the most sought after video directors in Sweden. He works with big companies and famous pop stars as well, big budget type of stuff, you know? (laughs). There was one day of filming on that crane and that was on the day that I was a part of the whole production. All the nature shots with Tom in it was shot over a period of seven or eight days with just him and Patric. The day on the crane we started working at eight in the morning. At first we had to get all the stuff in a very tiny elevator to the top of the crane, so you can imagine it took us forever to get all the equipment there where we wanted it. I

It was an absolute nightmare (laughs). In the videoclip there are a couple of flags and the flagpoles didn’t fit into the elevator. So Jonas, poor soul, took it upon himself to carry those flagpoles on the stairs up to the top of the crane. I would have refused, because I suffer from fear of heights. I definitely would have refused if they’d asked me to do it. We started filming around noon. All the angles had to be checked and whatnot and we filmed throughout the afternoon until Patric was satisfied. It was just basically take after take after take (laughs).

With your fear of heights in consideration, shooting the video on that massive crane must have been quite an experience for you to say the least..

Oh yeah, it took me almost an hour to get halfway of feeling okay. I had to sit down on the crane not to get panicked. It was a rough day for me. After I was used to it if felt okay. Hopefully it doesn’t shine through too much in the video (laughs).

Finally, what touring plans do you guys have in support of the new album?

We decided not to book anything until we saw how the initial response to the album would be and how it would be received by fans and critics alike. It was a clear decision on our part not to have a booking agent or a manager. Tom is in talks with some folks and we’ll be looking seriously into this when the current press and promotion tour is finished. When we get a good vibe from someone we give that person free reigns in whatever he or she want to book. There won’t be a massive tour this year, but perhaps some select gigs here and there. Basically fly in and fly home. We’ll be looking into playing festivals next year definitely and hopefully there will be a tour in the Spring or Fall of next year or possibly both. Hopefully we’re going to tour as much as we can (laughs). 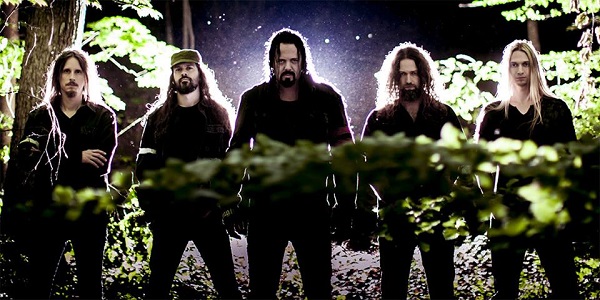