Describe us how you like, as long it doesn’t end in “core”…

With their new album Anything That Moves to be released 29 June 2015 through Black Bow Records, Joe Harvatt, guitarist of Cardiff’s Intensive Square spoke with MR’s Paul Castles about, amongst other things, the band’s background, their album, their heavy sound, sci-fi, taking the piss, and why they are not simply “Meshuggah with trumpets”…

Hi Joe, many thanks for speaking with Midlands Rocks. Can we start by just finding out a little about the band’s background? Have you known each other a long time?

Hi Paul. It’s my pleasure. Sure. Most of us have known each other for and have been playing together in some capacity for what seems like forever. We’ve taken our time building our sound over the years and we’ve been through a couple of line-up changes along the way. We replaced our bassist with Tom way back in the early days, and we’ve been through a couple of vocalists, but we heard our old friend Chris’ vocal style a few years ago and it suited what we were looking for perfectly so we decided to overlook his social misgivings and did what we had to do to get him in the band and we haven’t looked back since.

Is Cardiff where most of you are based?

Yes. We’re all from West Wales but Cardiff is probably the band’s home for now. Joe currently lives in Bristol, and Chris lives back home in Pembrokeshire, where we’re all originally from. The distance makes it difficult for us to play together as much as we’d like to, but we feel like it’s worth the hassle.

Intensive Square has a seriously heavy sound, even veering towards Death Metal. Without wishing to pigeonhole you, how would you describe your music?

We just describe it as metal. We have influences from many of the metal sub-genres but don’t necessarily identify with one more than the other, death metal or technical metal etc. But we’d like to think it’s all in there. We’re also inspired by a lot of music that isn’t metal, like pop, jazz and rap, as well as films, computer games, art, and literature. We’ve been described pretty weirdly in the past. We once overheard a guy naively describe us as sounding like “Meshuggah with trumpets”. We love Meshuggah, and so we’ll happily take that as a compliment, but we’ve never had a trumpet onstage.

I’d say that progressive death metal is more accurately what we’re going for, but we also stray away from that quite regularly. People tend to make up new sub-genres for every new band these days, and we think that’s pretty daft considering that many of them don’t mark an innovation or advancement of a well-known style. Simply calling our sound metal suits us just fine, but people are free to describe us how they like, as long as they don’t use anything that ends in “core”.

Your new album Anything That Moves is released 29 June 2015. How excited are you all about this?

Extremely. We’re looking forward to getting this material out there and then getting stuck into the next one. This album has been a long time coming for us and so we want to get it out there and keep the momentum of the band going. We’ve already started already writing new material for the next one and we’re really excited about some of that stuff.

Do you feel it’s come out the way you hoped?

Absolutely. Better than we hoped. Working with Chris Fielding was really good for us. He totally got what we’re going for and made the whole process open and relaxed. Tom’s also nailed the album artwork and it suits the vibe we were going for perfectly. He always comes out with mental shit, so it made sense to keep that in-house. 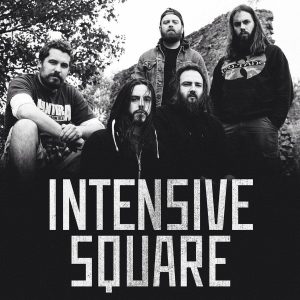 Is the songwriting shared around or does the band have one or two members taking responsibility for this?

Barnes (guitar, saxophone) and Rich (drums) write most of the material and do the arrangements, Joe (guitar) tends to contribute riffs that get slotted into tracks, or sometimes Barnes and Rich will write and arrange working from them as starting points. Where we’re living and what’s going on affects the process, but everyone’s open to bring music in. Lyrically it’s pretty much all Barnes.

Is there any constant theme throughout the record or does each song stand on its own?

There’s not any intentional overriding theme to this album. Some of the songs are about science fiction stuff whilst there’re also songs on there that are taking the piss out of stuff. The tracks were written independently from each other, so there’s no definitive concept uniting them, but they’re all quite progressive and obnoxious.

Rich Lewis is drumming with you and also Conan of course. Is that a difficult balancing act?

Not so far. We’re optimistic that his commitments can work positively for us. We’ve all been Conan fans since before Rich joined them. We all think they’re a great band and so we’re proud to have him doing what he’s doing with them. Conan are obviously a very different sounding band to us, so if that experience widens his palette as a player and a writer, we think that that can only be a good thing for us.

Joe, I believe you also play bass with Hark? Do any of the other guys have any additional musical projects?

Yes, I play bass in Hark. We’ve all been involved in various different music projects, a lot of the musicians in South and West Wales seem to be jamming in new projects. Tom (bass) has put out a savage doom EP with Gas Axe, and Chris (vocals) sings for King Death who have an Iron Monkey/Superjoint Ritual kind of sound. Barnes (guitar, saxophone) has some other stuff in the oven at the moment too.

It was recorded by Chris Fielding for Black Bow Records which is of course managed by Conan’s Jon Davis. With Chris also playing alongside Rich in Conan was this the obvious road to go down?

Well we actually recorded the album before Rich joined Conan. I think he ended up joining them because they liked the drumming he did on our album. Rich joining Conan was more a consequence of us having already worked with Chris and Jon and our involvement with Black Bow came later on. We’re extremely grateful to Jon for taking us on and putting time into us. We got on really well with both Jon and Chris when we were at Skyhammer, and they pointed us in the direction of James Plotkin to master the album, which worked out greatly for us. Because of that experience, Black Bow was an attractive choice for us. The communications really easy and everyone’s totally up for being cool. It’s a great relationship from our perspective.

Chris has a great reputation – how did you enjoy working with him?

Always a laugh working with Chris, and he puts the fucking hours in too. Chris has worked on some incredible projects, so, for our record to have his name on it is an honour for us. Much respect.

Any immediate tour plans to promote the record?

Currently looking at our options and getting some plans together. First confirmed date is Jersey 22 August. We’re just putting the finishing touches on a music video for ‘Vegetarians’ too. We’re pretty excited about that as we’ve put a lot of time into it lately, and we’re hoping that it’s gonna pay off.

Thanks for talking with Midlands Rocks; really hope the album works out well for you. Any closing words for our readers?

We’ve never played the Midlands so we’re hoping to make it over that way soon. I’m sure we’ll figure something out. See you in hell! 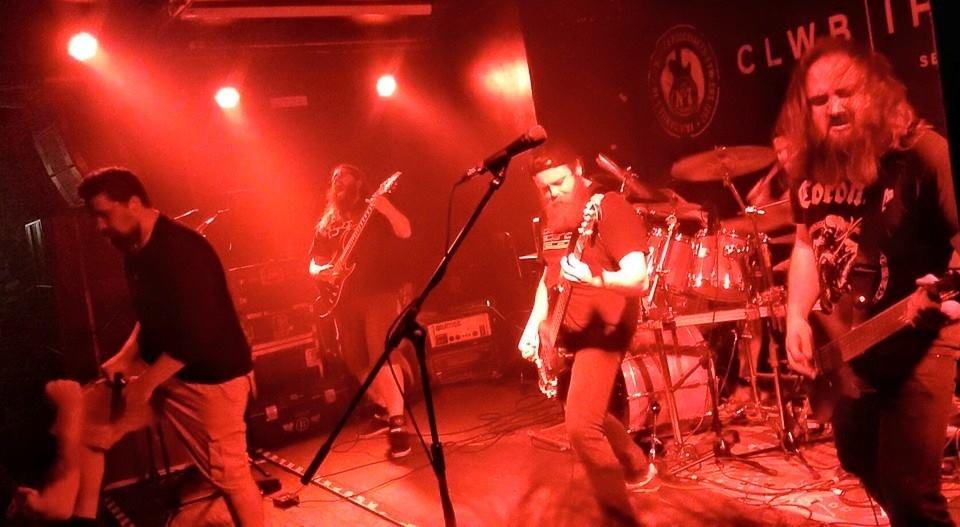