Risk Everything is really my life philosophy; don’t hedge your bet when it comes to your passion, for me its music.

AOR songwriting hero Jim Peterik has just released a new album with vocalist Marc Scherer. Risk Everything was released on 20 April 2015 on Frontiers Records and showcases Peterik at his AOR best. As a massive fanboy of the Survivor keyboardist, MR’s Woody was keen to talk to Jim about his latest project.

So the obvious opening question is how did you discover Marc Scherer and why did you decide to write an album together?

I heard an amazing tenor voice coming through my studio door about three years ago. I walked in and met Marc Scherer. He reminded me that we had met two other times through the years, once when I was in the studio with Ides Of March and once with Survivor. Each time I heard him I asked him for his number, but always lost it, finally we connected. 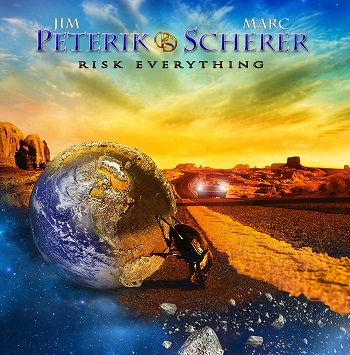 Your album Risk Everything has just been released has it turned out as you originally hoped?

I truly love this album. Each track contains a special memory for me, hiking the Cinque Terra in Italy with my family and writing the song ‘Risk Everything’. Touring the Vatican and writing ‘Thee Crescendo’ as I gazed at the Raphael’s on the walls. I loved writing ‘Broken Home’ with Marc, who has turned out to be a very good song writer as well as a vocalist.

Can you talk to us about a few of the songs from the new album? Any meanings or stories behind them fans would be interested in?

Risk Everything is really my life philosophy; don’t hedge your bet when it comes to your passion, for me its music. When I was dating, it was doing everything to win the heart of that one special girl. When I left Survivor I put my future on the line, but I believed it was the right thing. I still do. Leaving Survivor is also the theme of ‘Independence Day’, so I parachuted out from a dream about to crash.

You’re a well respected songwriter in AOR circles and you’ve constantly over the years delighted genre fans with your compositions. My question is though are lyric’s important to you? Do you write from experience with lyrics been personal or do you choose subjects and write lyric’s you know genre fans will relate to?

My best lyrics seem to be from experience. They are the most real to me; ‘Hold On Loosely’ by 38 Special addresses my tendency to be possessive in relationships often to my own detriment. ‘The Search is Over’ is about missing the obvious, which I tend to, do all the time. And well ‘Eye Of The Tiger’ speaks for itself.

Are there any plans for Peterik/Scherer to perform live in the UK?

Is playing live important to you or do you prefer to write and record as opposed to be on the road?

I need the live experience to do my best song writing. It’s good for my perspective and for my own ego. I live for the crowd response; I have always thrived on it

Obviously your famous for been part of genre legends Survivor, which song are you most proud of from your time with Survivor?

I really am proud of just about every song on Vital Signs, the band and my song writing really hit our stride on that one. But I also love ‘Man Against the World’, ‘Desperate Dreams’, ‘Across The Miles’ and of course ‘Eye Of The Tiger’. The stories I hear from people that song has inspired are better than any money I have ever earned!

Pride Of Lions is a great passion of mine. To write for a massive talent like Toby Hitchcock is a dream come true. I Love ‘Sound of Home’, ‘Music and Me’ – my story for sure! – ‘Immortal’, ‘Sending My Love’, ‘Gift Of Song’ and of course ‘Unbreakable’. Each CD has some of my faves.

What are your plans now ‘Risk Everything’ has been released? And do you have any other projects in the works?

The Ides of March have just released a five disc box set called ‘Last Band Standing – The Definitive 50 year anniversary Collection’ four music discs spanning half a century with 77 tracks and 3 brand new songs. Disc 5 is a DVD of the Ides live at House of Blues in 2014 and archival footage. I also host a reality TV show in the States called ‘Steal The Show’. The Show documents recording sessions with a talented siblings group I work with – Ariel, Zoey and Eli. Great fun and great music, it’s shown on the Cozi cable network. Also I am starting to write for the next Pride of Lions album to be released early in 2016. I’m also planning a totally unplugged project of my biggest hits.

I’ve been very fortunate in my career to work with some extremely talented musicians and singers. No one is an Island. I count myself lucky as a song writer to be in the presence of so many greats. I also wanted to give a shout out to the European market that seems to embrace good melodic music and strong positive messages. Thank you so much for your passion! Keep Rocking! 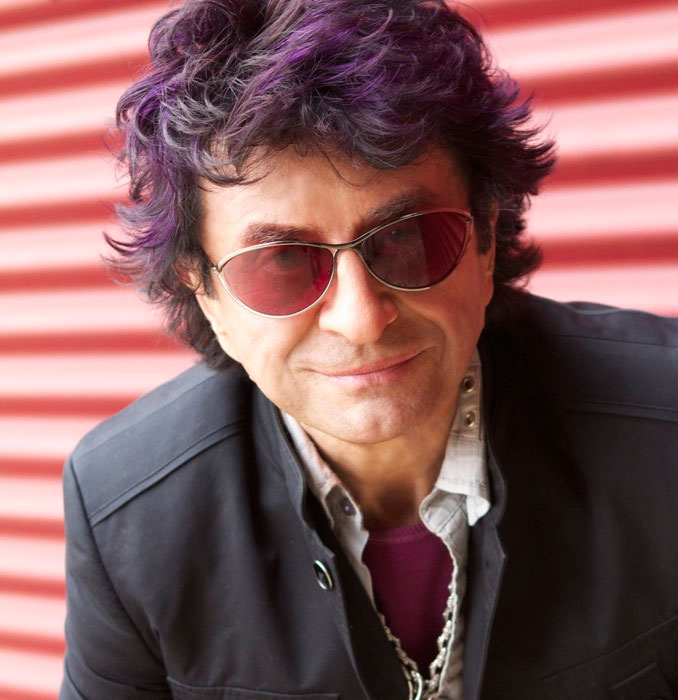