From the first rehearsals we were all in harmony.”

With their second album Tekeli-li recently released, Jeff Grimal, guitarist/vocalist of The Great Old Ones spoke with MR’s Jason Guest about the band’s formation, its evolution since 2009, his artwork for the album, and the impact of H.P. Lovecraft and his novella At The Mountains of Madness on their music…

Thank you very much for taking time out for this interview and congratulations on Tekeli-li (reviewed here). The Great Old Ones has been making music since 2009. Can you tell us about how the band formed and what it was that drew you together to make music?

The Great Old Ones was the first solo project of Benjamin Guerry. I knew Benjamin, because we played in the same rehearsal room and one day I saw an advertisement of the project and show my passion inveterate for this kind of music, I contacted him immediately. Thereafter, I contacted Leo Isnard (drums) that I had seen in one of his groups and I immediately thought he would be able later to join us. For others (Xavier Godard, guitar, and Sébastien Lalanne, bass) we found by ads. From the first rehearsals, we were all in harmony.

We always work in the same way, Ben composed most of the songs and we do the rest in rehearsals. Of course we know better how it must feel in the evolution of the group. Conceptually, nothing has changed, the concept is still based on Lovecraft.

Can you tell us about Tekeli-li? How long were you working on it? Is it all new material or has it been in the pipeline for a while?

Tekeli-li is a concept album about Lovecraft Mountains of Madness, it took nearly 2 years to compose. It consists of 5 tracks, there are a lot of changes compared to the first, it is much more successful, more intense, dramatic, dreamlike, and you can also hear the classical guitar and cello as well as French texts.

The texts speak of the “Mountains of Madness”; it’s very hard to know how the process works for inspiration. I think because we are such fans of this author, ideas come quickly.

Did the writing and/or recording process differ for this album in any way to Al Azif?

We recorded this album with the same sound engineer (Cyril Gachet), the method was the same with more time and resources to achieve it. There is an evolution in terms of sound, much bigger. We worked with a lot of effects like reverb and delay to achieve a compact and light intensity. In addition, the musical performance is tortured while remaining clear. I think we did very well to capture the identity of the Mountains of Madness.

The artwork is incredible. Who designed it? And how much direction was given for its design?

I made the covers of the album and the box. I had free reign to design. To create my artwork, I try to immerse myself in the music, I’m in a state of extreme concentration can approach some trance (however, I do not dance naked alone at home), but the process is done with more work to get the result. Regarding the last album, the covers were made to oil painting, in a style of abstract with a colour overlay, which gives an embossed finish and volume. I also did a lot of work in black and white for the inside of the book “The Mountains of Madness” that can be found in the box. This work is in a style of pointillism. And do not forget “Actors Shadow”, which took care of the layout.

H.P. Lovecraft is a significant influence on the band. What is it about his work that makes it such an integral part of the band’s identity and music?

Yes, it is an integral part of the process of composition and musical identity group. This fits perfectly with the dark black metal style which is immediately what I like about this author: the mysterious and bewitching side of his stories, how he describes the unfathomable evil, the absolute blackness, the shapeless pure state. He immediately captivated me, since I was very young, I devoured his stories with lots of thrills at the beginning and admiration thereafter.

Ben wrote 80% of the album. In rehearsal, we offer and can change certain things, certain arrangements, certain rhythms.

We had pre-prods posted on a forum and Gerald’s (Milani, label founder) shadow fell over. He was immediately hooked and offered us a deal. The team LADLO is a mammoth task for the promotion and dissemination of its groups. Gerald is a badass, who is highly motivated, has a lot of experience and makes us enjoy his address book. It allowed us to be present on posters that seemed inaccessible. I think LADLO done more for his many groups most famous labels.

What does the future hold for the band? Is there more music in the works?

At the moment, we do the promotion of the album, we will begin to write new things soon, I hope.

We will play on August 15 at Motocultor Festival and also on 27 September in Nantes. Currently no gigs planned in England.

Thank you very much for your interview, and thank you to all those who supported us from the beginning. 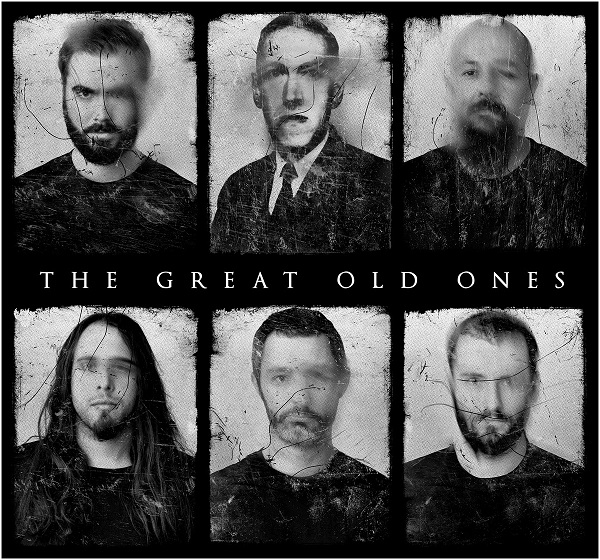