It’s been a busy 12 months for Japan’s metal heroines BRIDEAR. Not only were they one of the first international acts to tour the UK when the Covid restrictions were lifted last year, they also found time to release a brand new album, Aegis of Athena (reviewed here). However, the band still found time to talk to The Midlands Rocks to discuss the new record and their forthcoming tour.

The last year has been very busy for you. Firstly, how was your European tour? What was it like playing shows while Covid-19 was still prevalent?

KIMI: In Europe, vaccinations and vaccination certificates are more widespread than in Japan, so we were able to enjoy our shows as much as we did when we were overseas before! Thanks to the staff’s checks at the entrance and the cooperation of the fans, we were able to tour successfully. Thank you very much!

MISAKI: I was really happy to be able to perform in a place I have not been able to visit for a long time. We had not been overseas since 2019.

AYUMI: It was very exciting. Although there were many restrictions, I was able to directly feel everyone’s thoughts and feelings, and I am glad that I was able to go to Europe again.

NATSUMI: Before going on the European tour, I was worried whether the audience would come because of Covid. I was afraid that only a few people would show up, so I was very moved when I saw the venues filled with a large crowd and happily raising their hands in the air and cheering. It was such a great feeling to perform in front of so many people!

You have also released a new album, Aegis of Athena only 13 months since your last record. Why did you record a new album so soon?

KIMI: I wasn’t really aware that it was so early, but maybe it was because we had just come back from a European tour and the excitement of the tour helped me write songs!

HARU: Touring Europe at this time of the year was a very valuable experience. We produced the album because of what we felt on that tour, what we felt with the Covid-19 craze, and what we wanted to convey now.

AYUMI: I think all the members wanted to make a work of art as soon as possible from the stimulation we felt on our European tour. 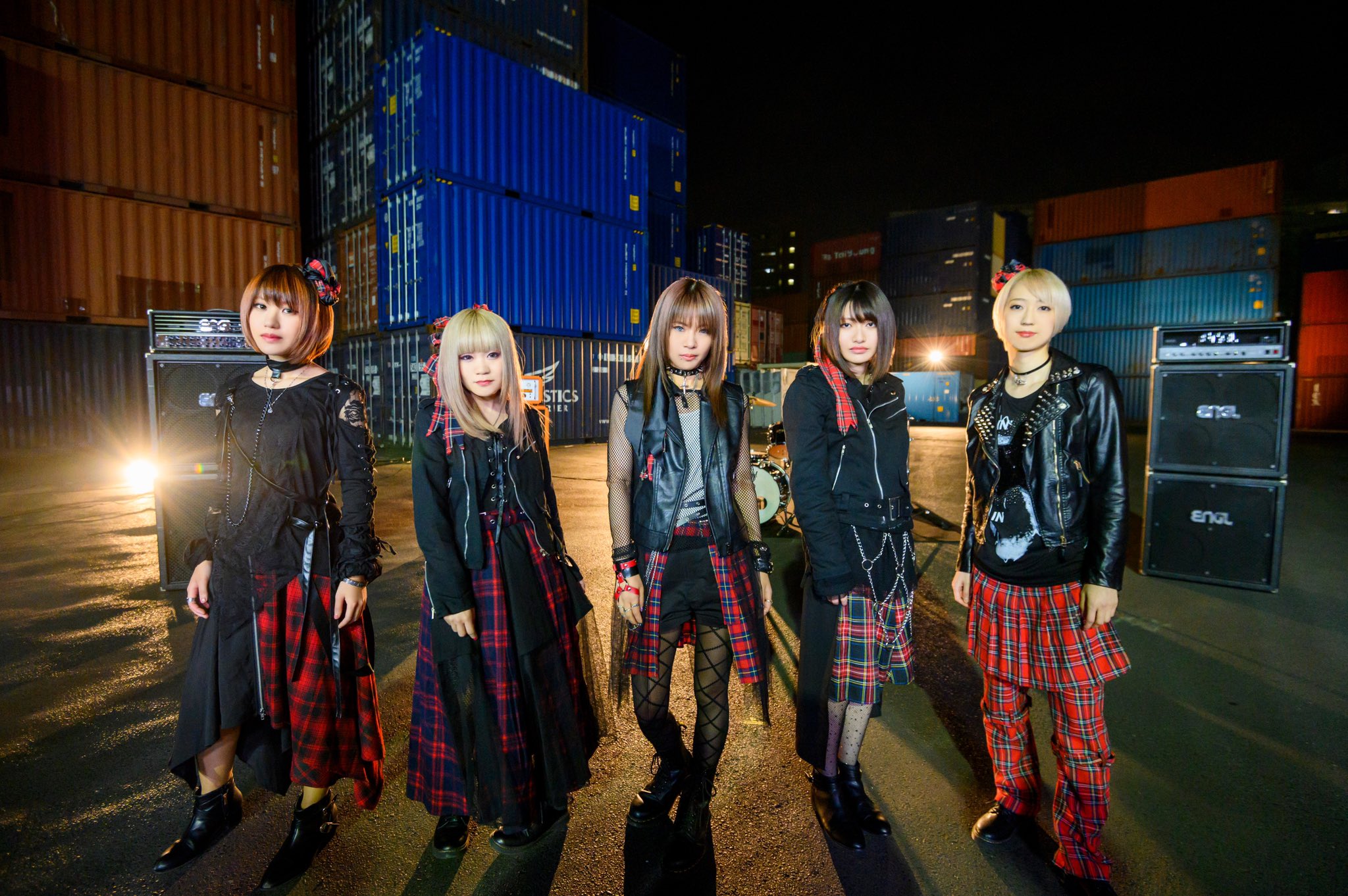 KIMI: Many of the songs on this album are positive and upbeat, so if you feel that way, it’s a great success, I think.

HARU: We weren’t particularly conscious of it, but perhaps the wish and hope for the end of the Covid situation was expressed in that way.

AYUMI: Certainly, each of us had our own thoughts in mind when we wrote and recorded the songs this time. But I think the strong feeling of “BRIDEAR is going to succeed!” is expressed in these songs.

NATSUMI: When the world became darker and more restricted due to Covid reactions, I thought music should be cheerful. So I definitely wrote a brighter song.

What musical influences informed your writing of the new album?

MISAKI: The arrangement of ‘Side of a Bullet’ was influenced by genteel music. The backing pattern, the riffs, and so on. There is a classical component. ‘The Bathtub’ is mainly influenced by Japanese artists.

Lyrically too, Aegis of Athena has a different feel than Bloody Bride. What influences did you draw upon when writing lyrics for the songs?

KIMI: I wrote the lyrics based on the scenes that came to me when I heard the song, so all the influences came from the tone, arrangement, and melody of the demo.

MISAKI: For ‘Side of a Bullet’, I wanted to put together a mythological and narrative style of the Covid disaster, so I imagined the atmosphere of The Legend of Zelda, which I love.

AYUMI: I wrote the lyrics as a declaration of war, positive and “let’s fight” to share my feelings for the band and my strong feelings for everyone who listens to the song.

How do you write songs? Are they collaborative efforts or do you each bring different ideas?

KIMI: We each contribute and compose our own songs. It depends on the song, but some of them are arranged during recording. We each bring ideas to the production and try to put them together as a band.

This line-up of BRIDEAR has been together for several years. Do you think this helped when recording the new album?

KIMI: I would say it helped because each of us has a strong individuality in the songs. We couldn’t have made this strong and positive album without these members.

MISAKI: We have come to understand each member’s tastes and work pace, so things went smoothly and we were able to create a cohesive album.

AYUMI: I have a deeper and deeper understanding of each member’s personality, so I am able to work with them really well in recording and song writing. 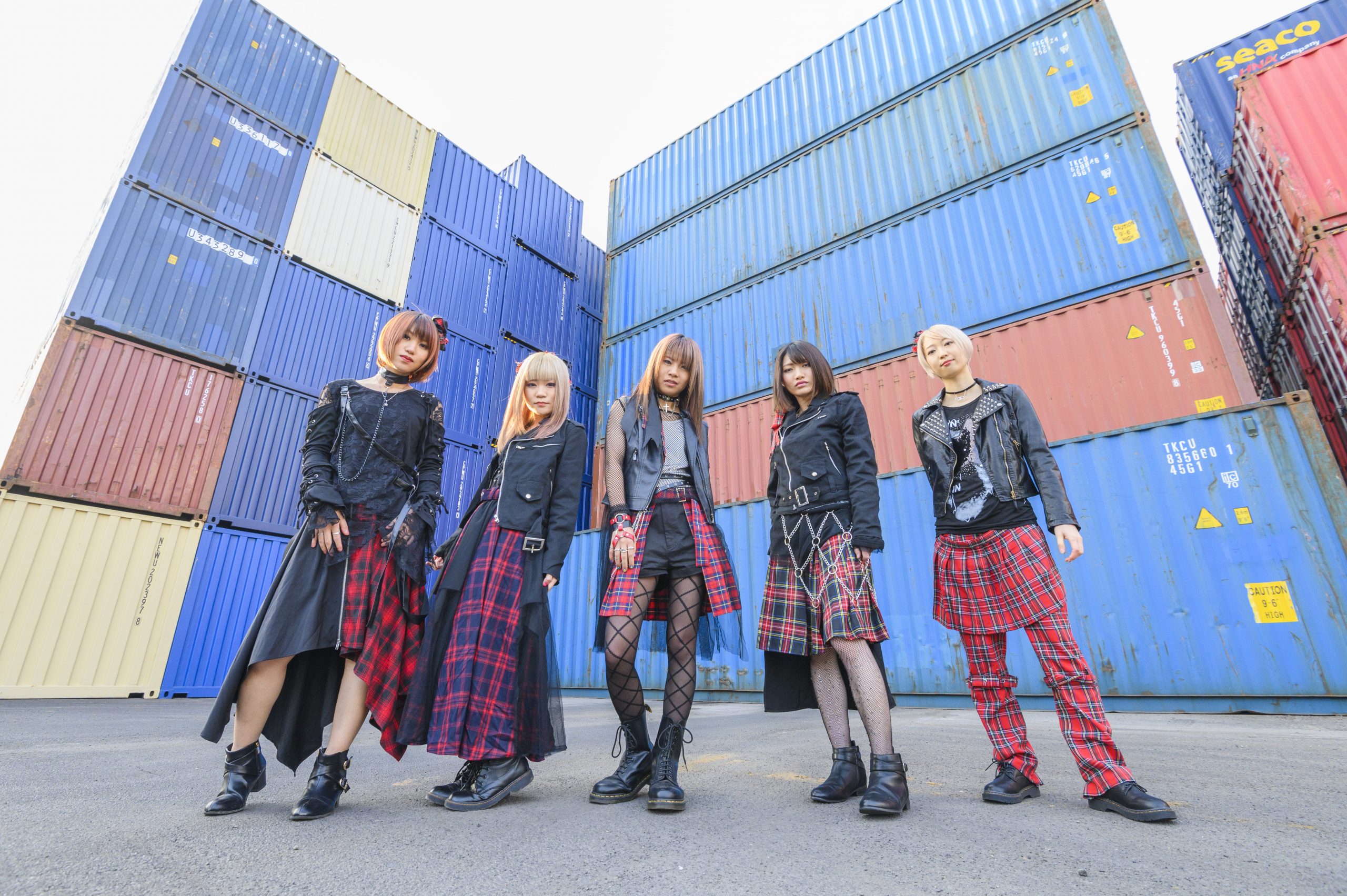 How do you feel about Aegis of Athena now it has been released? Anything you’d like to change?

KIMI: It was a great pleasure to be able to release the album not only in Japan but also overseas.

HARU: Many of the songs on this album were born from the experience of touring Europe while Covid-19 was still affecting the music scene. As expressed in the album, I hope the world can feel the hope and fight as one. I think it is a great idea.

There is a new video – ‘Determination’. You can immediately tell that it is a BRIDEAR video. How involved were you in the production?

KIMI: We aimed to make the music video simply “cool,” so we are very happy to hear that you can recognize us at a glance. The director thought of various ways to make the music video, so we left most of the details to him. We discussed the costumes among the members and devised ways to visually express the strength of BRIDEAR.

HARU: We discussed about the monochrome at the beginning of the video based on the opinions of the European staff, and for this music video, the members alone produced the costumes.

Finally, how will you promote Aegis Of Athena? Do you have any plans to come back to Europe soon?

BRIDEAR: We are back on tour this September in Europe and of course the UK! Please check our social media and websites for updates!