Along with Youth (Killing Joke), Jah Wobble redefined what bass playing could be by incorporating dub reggae and forging the endless possibilities of post-punk. He’ll be playing the Hare and Hounds, Birmingham on 14 February so Peter Dennis spoke to him to get the low down.

Can you tell me about your musical journey and your first musical memories?

The theme tune to Johnny Morris’s Animal Magic. I Would toddle about singing the tune all day long.

What was it about reggae that caught your imagination?

How do you feel your early environment played into your musical career. You’ve explored a multitude of genres and collaborated with numerous, varied artists. Did the cosmopolitan nature of London prepare you for this?

To an extent yes. Especially regarding the West Indian culture, because it rubbed off on you. 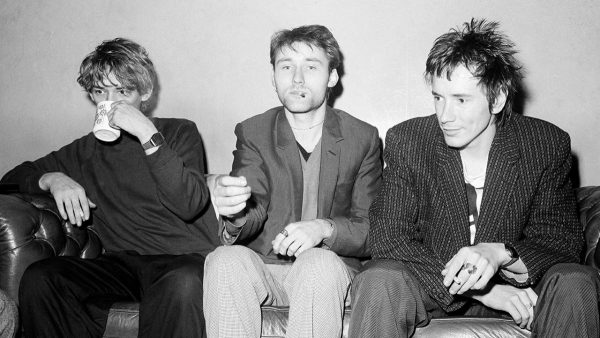 Can you explain the magic and chemistry of the first two Public Image Limited albums? What’s made them stand the test of time?

PiL had no management. Was beyond any form of control, from record company or otherwise. What we made was pretty unfettered.

In the mid 80’s you had a sabbatical from music and returned to the “real” world. Looking back was this a good thing?

I had a few weeks (not more than that), where I could regroup and listen to lots of music and think deeply and clearly about things.

You’ll soon release a new album Ocean Blue Waves. Can you tell me about the writing process? What can people expect?

This one is by and large a proper band album. A Jah Wobble and Invaders of the Heart album. George King on keys, Martin Chung on guitar, Marc Layton-Bennett on drums. The tune ‘Take my hand‘ was written by me before we went into the studio. But the rest was a group writing process. We recorded some of it in New Jersey, America and some in Manchester.

Your art exhibition opened recently. How does your musical career/influences impact on your art? If at all.

I sometimes paint geometrical/asymmetrical patterns. Quite like my bass lines. Both processes calm me down.

How easy has it been to survive as an independent artist? What moral do you hope people take from your career?

Not easy sometimes. Upside downside to being indie, you know? The message? To your own self be true.

Finally, you’ll be playing Birmingham on 14 February 2020. What are your memories and feelings about playing this city?

It’s strange I hardly played Birmingham until the mid-naughties. Weird because have played all the other major cities a plethora of times. And we played the comedy club right near the Bullring. There’s a great vibe whenever we play. The Brummies are well up for it. 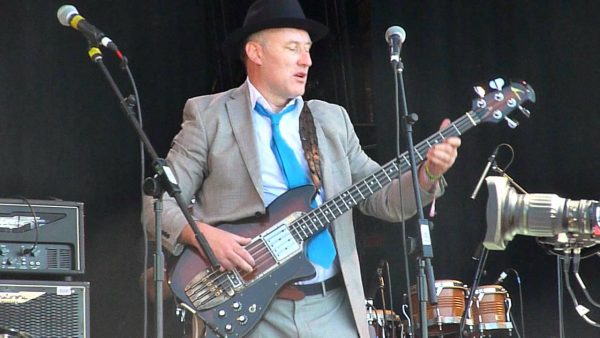