The world of the occult is wide…

Incorporating doom and ritualistic music, Italian for “occult rituals”, Italy’s Riti Occulti’s black metal draws its power from ancient spiritual rituals. Hypnotic and unsettling, the dual female vocal approach of Elisabetta Marchetti’s eerie melodies and Serena Mastracco’s black metal rasps combine with the band’s eccentric occult sounds to create a strange, intriguing and suspenseful form of music. With sounds ranging from Sabbath-esque doom of the ’70s to some of the ancient exotic sounds of the East, to the contemporary hazy black metal of Europe, the guitarist-less Riti Occulti are unique, to say the least.

With their 2012 eponymous debut being re-issued through Nordavind Records on 23 February 2015, Serena and Elisabetta talk to MR’s Jason Guest about the album, their music, and the left hand path…

Thanks for taking time out for this interview and congratulations on your upcoming re-release of your debut album through Nordavind. Why have you chosen to re-release the album?

Serena: Since we recorded our first album, there have been many changes, both in the line up and in our sound, and we decided to re-release our first album with a different mastering to give a more current vision of which has been done.

The album features new artwork that’s very different to the original. Can you tell us about the new artwork and what it represents? And why the change?

Serena: I simply re-arranged some parts of the old artwork because, in my opinion, is correct to have a connection between the first and the second print, but at the same time to change the visual impact because of the more powerful and defined mastering. 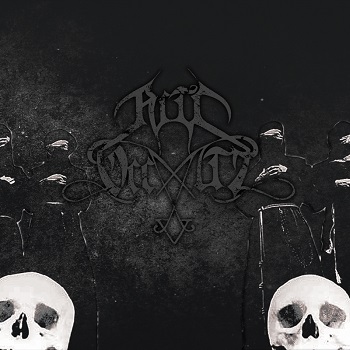 Who designed the artwork? Why did you choose to work with him? And how much direction was given in its design?

Serena: I am the author of the graphics. As long as Niccolò Tricarico was in the line-up, I followed his directions to make the artworks, and then I decided to keep some of his choices in this reprint, eliminating what I didn’t like, and then proposing the final result to the other components.

There are eastern sounds across the album, the Bouzouki in particular. Where did this influence come from?

Serena: It was a choice of Niccolò Tricarico. The sound of the Bouzouki is metallic, rich and perfect for the oriental sound that surrounds the album. Niccolò used the Bouzouki even in his other musical projects and we really appreciate this kind of sound.

The album’s concept is of a man beaten by the existential nihilism of modernity that follows a journey into the abyss and re-emerges in the light through the initiation to the principles of the Left Hand Path. You’ve clearly studied esoteria. What drew you to this for the album?

Serena: The world of the occult is wide, but we are not “experts” of esoterism. We are particularly fascinated and attracted by the unknown; then we read and draw inspiration from it. I consulted many texts on esoterism and alchemy, on spiritualism and religion; I also had the opportunity to listen to some recordings of rituals. So write lyrics about this theme, was quite natural for me.

The Left Hand Path is a common theme amongst extreme metal as it fits the metal aesthetic very easily. How do you maintain authenticity in a genre where it’s omnipresent?

Serena: About the topic I think that there is so much to say, without ending up in the banality. Of course many people use this argument, but often is tackled very superficially. In the texts I wrote for Secta I tried to confuse the meaning of phrases. Every sentence has its own meaning, but can be also interpreted in another way… as in the green language of the alchemists. Obviously being a genre common but also experimental, the theme of the occult is amalgamated with the music as well.

Does this saturation put the occult at risk of becoming diluted?

Serena: I don’t think so. It’s a fascinating argument that always keeps the attention of the people.

Why did you choose to work with Nordavind for the re-release? And do you plan to stay with them for future releases?

Serena: I already had the opportunity to work with Joel and he proved to be an available and smart person. He has done an excellent job of promotion and we have a great human relationship with him. I am glad to release something with him and probably we still work together in the future.

It’s been almost three years since its initial release, how do you view the album now?

Serena: I still think that is a good release. The only thing that I regret is that I couldn’t write the lyrics.

How does the band of today compare to the band on that album?

Serena: We are a totally different band with a new line up and our next full length will have a new sound of course. In the albums released up to now, the bass and keyboards lines (including the first album’s lyrics) were written by Niccolò.

How does the band create songs? Is it a collaborative effort or do you write individually? Do you discuss ideas about what you want each track to be about or is it an evolutionary process?

Serena: As I said before, we had not much choice in the composition of the old tracks. Now we are composing all together and without haste.

The band’s lineup is unusual as there’s no guitarist. You all play in bands with guitars. Does not having a guitarist in Riti Occulti affect your approach to writing for the band?

Elisabetta: Surely we had to give more emphasis to the bass and keyboards lines to improve our sound so the listener doesn’t miss the guitar so much. We just compose for keyboard like a guitar line.

The band also has two vocalists. Are the tracks written with this in mind? And the lyrics?

Elisabetta: We instinctively wrote the vocal lines and the lyrics taking inspiration by the music written by Niccolò and Ivano.

The band takes inspiration from the psychedelic music of the 70s. What is it about this era that you find so attractive?

Elisabetta: We love the experimental and the freedom of that era in which a lot of bands broke the schemes of the traditional rock, trying to find new sounds also using exotic instruments and melodies. 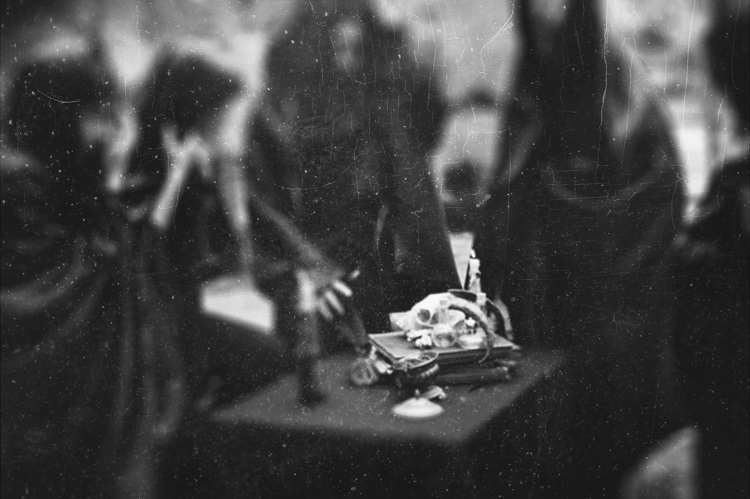 The band’s sound is ritualistic and your name means “occult rituals”. Other than music, what are the band’s influences? And how do they affect the writing?

Elisabetta: The Band was born with the intention to look like a “sect”, so all (music and feature) are based on Occult.

Elisabetta: Certainly it’s changing the people’s habit to collect and approach at music preferring free channels to listen it daily and buying just what they liked instead of informing previous like some years ago everyone used to do. Personally I think that the accessibility of the music on web is a great way to push an underground band giving them the possibility to be listened by a lot of people.

Since 2012’s Secta, both Niccolò Tricarico and Sara Del Regno have left the band. How has this affected Riti Occulti? And will you be replacing them? Do you have anyone in mind?

Elisabetta: In both of cases we were really sad to loose a friend and a great musician, but we found valid substitutes.

What’s next for the band? Is there more music in the pipeline?

Elisabetta: Yes it is. Actually we are working on some new ideas for the next album…

Any gigs or tours planned? Might we be seeing you in England any time soon?

Elisabetta: At the moment we are focused on the new project, but we would glad to play in England if we would have the opportunity!

Elisabetta: First of all, thanks to you from all the “Sect” for your interest in our band. Then we hope you all enjoy and support our music!