The wish to return to darker, more violent times where we spoke ancient Irish…

With their debut demo released through Invictus Productions on 29 July 2016, Ireland’s black / death mob Coscradh made an indelible mark on the face of the underground. Here, the band talk to MR’s Jason Guest about the band’s formation and their combined vision, Ireland’s violent and turbulent history and folklore as inspiration, musical identity, Satanism as fantasy, the cultural value of Irish language, and a wish to return to darker, more violent times…

Thank you very much for taking time out for this interview and congratulations on your self-titled debut demo. To begin, can you give us some background on the band, how you formed and what it was that drew you together to make music under the name Coscradh?

We started off writing with two guitars and vocals and later added bass/backup vocals and drums. We all have a similar taste in early black and death metal and that was the focus right from the start.

The original goal was to create music in the black/death metal vein and not much more than that. When we started writing we weren’t focusing on any particular era or micro genre so the music came out rather naturally, and when it came to rehearsing as a full band it became clear that it wasn’t so much of what we were playing, rather how we played it. Of course solid riffs are crucial but that’s only one element of creating good, memorable songs. We’re all pretty much on the same page musically, so having an open approach to songwriting works. No one is going to start trying to throw melodeath riffs in there.

Musically; bands such as Archgoat, Blasphemy, Autopsy, Slayer, Morbid Angel, Hellhammer and Cultes des Ghoules will always be influences for us. Though when it comes to writing, we don’t have to think too hard about what we want it to sound like and when fleshing songs together in the studio we go with whatever works, so maybe not all of our influences are that obvious, but they are definitely there.

Getting the atmosphere right is just as important as the actual songs themselves and that approach has been certainly influenced by the aforementioned bands listed above, and by standard black/death fare like old horror films, but also by some noise/industrial music, that droning, churning, hypnotic approach utilized by most of these acts is a perfect accompaniment for sharp, violent death metal riffing..

What does the name Coscradh mean? And how does it relate to your music?

Coscradh means triumphant slaughter/massacre in old Irish. We wanted subject matter that would fit with the violent nature of our music and needed a name that would draw a line under everything we were doing thematically with the band, and everything we’d likely do in the future. We wanted to use a monicker in the Irish language befitting of both the music and lyrical themes, and felt this was suitable in that regard.

So, your debut demo, your opening statement, what did you want to achieve with it?

Quite simply, to just get us out there. It’s a statement of intent. Our follow up releases will show a band that has evolved and come more into its own.

What are the themes on the debut? And where did inspiration come from?

Like many places Ireland has a violent, turbulent history and these events are recounted through various pieces of folklore and other storytelling. But we wanted to focus on the brutal, real life violence that is the basis for these and cut out the mythological side of things that so often takes center stage when metal bands use Irish storytelling as a lyrical prop. Inspiration has been taken from the many darker tales you read or hear about from elders.

The themes behind the lyrics for Coscradh is, and always will be, those of death, despair, dread and suffering.

The tracks definitely took shape over time. We probably were more rigid in terms of how we wanted things to sound in the beginning, as time went on we realised it was so much more effective to let things flow. The songs are a product of us just jamming in the studio using ideas that had been developed in our homes. The way we interact with each other and how we put songs together has had as big an impact on the songs as the actual writing.

How long were you working on the material? And how did it develop?

Initial songwriting started in early 2014, but the band was not a full lineup until the year after. The songs completely changed once we completed the lineup with a drummer and bassist/backup vocalist, but the overall idea remained. We all live in different parts of the country, sometimes development can feel lightning fast, at others, due to how far away we all live, it can be slow and drawn out. This is just one of many obstacles we have had to overcome. 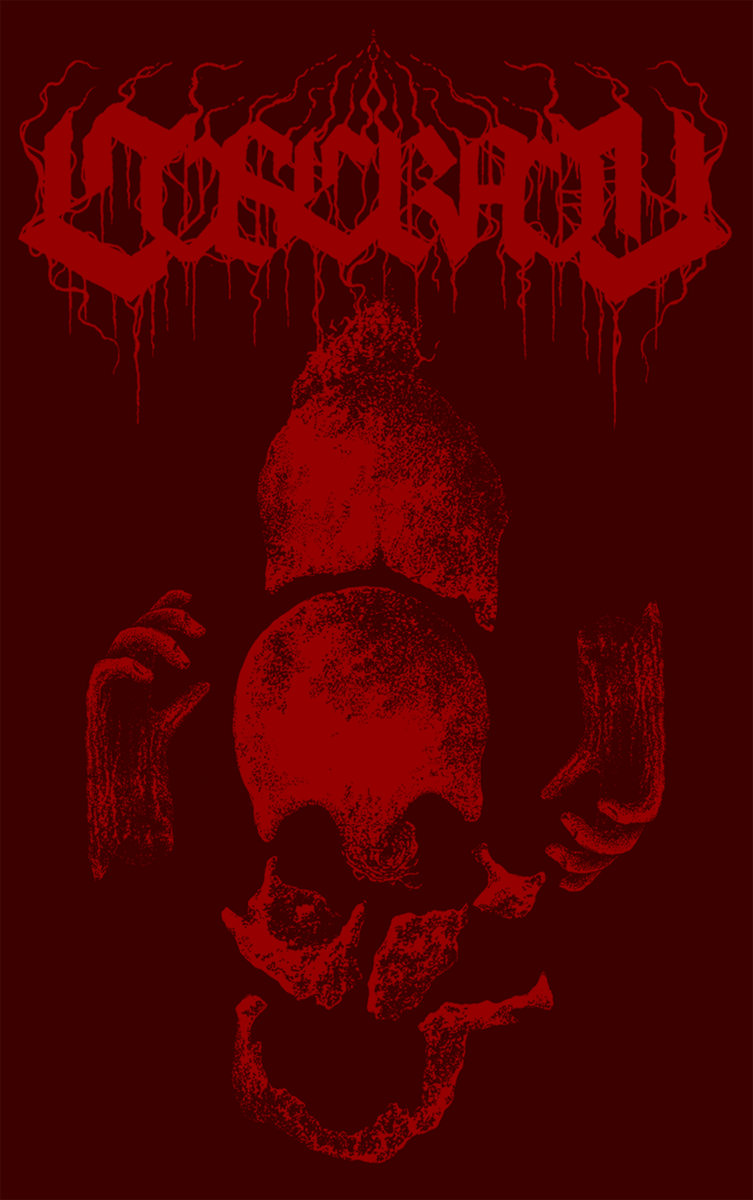 The cover image represents the concept of the demo. The first song ‘Buried’ represents the ancient Irish chieftain, if a harvest fails for any reason, the king is blamed and killed violently, sometimes tortured to the point of dismemberment and buried in the bogs. The ancient Irish believed the bog to be a portal to the land of the dead. It preserves the flesh, hair and facial features. The final song represents a metaphorical exhumation of the preserved, ancient being from those times, and a desire to bring the modern day island back to those times in the same violent design in which the ancient inhabitants were buried.

Matt Salters of Bone Divinations from Belfast did our artwork. He was given the lyrics and early recordings along with some ideas around having a bog body but had free reign on how he wanted it to look. Matt’s reputation exceeds itself, and his previous work had a lot of similarities with the theme we were going for.

The demo sounds incredible! How did you capture such a dense and heavy sound?

Immediately after recording, we went through mix after mix until we had something we were happy with. Something that sounded big but raw and abrasive. This is mostly down to Shaun Cadogan of Last Light Recordings and his Japanese P.O.W. like work ethic who recorded and mixed the whole thing. The man is literally inexhaustible and went way beyond fulfilling his obligations to us. Phil Kusabs of Vassafor/Diocletian also did a stellar job on the mastering. We are incredibly satisfied with how this came out and doubt we’re going to be changing a winning formula any time soon. Both were essential to getting it sounding exactly as we wanted.

How did you come to work with Invictus Productions? And do you plan to stay with them for future releases?

Invictus Productions showed an interest very early on with some rehearsal recordings and upon hearing the first studio mixes. This was an exciting prospect for us as we have all been long time fans of the label. We do indeed plan to stay for future releases.

You have a split release coming soon with Caveman Cult, yes? Can you tell us about it?

Being fans of Caveman Cult we approached them with the idea when Rick asked about our tape release, and they were into it. We have moved on from the demo material and shaped the new songs to what we currently like playing best. The tracks will still include the same themes of death and violence, noise effects, a raw sound, it’s still Coscradh.

We try to write the most interesting music as possible to satisfy our own tastes. We always want the music to have an energetic and chaotic feel to it and to put our own stamp on it. A musical identity is incredibly important to us… by hopefully standing out in an already over saturated genre, and lyrically having something we can relate to rather than complete satanic fantasy laboured by a lot of our peers, even though that is where many of our influences lie.

There’s sporadic use of the Irish language in the lyrics. Why so? And is it something you intend to develop in future?

For the subject manner of the demo we used Irish sporadically to reflect the use of the language on the island today, even in a feeling of disdain for not using it fully ourselves, and the wish to return to darker, more violent times where we spoke ancient Irish on the island which is what the song ‘Coscartac’ represents.

Any upcoming shows? Will we be seeing you in the UK?

We hope to make it over to the UK at some point in 2017. Upcoming shows include Dark Arts Fest in Galway, Siege of Limerick, a low key gig with the rotten noise/drone/doom act GOURD and horrible noise of Luxury Mollusc in Dublin as well as two more unannounced gigs toward the end of the year in Dublin.

What does the future hold for Coscradh? Other than the split with Caveman Cult, is there more music in the works?

We have almost completed writing for the split, we are very excited about these tracks and have all been Caveman Cult fans even before the prospect of this release came about. Further on down the line we are thinking of writing our first album in 2017, we have a few ideas conceptually at this early stage.

Thanks for listening and check out more bands on Invictus Productions Label. 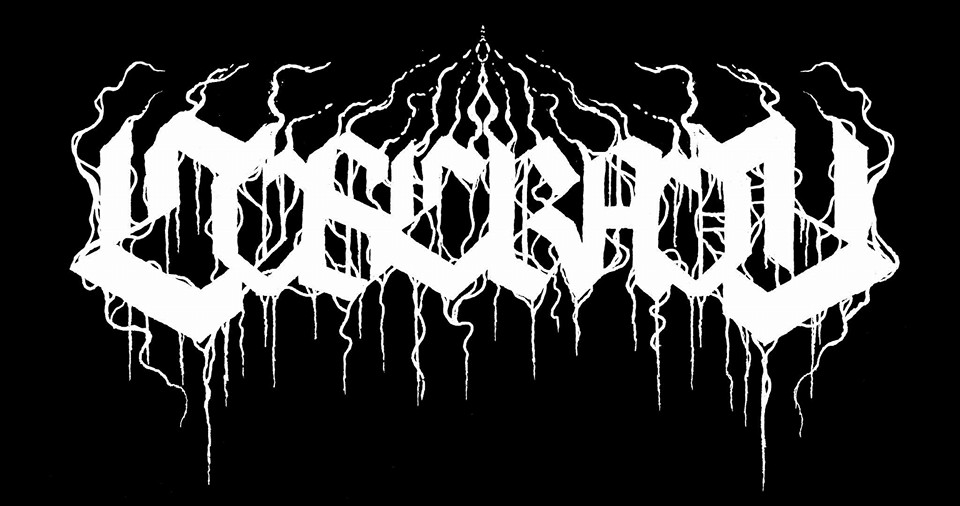