Brady travelled down to London to catch up with Inferno, the drummer of blackened death metal heavyweights Behemoth after the release of their critically acclaimed 10th album The Satanist. Despite a self-confessed challenge with regards to English speaking, the Polish powerhouse graciously gave us some time out of his busy schedule.
Interview by Brady Deeprose

You guys released The Satanist, an album that has been described as the bands ‘ultimate manifesto’. What does the album mean to you? (Read the MR review here)

For me, it’s a statement: who we are now, as a band and as people after the shitty experience of the last few years with Nergal’s illness. Fortunately, everything is fine now so we can continue what we started.

Musically, how did you approach this record?

Actually, there was no plan, we started writing and rehearsing in 2012 before doing a couple of shows but the majority of what we had just wasn’t good enough so we just scrapped it. We began to write it again.

Yeah, we moved to Warsaw and started to rehearse over there. It was pretty fast, there was no planning or calculation, all the riffs and arrangement came straight from us.

How did you approach the drum recordings compared to 2009’s Evangelion?

For me it was very important to catch the sound from the room, to get the sound as wide and as natural as possible. In the studio we recorded in, the room was prepared specially for the drums. We brought in some American experts and they completely redid the studio and removed an entire floor to make the drum room as high as possible. It was great, there were two crazy Sweedish guys, Daniel Bergstrand and Urban Näsvall and also two brothers, Wojtek and Slawek Wieslawscy who helped us build the sound.

Your drumming style has become legendary within your genre, who influenced you to pick up the sticks?

It’s easy to say, Dave Lombardo and drummers like him. John Bonham is great, and Neil Peart from Rush who’s probably my number one. I decided to use more rock structures on this record.

Your work with the ride cymbal has always been a distinctive sound for Behemoth, is that something you developed or did someone else inspire it?

Yes, that’s something I like to think I developed but obviously, I’m not the first to use the ride cymbal. Paiste, the cymbal company sent me some new cymbals for this session, a very special set. I’ve never used splash cymbals before and rototoms, you can hear the huge tom runs, again, something I’ve not really explored before.

The physical CD package for The Satanist is stunning, is this something you guys pride yourselves on?

Everything is important for us: our videos, CD booklet, CD cover, artwork, lyrics. It’s all made by Denis Forkas, the guy who painted our album cover, an amazing artist from Russia.

Woah, that was years ago!

Yeah. Do you find tours like that harder than say touring with Cradle Of Filth, a band of a more similar genre?

We played some huge summer festivals where you can find totally different bands together and it works for people. The whole package is more varied and attractive.

There’s that eternal debate between diversifying line-ups to gain a bigger potential audience or putting similar bands together to draw a similar crowd.

People are more open minded today, I think, than ever before.

Nergal has stated in some interviews that Inquisition and In Solitude were specifically picked for this run. Is this something you regularly get to do?

We’re big fans of In Solitude and Inquisition, they’re great bands. Sometimes we get to decide what kind of bands we want and, like this time, pick specific ones to have on tour, so we do that.

Are there any other touring acts that you guys like?

There are so many! I remember this US tour with In Solitude, The Devil’s Blood and Watain, I loved that tour. That was the best package we ever had in that country, it would be great to have that line up in Europe.

What are you guys listening to on the bus at the moment?

The new Death Condemns, great record… New Model Army… Sepultura, the old stuff, someone put that on the other day.

Being at the top of your game for 10 years must be a struggle, how do you do it?

We spend all of our time working on our art. We don’t have regular jobs so everything is dedicated to the band: it’s quite simple.

What have you got coming up over the next few months?

After this tour, we have a three week break and then a US tour and after that, Russia, which will be absolutely fucking crazy! We have places like Siberia and Vladivostok… the edge of the world. We’ve never actually played there before.

Why is it that there’s only one UK date on this run?

We plan to come back and play a normal UK tour maybe this year in the fall. There was a plan to play in the UK a year ago but we decided to move it to after the new record, so just be patient. We love to play here.

There’s a kind of trend within more extreme metal that shows its popularity rising in Europe but dropping in the UK. Do you find it easier to play over there compared to here?

I don’t know man, I’m sure we’ll tour this record over here soon, we really want to.

I’ll make sure to hold you to that! Thanks for your time, it’s really appreciated.

No problem, enjoy the show.

Read our review of the Behemoth show here 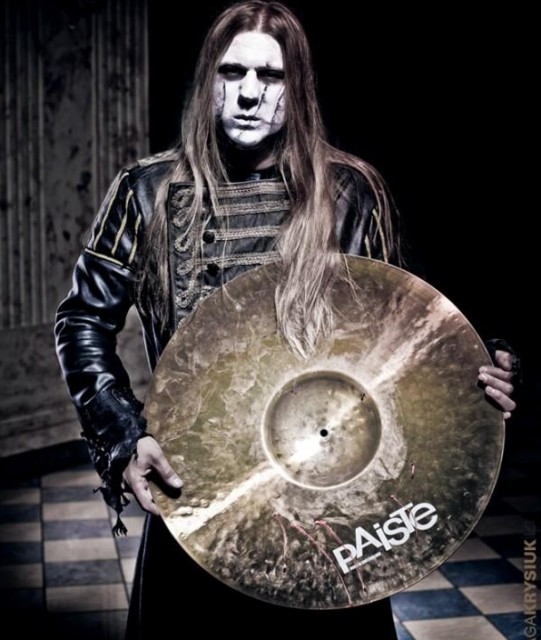