Politics fuels the cancer of religion…

Formed in 2010 and 3 EPs to their name, India’s Heathen Beast believe in no god and no religion. With religion controlling the masses, their music emphasises self belief and the choosing of one’s own path and the making of one’s own destiny. Here, vocalist/guitarist Carvaka, drummer Mimamsa and bassist Samkhya talk to MR’s Jason Guest about the band and their music, their music, where they stand on Indian culture, society, and religion, and give us an insight into the metal scene in India…

Thank you very much for taking time out for this interview. To get our readers (and me) up to speed, can you give us some background on Heathen Beast? When did the band form? And what drew you together to make music together?

Carvaka: It was pure hatred for religion that brought us together. We decided in 2010 to put our collective hatred into music and released our first EP Ayodhya Burns that year. We decided to remain anonymous because we wanted people to focus on the music and the message, nothing more.

Who are the main musical influences for the band? And how have they impacted on your sound?

Samkhya: You could say the genre of Black Metal has been our biggest influence with bands like Dark Throne, Burzum, Mayhem, Immortal and many more. Also apart from music the world around us is our biggest influence. It fuels the hatred. We also enjoy lots of Indian classical music.

Musically speaking, how have the band developed since its formation?

Mimamsa: We have grown as musicians and constantly worked towards finding our own sound and mastering our craft. We have also become more of a collective and have started using more Indian instruments in our music which has been one of the reasons for the change. We feel we are beginning to create the Heathen Beast piece by piece.

How does the band approach composition? Is it lyrics first, or an idea, is it the music or a melody perhaps?

Carvaka: We normally try to find the subject matter and write the music and lyrics from there. It gives us a clear vision of what we want to say with our music. The emotions we want to express, be it rage or empathy, or sorrow and so on and so forth.

When writing, do you have an idea of what you want to achieve or does it evolve as you are writing?

Samkhya: We start very clearly with a subject and then the beast evolves from there. Since there is more than one person involved it evolves. An idea is born, developed till everyone is happy and only then does it go through. 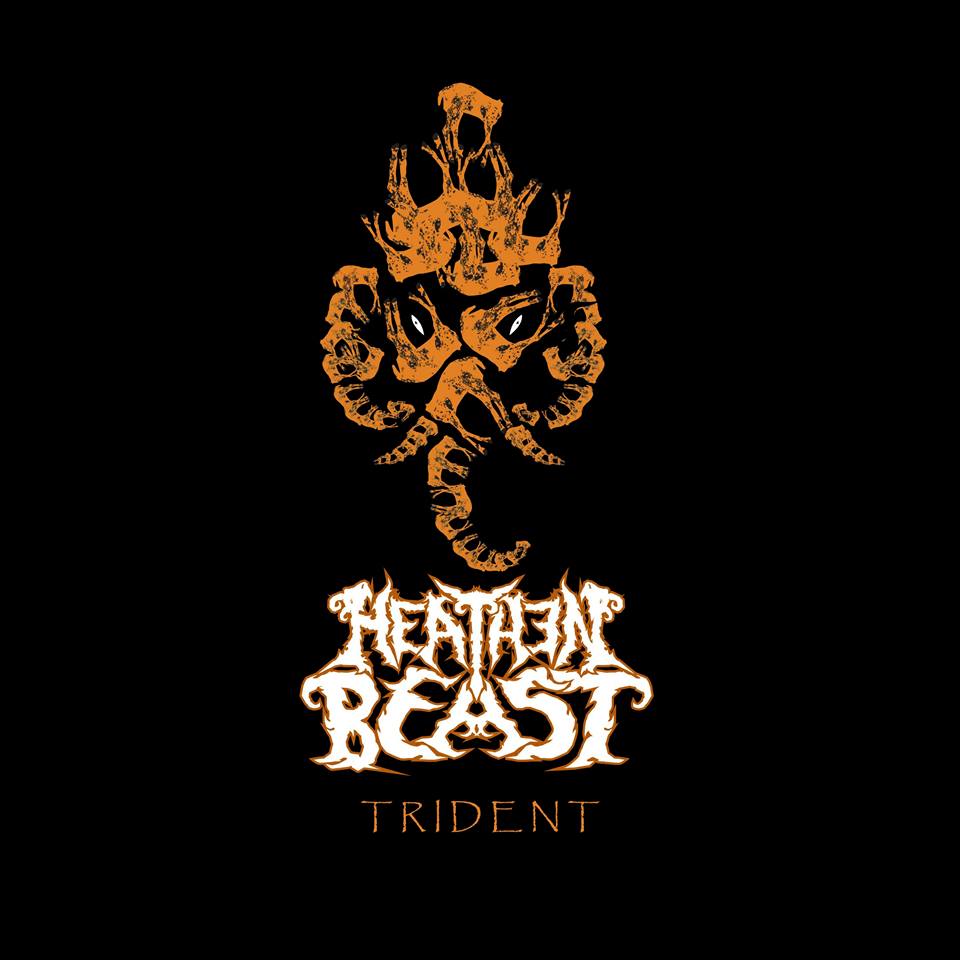 From your bio and lyrics, you are clearly anti-religion and the themes also include Indian culture, politics, society and its history.That’s a pretty vast area to draw from for inspiration. How do you choose what to write about for each release?

Mimamsa: The common factor is always religion. Politics fuels the cancer of religion. India has had many religious incidents due to political motivation and more often than not these things are forgotten by the general public. We intended to refresh those memories. For example in our current EP in the second song there is a clear confession about the involvement of the chief minister of Gujarat at the time who is currently the Prime Minster of the country. There is enough fuel for the fire.

Your stance is one of defiance and one that insists on addressing the ills of Indian culture and society. Do you think that music is powerful enough to effect such change in these areas?

Carvaka: To be honest given the extreme nature of the music and the fact that it doesn’t reach the masses it is very unlikely to have any impact on a large scale. On something smaller, we don’t know yet. For us it is a vehicle to express ourselves and our message. Thankfully most of our fans relate to the message and feel the same way so we are connecting with people. Maybe someday a revolution will come.

Hardly the most accessible of genres, why did you choose extreme metal to express your ideas?

Samkhya: Metal music calls out to you. It feeds you, it inspires you to create. For us black metal just drew us in and nothing else came naturally to us, when we sat down to write, black metal is what was played. There is a ferocity in extreme metal that cannot be matched in other genres and the ability to spew that much hatred into words comes naturally with the extreme metal style of singing and playing.

What does the act of making music mean to Heathen Beast?

Mimamsa: It is a journey. A path we have chosen, it’s spiritual almost. Our lives would be incomplete without it. It’s speaking without saying anything at all.

I see that the band is based in Calcutta. What’s the scene like there? Are there many bands? Are there any bands that you think we should be aware of?

Carvaka: The Indian scene is growing and there are many amazing bands across the country. Some bands to check out are Sycorax, Plague Throat, Chaos, Against Evil, Albatross, 1833AD, Dark Desolation, Stark Denial and many others. There are many bands like Kryptos and Demonic Resurrection who are already popular globally.

Are there many venues that host extreme metal gigs?

Samkhya: Not many venues but many metal heads find places and make them into venues for one off gigs so there are always shows happening. It makes it very hard because they have to pay for a full PA system, sometimes a generator as well and many other costs.

Generally speaking, how are extreme metal and its fans perceived in India?

Mimamsa: Mostly society doesn’t think much apart from them being smokers, druggies and bad company because of the long hair and black t-shirts. Most parents think the kids are not doing their studies because of the music. It’s not a big problem but there are the same problems everywhere. The fans in India are crazy though, they love the music and they really show it.

Is it difficult for a black metal band to get gigs in Calcutta or India in general?

Carvaka: We wouldn’t know, we don’t play live. There are shows from time to time but not like regular touring in the west. Most shows are on weekends and maybe once a month there is a show.

What would be the ideal setting for a Heathen Beast performance?

Samkhya: One where the setting is exactly as we need it, where we have the ability to remain anonymous.

What does the future hold for Heathen beast? Is there more material in the works?An album perhaps?

Mimamsa: At this point we don’t know. We have a special CD being released on Transcending Obscurity Records. The CD is called ‘Trident’ and features all 3 of our EPs on it. There will also only be 150 copies pressed. We are definitely going to work on new music but we might just stick to releasing EPs because it’s easier on us financially and since we do not charge for our music we are limited sometimes.

Hailz from Heathen Beast! Thanks for supporting us!!!