All tight, all talented and all great guys…

Huddersfield outfit Tropical Contact have been tickling the ears of many gig-goers over the past year or so with prestigious support slots at some of the best rock shows going. Prior to their show supporting Eureka Machines in Leicester this week, MR’s Ian Savage grabbed a few words with guitarist Joe about gigging, wheelchair groupies and ‘spaff’…

For those unfamiliar with Tropical Contact, can you give us a quick potted history of the band?

We started up in December 2013 when Ben was looking to start a new band and had ‘Everybody In The World Is On TV’ and ‘Nightmare Baby’ ready to record at Joe’s (guitarist – then a non-member) house. Once we got recording and Joe became part of the producing/writing process, Ben asked him, as well as Rob, Karl, Tim and Charlie to be in the band properly. From there we all worked on the EP, got it out and started gigging. We’ve had many stand ins for certain gigs at points, which may or may not have been the best choice but now we’ve settled on a lineup that works very well, with Ed replacing Karl on guitar and Tim (and all live keyboards) stepping down.

There was worrying talk last year about the end of the band which turned into a comeback at Ginger’s Halloween Hootenany with a new lineup – what happened there?

Actually there was only one change at Halloween (since the first lineup) – and that was Ed in Karl’s place. Since then we have dropped the live keys which we kinda realised weren’t 100% necessary. When there were changes for gigs a lot last year we started to lose interest and made the (admittedly wrong) decision to publicly call it a day. Then we played the Halloween show and realised that THAT line up was the one. All tight, all talented and all great guys. It was that night we decided to carry on and since then the vibe has been fantastic, creative and enjoyable.

I noticed talk on Twitter after the Manchester gig of a new ‘goth’ image; are you just getting your money’s worth out of the Halloween outfits or is this a move away from the trademark ‘tropical’ attire?

Heh, not ‘goth’ as such but we made a decision to drop the suits etc and just be a bit more us. The new material is less gimmicky (and better), so we felt it was time for a new, more casual look.

Is it safe to assume that Ben’s the driving force behind Tropical Contact?

*laughs* it may seem like that as he’s a big character. Ben put the initial line up together, but the writing has always been very much a joint effort. Different songs are started off by different members then we tend to finish them as a group. We’re quite unique and lucky in that we don’t just have one talented song writer. We’ve all been in previous bands, three of us as frontmen. Ed had two albums out on a label back in his old band ‘Nex’. If by ‘driving force’ you’re being literal, then no, Ben is the only one that doesn’t drive… 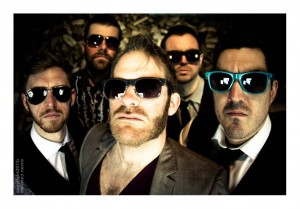 The ‘Go Getters, Jet Setters, Heavy Petters’ EP has been around for a while now with only a couple of new studio tracks surfacing – any plans for recording in 2015?

Hell yeah! A few songs written for a full length album, hoping to get recording and have it out by the end of the year. These songs are really next level, much better writing than the first EP we think; some a bit darker, some a bit popper! If you like the first EP, we think you’ll love the album.

Being almost totally DIY is there any part of you that harks for the days of the ‘traditional’ deal-with-record-label way of doing things?

It’s not really something we think about to be honest. We enjoy doing what we do, and doing it DIY. That’s not to say if a major knocked on our door it wouldn’t prick our ears up, but we’re fairly realistic about these things. Having said that we do intend to break a much wider crowd with the new album so watch this space…

What are the three coolest things that being part of Tropical Contact has allowed you to do over the past few years?

For Ben I would say singing on the same Ginger Wildheart EP as Courtney Love was a biggie. There’s been great moments, after winning our slot at Bingley Festival we were driven around in golf buggies which was sweet! Also being asked to support Ginger, Eureka Machines and securing Camden Rocks slots are up there.

Which two bands past or present would you take out on your ultimate tour?

The Lighthouse Family and So Solid Crew.

I have to ask – there’s a degree of ‘personal experience’ stamped all over the lyrics to ‘The Wheel’, what’s the story behind that?

Actually that is a fictional tale of a groupie in a wheelchair, that’s not to say something like that hasn’t happened to any of us (Ben) before..

Spaff. [make of that what you will!]

To finish on – on a scale of one to ten how pessimistic are you following the general election?

And on the flip-side – what one thing is guaranteed to put a smile on your face? 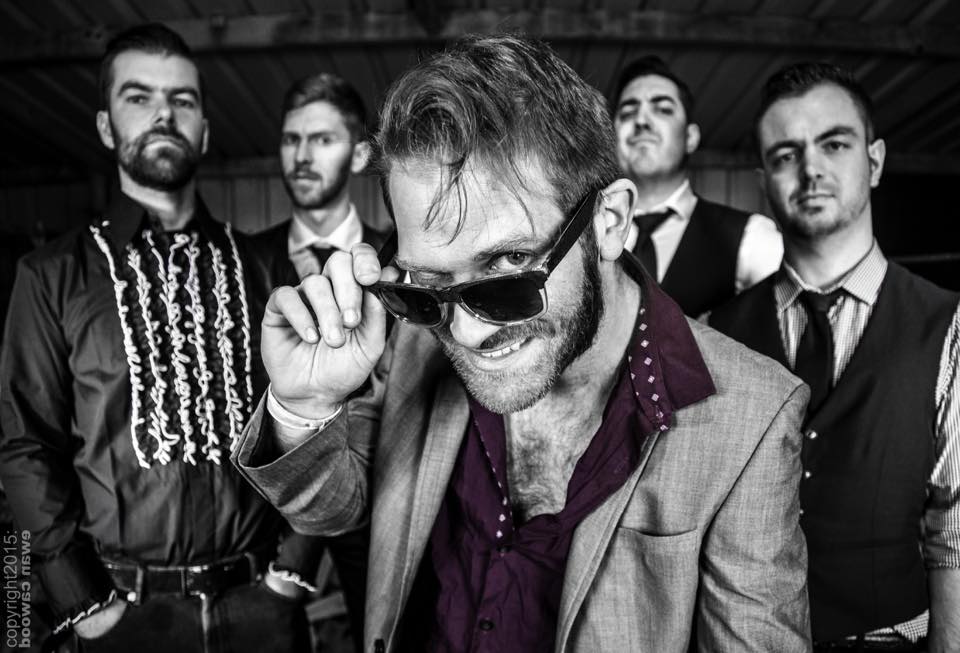