With their first demo, Death Worship, released 20 May 2014, Vancouver’s Kafirun have wasted little time, 3 March 2015 seeing the release of their first EP, the impressive Glorification of Death. Here, guitarist Hanephi talks with MR’s Jason Guest about the band’s 2014 formation and their development this past year, the band name and its links to the Quran, their philosophy and how they write, the destruction of the self and the exploration of what’s beyond human experience…

Hi, thanks for taking time out for this interview, and congratulations on your latest EP, Glorification of Holy Death. To get us up to speed, Kafirun formed on 2014. Can you tell us about the band’s formation and what drew you together to from the band?

Ave Jason, this is Hanephi. After playing in different projects and bands I found myself in search of starting something new, at that time I got in touch with Corpus Vile (drums) to have a jam session. He was also craving for something new and crushing. I had a few songs and ideas in mind, as soon as we had our initial jam, we felt like pushing this project forward as a band. Then Luzifaust (vocals) and Hypnocrotizer (bass) have joined the band. After a few band practices together, our sound started to shape up. We all wanted to create dark, potent and esoteric style of music.

Can you tell us about the band name, its origins and its significance for the band?

Kafirun is derived from Quran. It is the name of a verse from that holy book. It means Infidels or unbelievers. We have a short statement in regards to our band name and what it inspires in us: “A testament to the destruction of self. Heralding the dawn of illumination, abolishing illusions of false idols and embracing the all-encompassing chaos oblivion. A glorification of holy death and the escape from the time in which mankind has been enslaved. Kafirun is the adversarial void consuming cosmic fallacy.”

Our lyrical themes are quite personal. In a way, they are esoteric and clandestine. Exploring what’s beyond of human experience. Worship to the god of emptiness and ever devouring darkness. Destroying the delusions of the mind and murdering the enslaved soul to purify the self and unleash the true potential of chaos through the rebirth of the self.

We have so many influences, including occult books, history, philosophy and of course amazing bands that hold the true flame of black light!

How does the band approach composition? Do you write individually or collaboratively?

So far I am writing the music and also some of the lyrics, Luzifaust has been writing most of the lyrics and he is arranging all the vocals. Hypnocrotizer writes his bass lines and so far things worked out very good for us this way. At the end of the day we all contribute and finalize everything through our band practices. 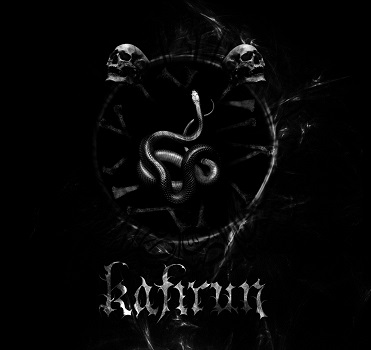 You released your first three-track demo, Death Worship, in May 2014 (listen here). As the band’s opening statement, what did you want achieve with it?

Our intention was to capture some of the songs that we initially created. Throughout the recording process, our sound had begun to shape and form into something more than what we had initially foreseen. This was a great experience for us. We released the demo only in digital format to get the band some exposure and recently the demo was released on cassette format by Sol y Nieve Rec. from USA (available here). I think the demo served its purpose greatly to help us build a strong foundation for Kafirun.

A year in, how does Glorification of Holy Death mark a progression for the band?

I think the new release is a crushing step forward for us. It is definitely very focused and potent release. The feedback we received so far has been very positive. More people are discovering the band on daily basis.

With Glorification of Holy Death, did you have an idea of how you wanted the EP to sound or did each of the tracks and the whole thing take shape as it was being developed?

When we hit the studio we were ready and we had the full recording planned out in advance. Our vocalist had some experimenting with different ideas which were captured through the recording process. Everything worked out the way we wanted. 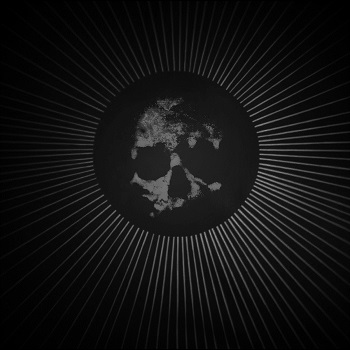 So far the band artworks are done by me and Luzifaust. We wanted to create art that reflects our sound and lyrical concept, something potent and secretive. In the future we have a few artists in mind that we would like to work with for possible t-shirt art.

What does the future hold for the band? Is there new material in the works? An album perhaps?

Currently we have a couple of new tracks in works. We will eventually record a full length album. In early summer of 2015 there will be a split 7” release through Destruktion Rec. Germany. We will use one of the tracks from the new EP. We will be also playing a few shows in Canada.

We definitely want to play in Europe someday and UK would be a killer experience for us. I guess it depends on if we get an offer to play in a possible festival and/or set a small tour in Europe.

I appreciate the interview and your support for Kafirun. Here is a couple of links for fans to find out more about the band, purchase releases and have a listen to our music. Death Worship limited amount cassettes are available here.