Glen Matlock will forever be remembered as the original bassist of the Sex Pistols. Co-writing 10 of the 12 tracks on Never Mind the Bollocks, the Bill Grundy interview and being fired for “liking The Beatles” and “always washing his feet” will ensure his place in the annuls of rock history.

However, his short tenure in the Pistols is only a small part of his musical lineage. After his departure he formed ‘supergroup’ The Rich Kids and later went on to play with Hot Club, Iggy Pop, The Damned and, more recently, Slim Jim Phantom and Earl Slick.

Currently touring with an all-star band (featuring Jim Lowe, Chris Musto and Earl Slick) Peter Dennis spoke to Glen prior to his at London’s legendary 100 Club and found a forward-facing artist not content to rest on past glories with both eyes fixed firmly on the future.

London is something of a homecoming gig for you. What does London mean to you as an artist and a person?

It’s home. It’s where I’ve done everything, it’s where I cut my teeth and it continues to give me ideas and I can drag new people into the mix. It’s a happening place. There’s always some corner of London where somebody’s having a go at doing something. I travel a lot so I don’t always know what’s going on. What I do like about London is when you go away and come back a month or two later, it’s changed and something else is happening: it’s in a constant state of flux, which is good. I think it’s suffering from the fact that people can’t squat anymore and live on the dole. That was one of the reasons why bands came through and what paid bands when they learned how to play.

So how does London impact on your music?

The new album I’m doing now has an international flavour. Chris Musto, who’s playing drums with me tonight, plays on a few tracks but I made the bulk of the album with Slim Jim Phantom from The Stray Cats who’s an old, old friend. I’ve been doing loads of acoustic shows by myself. I went to see Bob Dylan, I thought he was tripe but his band was fantastic and his drummer played most of his stuff with brushes and I thought, ‘Do you know what? I wouldn’t mind a bit of that for me!’ So I asked Slim Jim to do it. He plays drums with his rockabilly thing. I got Earl Slick involved who I met a while ago and I recorded the album in America because I wanted to do something different. I just did it, there’s no big record company exec involved. I called in a few favours here and there: “Can you do this for a drink?” A bit like the old days really.

Does it bother you that people constantly mention you in the context of the Sex Pistols? You’ve worked with so many different artists and musicians.

I once read an interview with Keith Richards from the Rolling Stones and the interviewer said “Can I ask you one more question? How much is a pint of milk?” and Keith said “Hey man, don’t ask me, I’ve been a rock star all my life”. Well I haven’t been a rock star all my life but I’ve been a Sex Pistol all my life so I don’t know what I can do about that. I’m 63 now and all I can do is play the music I want to do and hopefully people will take it a bit more seriously and they’re beginning to now.

Why aren’t there political bands now like back in the late ‘70s?

No squats, no DHSS. I think there are bands about my son’s age in a band, they gig around, doing gigs for a crate of beer. It still goes on. The band who’re supporting me tonight called The Goldborns, they’re writing some really good stuff so I thought I’d help them out and give them a couple of gigs.

From where do you draw musical and lyrical influences from now?

I come from a perspective of truth. We’ve just recorded a new album and we’re at the mixing stage. I’ve got a song I’m going to be playing tonight called ‘Magic Carpet Ride’ which is about the stupidity of Brexit and how we’re being led who knows where and who knows when and who knows blinking why. 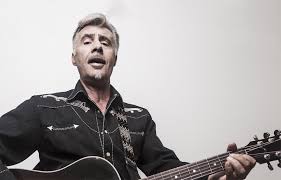 Now you’re a certain age you must look back…

No, I don’t look back. I only ever look back when blokes like you ask me to do it. I live in the present, I play gigs and I touch my cap to the past.

But politically in the ‘80s we had Thatcher and Reagan and now it’s Trump and Johnson. Only the names have changed.

It’s even worse now. When Trump came through, I thought ‘Who does he remind me of?’ it’s the way he speaks with his hyperbole. I remember reading a book by Sinclair Lewis called Babbitt about an industrialist on the East Coast, he was a snake oil salesman, it was written in the ‘30s predicting the rise of a right wing fascist dictator in America who gets elected by promising the workers $50 a week, which they never get but they still vote for him. The blurb on the back cover reads: ‘The rise of a right-wing fascist voted in due to the lassitude of the liberal elite’. And that’s exactly what’s happening now.

Where do you think it will lead?

When I talk with my friends, the echo chamber we’re in, and it’s a big one with social media, it seems people have had enough of it. They seem to think people are to thick to know what they’re voting for. Oh yes we fucking well do! I think people will be out on the streets, the Roundheads and Cavaliers…I’m just deciding what hat I should wear! 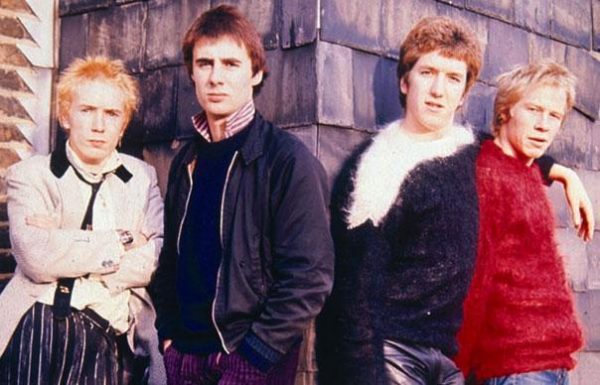 Has your schooling in punk helped you survive as an independent artist?

I don’t know. I write songs, that’s what I do. When the ideas go away, I’ll stop but they seem to keep coming and once you’ve got 12 songs going around in your head that haven’t been released you can’t think straight so it’s an outlet. It’s also what defines you, if you’re a fisherman who don’t go fishing or a journalist who doesn’t write, you’re full of shit. I’m a musician, I’m a songwriter, that’s the way I see it.

In what direction do you see your music heading in the future?

Well, I’ve done my Americana album, I like artists like Kraftwerk and Can and stuff like that. I’ve actually done a semi orchestral version of a Scott Walker song, ‘Montague Terrace’, with Slim Jim from The Stray Cats on kettle drums. I think that’s quite adventurous: you wouldn’t see the Sex Pistols doing that.

What other music influences you?

Is it true that the riff of ‘Pretty Vacant’ was a homage to Abba’s ‘SOS’?

It was suggested by it. It’s not in the song but ‘SOS’ gave me the idea.

I respect that because without being a music snob Abba wrote good melodies.

Yes, they did and their command of English was very good. They’re pop songs, but they’re good ones. I think there’s only two types of music: there’s good music and bad music, it doesn’t matter what kind of label people want to put on it.

Are there any modern punk bands you enjoy?

I don’t know what punk is. If people say punk is wearing the right bondage trousers or clothes held together with safety pins then I’m not interested. It’s a bit like the teddy boy movement, there’s nothing wrong with it but it’s not going anywhere, it’s stagnant.

In that respect post-punk for me was far more groundbreaking.

It was much more interesting, that’s why I did the Rich Kids band. I didn’t want to do something the same as the Sex Pistols. I remember when we played Birmingham, we had half of Duran Duran in the front row and when we played London, we had half of Spandau Ballet. In fact, I was very fortunate to play with my very favourite band, The Faces, I used to mimic them in front of the mirror when I was 14 and they headlined. I joined them at the Vintage at Goodwood Festival and afterwards Gary Kemp came up to me and said, “Your playing made me pick up the bass” so music is like handing on the baton.

Glen Matlock will return for more UK gigs in the autumn: