Back to good ol’ fashioned fire and brimstone…

Formed in 2009 to share the hymns of the Process Church of the Final Judgment, Sabbath Assembly are set to release their fifth album on 11 September 2015. Here, drummer and founder David Christian talks to MR’s Jason Guest about, amongst other topics, the “Great Schism” and the band’s rebirth, the album and their return to their 80s metal roots for the creative process, and the importance of that Texas “God, guns, and guts” attitude…

The album marks the “Great Schism” for the band in that you’ve moved away from the Process Church of Final Judgement that inspired and informed your previous albums. What prompted this departure? Is this the end of your relationship with the Process Church’s material? Do you see a return to the material any point in the future?

The four albums that are primarily Process hymns we felt provided a completed statement of our original intention to interpret the music of the Church. Also, we just didn’t have any more to say creatively about them; meanwhile we’ve been sitting on all of our own tunes that felt so much more creatively compelling and are more suited to the direction of the band, which has basically become playing live shows on the metal circuit. If we had started a church then we’d have an entirely different situation all together, ha. I really can’t see a situation in which we would return to record or perform additional hymns; even our live shows now have very few ‘cos many times the hymns fall flat in a rock context, and we prefer to play songs that are a bit more fist-pumping.

With the band leaving aside the Process Church, the eponymous album title, and no guest appearances, is this a rebirth for Sabbath Assembly?

We do feel this album is a rebirth for us; in a way it’s really our ‘first’ album because this is when we are really expressing ourselves fully for the first time. It’s been really liberating to build a traditional band chemistry based fully on our own ideas and imagery. The line-up is strong and consistent now so there is really no reason to bring in ‘special guests’ cuz that would distract from the unification that we have finally achieved. Having the guests before was really just a way to serve the sort of ‘communal’ vibe that we imagined the church would have had. But that approach is behind us now, and everyone in the band is such a top-tier musician that we don’t need anyone extra.

The theme of this album is about embodiment and addressing all the power and grit required to endure our human existence rather than exploring spiritual philosophy alone. Does the thematic and the musical shift represent a shift in your own religious / spiritual life?

After 20 years in NYC I took a break and have been living in a small Texas town for the last two years, and the atmosphere really influenced the writing for this album. First of all the place is sharply anti-intellectual, with people on the whole suspicious of critical thinking and self-analysis. As a result there is an immediacy there, meaning that people don’t really second-guess or over-analyze their actions. “God, guns, and guts,” y’know? So the metal scene is very strong and it’s still thrashed-based, nothing over-thought. These influences helped me a lot because I tend to over-think stuff – hence, Quaternity, haha. The new songs were basically written in full-on BASH mode, with parts that are more intuitive and riff-based, and therefore reflect a spirituality that is less ‘noetic,’ less ethereal, and more back to good ol’ fashioned fire and brimstone.

Did your experience of interpreting and arranging the Process Church material have any influence on your approach to the writing of the music and lyrics for the new album?

The work on the Process hymns didn’t influence this album at all. The approach to interpreting the hymns is a totally different thought process to coming up with new material. With the hymns there was an aspect of preserving history, and that is inherently limiting; and the new songs are about personal expression, which is totally limitless. The former is more like an assignment, whereas the latter is pure joy. And lyrically, now we are writing from our own personal real-life experiences, whereas the hymns are basically demonstrating someone else’s concepts.

There was a development process in which the overall sound started to emerge as a bit of a surprise to all of us. With these new songs we really jumped off a cliff in terms of vulnerability; there’s so much emotional expression going on, and it was scary to put those emotions out on public display so we all needed a bit of time to get comfortable with the idea. I had first sent some demos to the band and was feeling pretty insecure, but I came to find out that no one loves drama in music more than Kevin (guitar) and Jamie (vocals), haha, and they could really run with the initial ideas. We had to really support each other in the writing process, and it brought us a lot closer together as a band because the sentiments we that were coming out were much more tender than what comes up when you’re arranging an archaic Church hymn. The more metal direction of the sound came up ‘cos that’s the common vernacular for the three of us – we all grew up listening to 80’s metal and it’s just what came out naturally.

How long were you working on the material for the album? Is it all new or is there material that you’ve had for a while…?

Some of these songs have been kicking around for a while, even from a time period pre-Restored to One, and were co-authored by Anders Nilsson who plays guitar on that album; but they were shelved when the Process idea took off. Other songs on the new album are totally brand new and are the result of Kevin and Jamie and I just sitting down and trading ideas in the practice space last year. 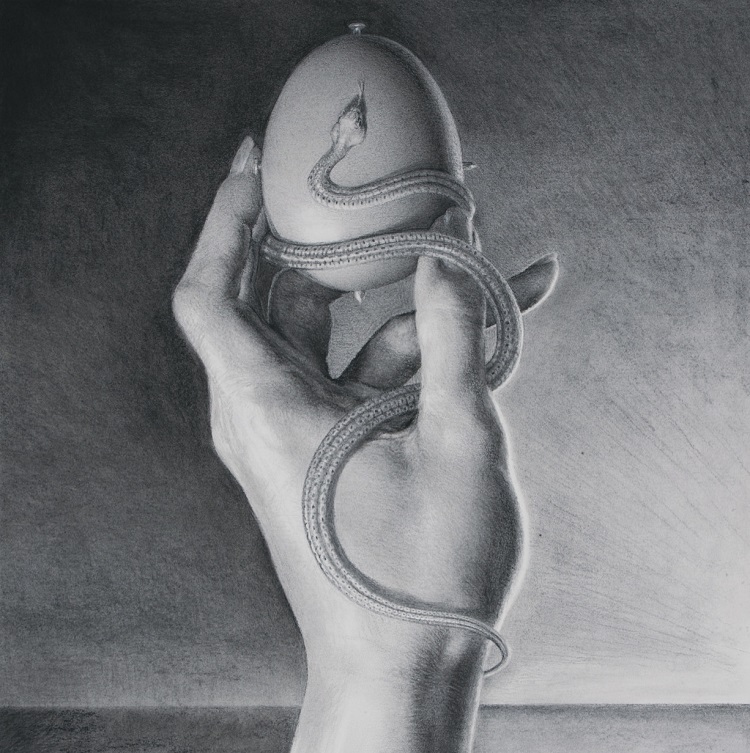 Very different to the previous albums, can you tell us about the artwork, what it represents, and how it relates to the music?

The cover artwork is a combination of two symbols. The first is an egg with two nails hammered through it in a crucifix shape. This is a witchcraft technique of inducing an abortion, and we use this symbol to abort our relationship with the Process Church. The second symbol is the “cosmic egg”, which is a snake wrapping and ascending an egg, a classic symbol of rebirth and the approach towards the Mysteries; this one represents the direction of the band.

You said in our interview in August 2012 that “the tricky point about SA is that the project seems to repel ego; there’s no way to really “claim” anything as the spiritual picture is much larger than our individual contributions”. Is that still the case with the band?

That’s a great question and I can say that the situation with the band is very different now. I suppose at this point if we sell a million records we can rightfully get huge egos haha! And the next album can be all about celebrity culture. I’ll bet you can’t wait for that one! 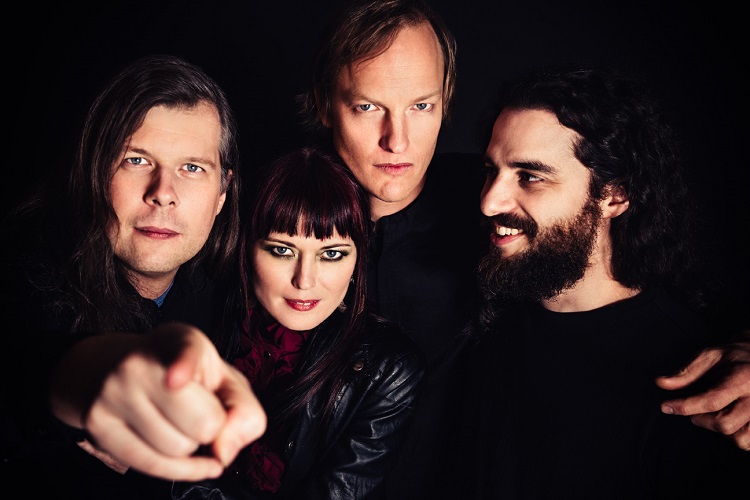