This is the prophecy and more will be revealed with time…

With their first full length The Enthronement ov Diabolical Souls released on 1 December 2014, Bagot, guitarist for Slovenian black metal quartet Cvinger took time out to talk to MR’s Jason Guest about the album, the band, black metal in Slovenia, and why they find English preferable to write in rather than their native tongue…

Thanks for taking time out for this interview and congratulations on The Enthronement ov Diabolical Souls. What was it that you wanted to achieve with the album? Did you set any goals for yourselves?

The goal was to present our side of black metal to you.

Yes, there were some ideas on sound and atmosphere but the final shape developed during the recording in studio.

Is there a theme or a concept that underpins the album? Can you tell us about it and how did it influence the writing of the album?

I and Lucerus (vocals) were always into medieval themes: witchery, crusades, crucifixions… and there are lots of these atmospheres captured in the album.

Where does inspiration for your music and lyrics come from?

About inspiration is hard to talk. I listen to and play Metal for a long time and I am and was inspired by the bands I am listening to at the time. But I learned that in time you find yourself a spot in metal, your own atmosphere and sound. Lyrics come from Lucerus’s head, his thoughts spilled onto the paper.

The band is from Slovenia. Why choose to write in English?

Slovenian language is very hard and non-poetic. But I remember we had a conversation with Lucerus about writing a lyric with old Slovenian words, words which are out of use for long time, like Cvinger. 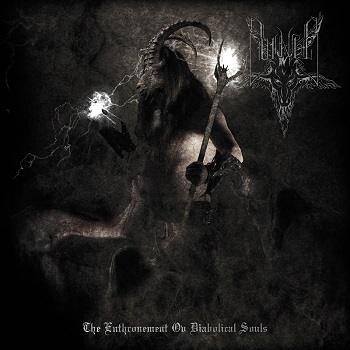 Artwork represents something that it is within us. This is the prophecy and more will be revealed with time.

Who’s the artist? Why did you choose to work with him/her? And how much direction did you give in its design?

I am the designer; the idea was developed by me and Lucerus.

The band formed in 2012. What drew you together to form Cvinger and make music together?

Me and Lucerus had a metal project for few years but we couldn’t find the drummer. Then one day I met Krieg Maschine (drummer on demo and EP) we had a jam and day after that we formed a band.

How has the band developed in the past two years?

We had some change of band members: Morgoth joined as drummer and Obscurum as bass player. Lucerus stopped playing bass he is now fully concentrating on vocals.

How do Cvinger work together to create songs? Is it a collaborative effort or do you write individually? Do you discuss ideas about what you want each track to be about or is it an evolutionary process?

First I made guitar riffs then it is all evolutionary process but some ideas are made before and are meant to be where they are in the end.

What does the act of making music mean to Cvinger?

This is what we do.

I think black metal is the most extreme form of metal. I’ve listened to a lot of death metal and I don’t feel such atmosphere and brutality as I hear at black metal. Yes black metal really changed from its origin. I think that is the only right thing, you can always listen to Transylvanian Hunger and De Mysteriis Dom Sathanas if you want to…. 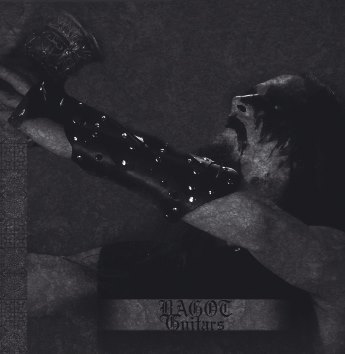 Every kind of promotion is good.

Can you tell us a little about Slovenian black metal? What’s the scene like? Are there any bands we should be aware of?

I don’t know a lot about Slovenian black metal scene I remember there was a lot of bands in 2006 – 2010 but then I lost track for some time. I think for few years there was nothing special going on. But lately the scene is rising again we have lot of new bands: Kholn, Snogg, Obscurum….

What does the future hold for Cvinger? Is there more music in the pipeline?

We are working on new album and EP. First we will release EP it will not be our ordinary type of music so you will just need to wait for release to find more about it. Then we will release new album it will be black metal as we play it. It will be all out in 2015 or in very beginning of 2016.

What would be the ideal setting for a Cvinger show?

Thanks to all who supported us on shows, bought our CD or shirt. Cheers!