“…travelling through portals to a world inhabited by half-man, half-animal hybrids… was a massive part of the theme for the record.”

Hi Chris. Thank you very much for taking time out for this interview and congratulations on your debut album (review coming soon). So, the album was four years in the making. Why so long?

We really wanted to make sure the whole album worked well together as a whole (music, artwork). A lot of the music we wrote did not make it onto the record. We spent a lot of time in the studio working on sounds making sure everything was sonically pleasing to us as once it’s out there you can’t change anything. We are both really happy with the way record turned out; I think taking our time with it got the best results.

Can you tell us about how The Osiris Club formed and what it was that drew you together to make music?

We formed the band originally as an instrumental band and grew from there. We wanted to create a band that sounded like Goblin meets Voivod.

Yes, the Osiris Club name is a nod to Mike Mignola. Our drummer Andy, who also created all the artwork for the record, is a huge fan. 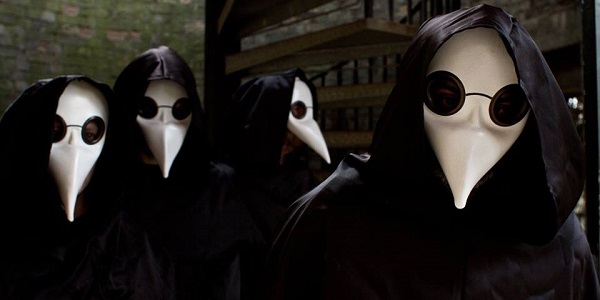 The whole record is based around Sci-fi and horror themes and the Margaret Cavendish book The Blazing World, a Utopian/Fantasy novel about travelling through portals to a world inhabited by half-man, half-animal hybrids; that was a massive part of the theme for the record.

You cite bands as diverse as Voivod, King Crimson, Rush, and Goblin among many others as influences. What is it about those bands and their music that you find inspiring? And how much of an impact do they have on the writing of your material?

All these bands are really important to us we grew up listening to them. I don’t think the band and album would be the same if I never heard guitarists like Denis D’Amour, Geordie Walker, and Robert Fripp; they are a major influence on me.

You also cite a number of non-musical figures as inspiration, including Alan Moore, Mike Mignola, George A. Romero, Hammer, Gerry Anderson, and HP Lovecraft. What is it about those people and their works that you find inspiring? And how do they have influence your approach to writing?

Again, I don’t think the band or album would be the same if we had not been influence by these people all the art work and the concept for the record and the dark mysterious feel of the record was down to these influences.

All the music is written by Andy (Prestidge, drums) and myself. We write a lot of instrumentals working on stuff ourselves and then putting together in the rehearsal room and the studio.

How do you work to bring the music and the lyrics together? Does one inspire the other?

Well, we spent so much time working on the music that we tried to evoke the images and atmosphere of the book The Blazing World through the music to begin with. Some of the lyrical themes are built around the Blazing World concept, such as the title track ‘Blazing World’, the ship sailing to reach the poles, etc. ‘The Bells’ is a search for a better way of living; ‘Solid Glass’ with its description of lay-lines and dinosaurs, a window into another world; ‘That’s Not Like You’ is about what goes on in the minds of others, plans within plans, which is a small reference to ‘Dune’. The lyrics were mostly written by Paul Fyffe (Winters), Simon Oakes (Suns of the Tundra) and Brad (M.M.O.B., The Accused) sang on the record.

You recorded the album at the all-analogue Orgone Studios in London. Why choose this studio? And why choose to record all analogue?

We only tracked at Orgone in London at the time I was a part owner in the studio so all my gear was in there making it easy for us to work. Also the studio has an excellent setup, an SSL mixing console and a large live room. Once I finished tracking everything I flew to Seattle and mixed the record with Randall Dunn at Avast studios. Working with Randall at Avast was great. We mixed the whole record on the API console in room 2 at Avast, running everything through analogue gear. This process added so much warmth to the record, something you just can’t get when your mixing on a computer. 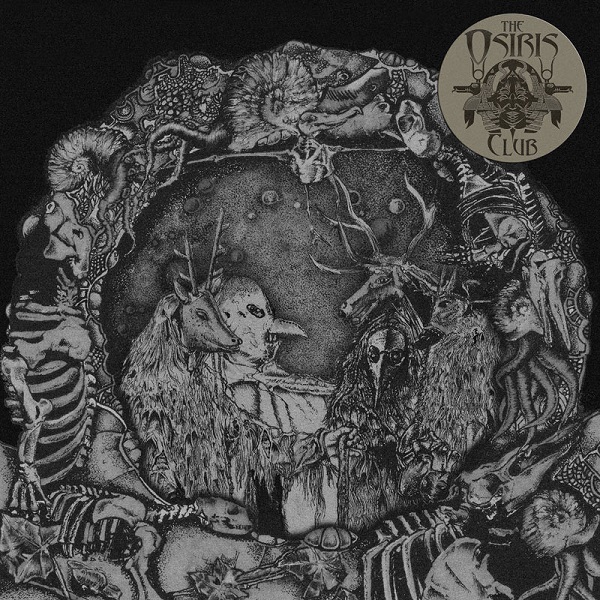 Can you tell us about drummer/synth tinkler Andrew Prestidge’s artwork? What inspired it and how does it relate to the album?

The band has a very striking image. Why choose to adopt such an image? What inspired it? And what does it mean to or signify for the band?

We came up with the idea that the image, i.e., the Plague Doctor Masks and costumes tie in with the time frame of the novel, The Blazing World (1625), and the great plague (1656), mixing the psycho-geography, mapped out by Ian Sinclair, that in turn informed Alan Moore’s work The League of Extraordinary Gentlemen, Voice of the Fire,and his live audio works.

What does the future hold for The Osiris Club? Is there more music in the works? And will it be another four years before the next one?

We are currently working on a video clip for the Bells and Miles and Miles Away sort of a short film also we are beginning to work on new stuff with plans to record and mix with Randall at Avast next year plus we are putting together a special live audio visual set for some festival appearances we will make next year.

Any touring plans for the album? And will we be seeing you in the Midlands?

We will be playing shows in the UK this year Sep 26th is our next one at the Black Heart in London. We would love to come and play in the Midlands. Next year we already have a few festivals booked in. We are playing at HRH Prog Fest in March which will be great.

Thanks for your support. Enjoy the record and hopefully we will see you at a show soon.