‘Yeah that kicks ass right there!’

With their second album Nuada Of The Silver Arm to be released on 24 April 2015, guitarist David Quinn and vocalist Stephen Roche of Ireland’s Blackened Folk Metal band Celtachor took time out to speak with MR’s Jason Guest about their upcoming album and the myth behind it, the band’s progression since their 2012 debut album, Nine Waves from the Shore, their upcoming tour plans, and how they will endeavour to cover as much Irish mythology in their music as they can… 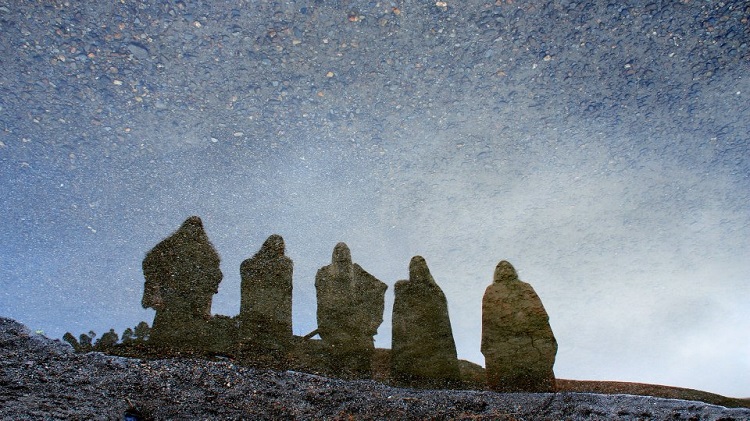 Steve: We definitely wanted to make a larger impression this time around, and going to a studio achieved that, but also that we all have become better musicians. We spent the guts of about two years writing the new album and we are delighted how it turned out. It is also our first album out on German label Trollzorn. Main thing is to increase our fanbase and continue showcasing the stories and sagas of Irish Mythology.

David: I think this time around we are really pushing for the best quality recording we could give to our listeners, maintain everything that makes us Celtachor and continue with our stories.

Does it mark a progression since Nine Waves from the Shore?

David: Yes definitely, every new venture is a progression, our writing and musicianship has progressed a lot from Nine Waves… but that in no way means we have forgotten our past, what we did before is just as important to use as the new material. In fact, I think we now put a lot more emphasis on bringing the older tracks in to a set list to be compatible with the newer ones.

Steve: Absolutely and I think as we go forward the material will just get better and better as time goes on. Exciting times.

How long have you been working on the material? Is it all new or is their material from the Nine Waves… era?

David: Yeah it’s all new, Nine Waves… was one part of a bigger story. In all I’d say nearly two years working on these songs. Writing them, rewriting them, tweaking them, practice, a lot of ideas and a lot of trial and error went in to them. We aim to be playing these songs for a long while so you have to be 100% with them.

Can you tell us about the album title, Nuada Of The Silver Arm, and how it relates to the lyrics and the music?

David: As what’s been said, Nuada is the main focus, we have a lot of other characters of which I think each of us has gravitated towards. From Hero to Villain each song has a part where you really get sucked in to the whole myth and think, ‘Yeah that kicks ass right there!’ 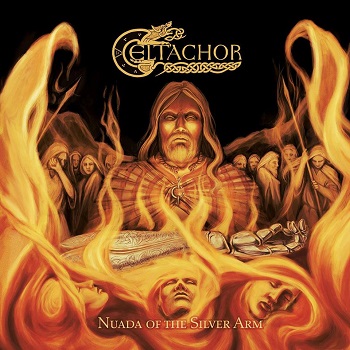 Drummer Anaïs Chareyre has again provided the artwork for the album, and again it is a very impressive and striking piece. Can you tell us about it?

Steve: The cover depicts Nuada looking down on his newly forged Silver Arm that was created by his smith Dian Cecht in the fires of Teamhair near his hall at Tara. In the fires are the goddesses of Fodla, Banba and Eriu overlooking the creation of the arm, bringing Nuada back to the role of High King/Ard Ri. She did a phenomenal job on it. Check out her art page on Facebook: Anais Chareyre Art

Do you have any plans to tour in support of the album?

David: We have two gigs in May first with Skyforger in Dublin and Second with Heidlevolk in Arnhem. We have a few more to announce in Ireland. I’m currently trying to organise a few dates in England and possibly one or two more dates in Wales and Scotland. It can be hard sometimes because we are from an island nation so it’s either flights or fairies to the U.K. or mainland Europe. The initial transport problems are always a factor but if there is enough interest I can see us doing a few mini tours

Early days I know as the album is yet to be released, but what does the future hold for Celtachor? Are you working on new material?

Steve: More gigs and festivals hopefully, we have a real hunger to get out into the mainland more and spread the music. That’s the main thing, and then start work on the next one!

David: The ideas always keep coming so we are keeping the creativity awake and ready.

With such a wealth of material available to you, do you know which part of Irish mythology will be the focus for your next work?

Steve: We have a few ideas working at the moment, but too early to give anything away just yet! As you said there is such a mountain of material to get inspired from. We will take our time and try to cover everything in as much detail as possible!

Steve: Thanks for your time and the interview! Also a great thanks to all our fans for their ongoing support!

David: Thank you for your time and for listening, please let us know what you think of Nuada and the Silver Arm. If any promoters are interested in booking us they can contact us via celtachorbooking@hotmail.com or on our Facebook page.