Finnish black metal duo Celestial Grave’s debut tape Burial Ground Trance will be released through Iron Bonehead Productions on 22 July 2016. Fast and filthy, deliriously melancholic and black metal to its very core, their ceremonial glorification of death are energy, their songs becoming paranormal manifestations of demonic possession, black magic, and necromancy. Yep, it’s evil. Here, the duo talk to MR’s Jason Guest about the band’s formation, their inspiration, the themes on Burial Ground Trance, artwork and intuition, music as a channel for the darkest layers of the mind, and the spirituality of black metal…

Thank you very much for taking time out for this interview and congratulations on Burial Ground Trance, a very impressive debut. To begin, can you give us some background on the band, how you formed and what it was that drew you together to make music under the name Celestial Grave?

Celestial Grave is a band that is long overdue, until just recently manifested and came to be what it is now, when the right people were found to execute it. Celestial Grave chose us.

Was there a musical vision or concept that you had in mind for Celestial Grave? And if so, how did you seek to capture that in music?

No, not really. The vision or concept was just to do Black Metal, the way we do it. Black Metal with in its borders holds so many variations of musical and spiritual approaches. Its something you can’t draw nor write on paper, or think and plan in advance. It doesn’t work like that. We hold the keys to the other side, and our band and songs are mirroring our experiences of it.

Our musical influences come from Black and Death Metal. But our roots are in Finnish Black Metal, and that will always have a big influence in the band, and the sound.

Our inspiration comes from the worlds dark side, world of death, horror and madness. Death especially with its universal existence is an endless source of inspiration; different rituals dealing with death, funeral practices, burial customs, myths, beliefs etc.

Also literature and movies give a huge amount of inspiration.

What does the name Celestial Grave signify?

The major inspiration for the name came from the sky burial funeral practice.

Did you have an idea of how you wanted this, your first release, to sound, or did each of the tracks and the whole thing take shape as it was being developed?

The songs have been ready for some time, and they have been playing in my head for several months or even years, i knew what kind of atmosphere i wanted.

When it comes to our sound, we didn’t have any idea nor vision planned in advance. We just took all of our recourses and tried to record the best we can. It came to sound like this. Caustic and fierce black metal. So i guess in some matter, it took shape while we were developing our debut demo.

What are the themes on Burial Ground Trance? And where did inspiration come from?

Inspiration came from our spiritual practices, exhuming graves and the powers that have possessed us at the time. From the mind shattering shouts of the devil and from the flirting with forces that should not be played with. 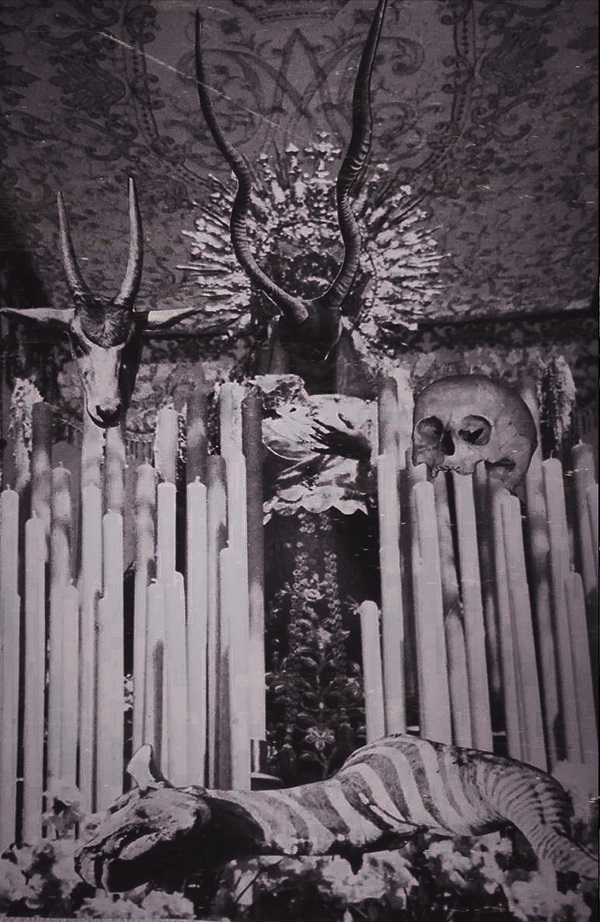 Can you tell us about the artwork, what it represents, and how it relates to the music?

The artwork is collage work made by member of Celestial Grave, made with intuition like all collage works. The main inspiration when making it was grand death and it’s worship. Obscure death ceremony, beauty of rotten corpus, dance of death.

Can you give us some insight into how tell us about how the two of you approach composition?

There is nothing worth of mentioning about that process. We both write songs and we do it on our own terms and privacy. Shut out from the outside world.

We contacted IBP after the demo was ready and asked if he would want to co-operate with us. I did not know the man behind the label and i have never worked with him in the past, so i respect him for taking the time to chat a bit and give the demo a listen. I know its hard to notice potential and sign or release unknown bands from the sea of bedroom projects, that are all talk and the aesthetics.

But i’m glad that he noticed that we do not represent nothing of the above and offered to release Burial Ground Trance.

Yes, we are working on new material at the moment. I guess it would be a demo or an EP, i am not sure yet. It depends on how much material we will write.

An album we will do eventually.

What does the act of creating music mean to the band? What are you striving for when making music for Celestial Grave?

It is about channelling our visions, experiences and interests into musical form, and those are the things we are channelling into lyrical and visual form also. It is a comprehensive act. Something that comes from deep inside, from the darkest layers of mind, let the darkness come through and abandon humanity, break all taboos. We want to reach states that are not from this world.

The promo material states that the tracks are “paranormal manifestations of demonic possession, black magic, and necromancy.” Music is a very powerful medium for conveying messages, secular and spiritual. Do you think that music is itself imbued with a power to provide an avenue into these aspects of human existence?

When you write black metal and treat it just as plain and simple music and don’t charge it with your beliefs and message, then it can be quite empty and meaningless. I wouldn’t get much out of that.

For me black metal or any other occult orientated music is so much more than that. The kind of music that is a tool in your spiritual work and it opens strange doors and gateways that not many dare to open or invoke.

I hope that people will hear and sense the emotion and energy that we have charged in to our demo, and get past the “just music” element of it. 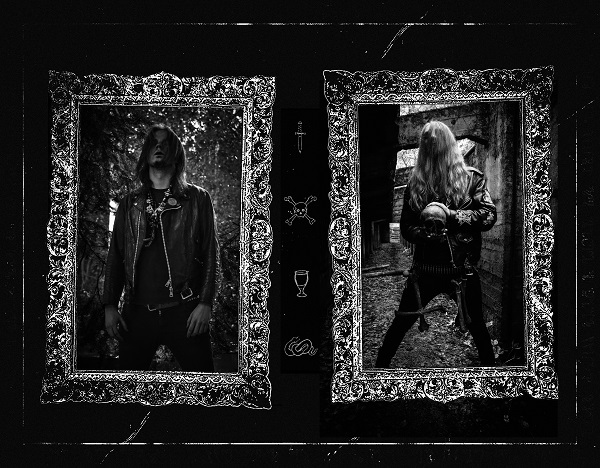