“We wanted the controlled chaos.”

Hi Cale. Thanks for taking time out for this interview. To begin can you tell us about the band name, where it came from, and what it signifies for the band?

Cale Schmidt: To me, it’s simply a evocative word. It references the great past of death metal, human history, religion, etc. It’s a strong, bold statement.

Jason: Altars have been making music since 2005. How has the band developed since its inception?

Cale: We’ve always wanted to make interesting death metal. We’ve had a vision and have perhaps only been able to realise it in the making of this album. The previous releases haven’t had the feeling to completely satisfy me, be it a lack of atmosphere, or something unexplainable. They were musically what we wanted at the time, but not executed well enough. Paramnesia combines the musical elements we currently desire as well as finally creating the thick shroud of darkness we always wanted.

Jason: Paramnesia is an amazing piece of work (Ed: reviewed here). What was it that you wanted to achieve with the album?

Cale: I can’t speak for the other members, but I just wanted a cohesive vision, a consistent torrent of emotion and sound. I wanted it to be like a drive through the mountains at night. Twisting darkness, objects appearing and disappearing, moments of terror and exhilaration.

Jason: When writing for Paramnesia, did you have an idea of how you want the songs to sound or did each of the tracks and the album take shape as they were being developed?

Cale: There was a basic framework which we followed but we made sure the songs were also created naturally. If you control too much, some elements can be lost. If you just let it flow, it can often be too feral and chaotic. We wanted the controlled chaos.

Cale: Paramnesia by definition means deja-vu. In relation to the theme of life, death, rebirth and their own cyclical nature, the word Paramnesia seemed both fitting, and all-encompassing of the album. 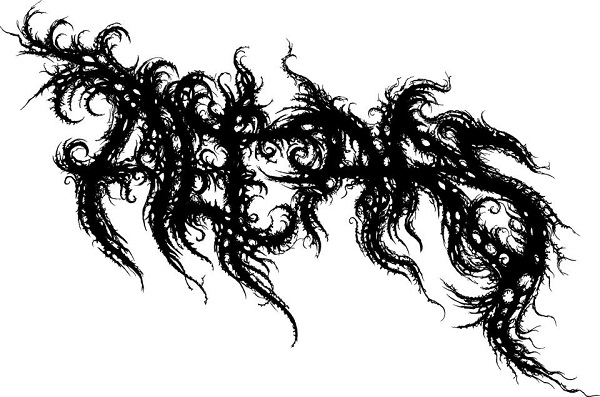 Jason: What are the lyrical themes on Paramneisa and what inspires them?

Cale: The lyrics follow the linear flow of the music. They present a movement from a single point through time and space, finally finishing in a place somewhat similar to the beginning. It is very cyclical. The final song ‘Ouroboros’ is named for much of the inspiration of the album. It’s the part of the album where life is destroyed to bring rebirth. The newly recreated world is much more chaotic and arcane than the last. This should indicate how the next album will sound.

Jason: Can you tell us about the three-part title track? What inspired the band to take on such an epic composition? And how did it evolve?

Cale: There was a conscious thought to do it. To have a final piece that overwhelms the listener. The theme of the album leads up to the most depraved and tortuous events so the music and lyrics represent this.

Jason: Both ‘Husk’ and part 1 of the title track appeared on the 2012 split with Heaving Earth entitled Engulfed. Why did you include those two tracks on that split? Is this where the seeds of the album were sown?

Cale: Much of the album was written at this time, we simply wanted to record a few songs to hear how they sounded. It’s a demo in some ways, a way for us (and others) to hear how the album may sound. We picked two songs that could perhaps stand alone. Any excitement generated by fans was most welcome. A split cassette came about and we were happy. I love the sound of those two songs. That is my Altars. The album is beautiful, but I find those two songs to evoke things in me which the album doesn’t.

Cale: I quite like the shorter barrage of ‘Husk’. The introduction to ‘Solar Barge’ is overwhelmingly savage. I enjoy the whole album though and I prefer it as a whole. I’m hoping the next album doesn’t sound very similar to Paramnesia. Still like Altars, just much more fucked up.

Jason: Is there a theme, concept, or a philosophy that underpins Altars music and Paramnesia?

Jason: Your sound is deeply rooted in old school death metal. For you, what is it that makes death metal remain such an enduring and potent art form?

Cale: It’s fairly flexible. It has a particular aesthetic which is interesting. It’s such a soundscape. It could be seen as a physical thing, a vast chasm or a barren wasteland. That tangibility makes it easy to grasp, I feel. You can imagine it as an entity. A swarming body. It’s very appealing.

Jason: The artwork for the album is incredible. How does it relate to the music?

Cale: It is related in the sense that it’s a dark, magical creation by professionals in their field. They have perfectly spawned companions to our music. The cover features a constantly decomposing and degrading being, the inner work expresses the life, death, rebirth theme. Both parallel the lyrics and music.

Jason: Who designed the artwork? Did they have complete control over the design or did the band give guidelines of what you wanted?

Cale: We gave the lyrics, songs and ideas to Denis Forkas Kostromitin and Alexander L. Brown and they worked their magic. They truly created something wonderful and I am honoured to have it next to my music.

Jason: Why did you choose to work with Nuclear Winter Records for the release of Paramnesia?

Cale: Because it’s a great label. They seemed to like the music. We like them. It works. Nothing but praise.

Jason: What’s your opinion of the internet and its impact on the music scene? Do you think that because of the ease of making music available, the internet has affected the quality of music? With the impact of illegal file-sharing on music sales, do you have any concerns about survival in what seems to be an increasingly challenging market?

Cale: Because I’m not really part of a ‘scene’, I really need the internet to find my new musical loves. I don’t have people telling me about new things, I must find them. I can’t really go outside and search, other than at gigs or stores, and they only awaken me to a small amount of music I find. I think the internet is great. I don’t care about illegal downloading. For me, not sure about the other members of the band, I am simply happy if people hear my music. Downloaders will download, no matter what. If they like it and want to buy the album, that’s great, they will get amazing art and the printed lyrics and that’s cool too. I try to make free download for people to listen to with my solo stuff, because that’s just nice to do.

Jason: What does the future hold for Altars? Is there more material in the works? Another album?

Cale: Another album for sure. Hopefully we can excrete something more chasmic and suffocating.

Jason: Any plans for live shows? If so, will we be seeing you in England?

Cale: An Australian tour will eventuate. International shows perhaps one day. It would have to be a special gig though; it’s a long way to travel to play a small club to three people.

Cale: Thanks for the interview. Thanks to the listeners.

And you can keep up to date with Altars at these links: