Between the earthly temporary and the abiding divine…

Out through Consouling Sounds on 7 May 2016, Belgian post-hardcore/sludge quintet Eleanora bring us their first full-length album, Allure. With a split-LP with Amenra and a self-titled EP (listen here), both issued in 2014, their first full length album sees the band urging into even more dangerous ground, offering a scorching combination of sludge, doom and hardcore. Here, the band gives MR’s Jason Guest an insight into the album and the concepts behind it, the band, its formation and progress, and music and the divine…

Thank you very much for taking time out for this interview and congratulations on Allure. Your first full length release, what did you want to achieve with the album?

Our EP received good reviews. With the full album we tried to consolidate this, but also show more diversity in song writing.

With a split with Amenra and an EP released in 2014, what kind of progress / development does it mark for the band?

The EP and split release were a very important starting point, because it opened doors for us in so many ways. It also pushed us as a band to keep believing in what we do. In a way, it gave us some more confidence to keep working on our music.

Initially we started out with the idea of one song. As we started rehearsing, this led to two main structures. Later on, considering the recording process, we divided those two as well, and that’s how we ended up with four separate songs. This change in focus led to a different way of working, and quite some things weren’t ready when we entered the studio.

As for the sound, we really wanted to approach how we sounded live. That’s where Tim De Gieter of Much Luv Studio came in. He really wanted to help us to achieve that. He came to our rehearsal to hear what we sounded like, he thought about how he would approach that sound in the studio and he didn’t want to rest before he succeeded in doing this. He’s a phenomenal guy with a big heart and soul.

‘Allure’. It is a peculiar word with a lot of nuances in its meanings. It occurs in different languages and so it can appeal to many people. Like our music, it can be understood in different ways. As for the relationship with the music, we translate the title in a sense of ‘appearance’. The long process of having ideas about music and writing it is now put in our first LP, a tangible thing.

All the songs on the album and on the EP are in a way connected to each other, as all the lyrics of these songs were extracted from a text Robin (guitar) wrote. The lyrics of the songs portray the duality between the individual and the collective. Between the earthly temporary and the abiding divine. It tells the struggle, felt in experiencing the inevitable relationship of things where one thing exists and is determined by its opposite, and vice versa. This kind of thought, for us, brings us to a kind of modesty. 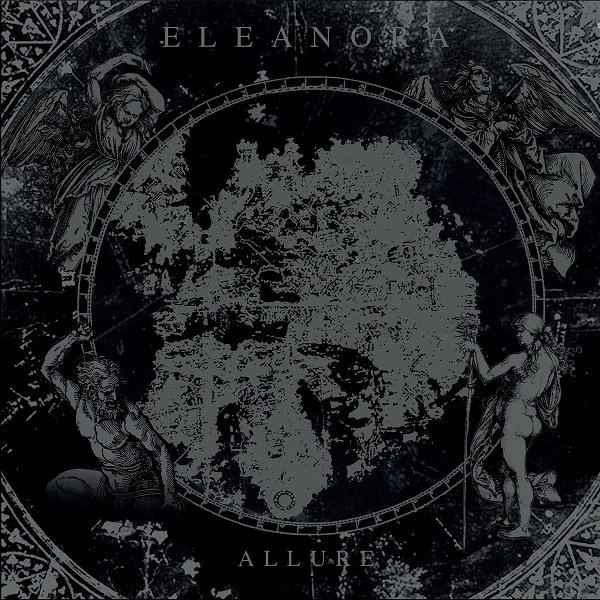 The artwork is very impressive. Can you tell us about it, what it represents and how it relates to the music?

Thanks! The artwork was drawn by Arne (artist name: Ramskop), an art student from Ghent. The artwork tries to capture this idea. It almost literally shows what the lyrics mean, and so it makes a perfect link to its name: Allure: to show/to be seen.

About the band, can you give us some background on Eleanora? What drew you together to form and create music under this name?

Eleanora was formed in 2007. Mathieu and Robin were there from the start. As for the other band members, they came in contact with the band by coincidence. Jeroen was introduced by a friend of Mathieu, at the moment they were looking for a new bass player. Stijn came across Mathieu after some years they’d studied together. Christophe is Mathieu’s nephew and was asked to join the band as we needed an extra man for the recordings of our EP and a show with Amenra in 2014.

Did you have an idea or a vision for the band’s music when Eleanora first started?

There’s been a big evolution concerning the music. Back then, our music was more inspired by bands like Cult of Luna, Pelican and Isis. The pace was slower, and there was a bigger focus on melody. Over the past few years we’ve tried to incorporate a more musically intense approach. As the latest members entered the band, other influences came into Eleanora’s music. Faster, more technical pieces were added and we ended up with a mixture of a lot of different genres.

What does the act of making music mean to Eleanora? What are you striving for when creating music for Eleanora?

Like most bands and most importantly, making music is a real outlet for us. It’s letting out all that energy and frustration you have left in you. In writing music we don’t really strive for something. We take our time when we’re writing songs and let the music come to us. Once we have some ideas and structures we try to glue it all together and turn it into a song.

Any plans for shows in support of Allure? And will we see you in the UK at any point?

We have some shows planned later this year. Two of the bigger gigs we’re playing this year is Ieperfest in August and Into the Void in November. In spring next year, we plan to do a little tour. We did a mini-tour in the UK last year with our buddies from Soul Grip. We’d love to go back soon, so be sure to contact us!

What would be the ideal setting for an Eleanora performance?

Although we had an amazing time performing at bigger stages like for example Dunk!fest, we prefer when the crowd is breathing down our necks. A small basement, cellar or an attic, places with no stage feel best for us. Those kinds of shows bring forth the most intense energy.

What does the future hold for Eleanora? Is there more music in the works?

We already started working on some new material but still have a long way to go until it gets finished. Hopefully this can take us yet another step forward. We’ll see what the future brings.

Hope to see you soon at one of our shows! 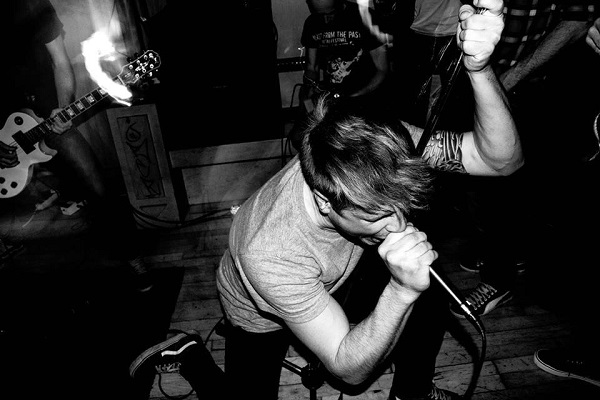