Evil triumphs because humans are mentally too small and shallow…

With Crusade: Zero released at the end of January 2015, Polish death metal devotees Hate made a triumphant return after the sad passing of bassist Mortifer. Here, MR’s Paul Castles talks to vocalist / guitarist Atf Sinner about the impact of his death on the band and whether or not the band would continue, their upcoming shows with Vader in the UK, the Polish metal scene, and war, the illusion of God and Religion, and humanity’s inability to defeat evil…

I’m delighted to hear Hate have a new album out with Crusade: Zero. While there is always excitement over a new release this one must be tinged with great sadness for you as it is your first album since your bass player Slawek ‘Mortifer’ tragically passed away?

That’s true. It was a loss of a close friend and a musician with whom we created something important to us all. We were touring Europe with Hypocrisy after releasing Solarflesh album. We were in full-swing playing our best euro tour in years… and then it happened. We just could not believe our eyes finding him dead; he was a really strong guy showing no serious health problems whatsoever, and now we found him lifeless… It was a shock and nobody was thinking about the tour any more. We had to stop at that point and face the situation with all the consequences that it brought.

We were questioned by the police numerous times and our testimonies were compared. In the meantime, the coroners were working to discover the cause of Mortifer’s death, which was soon determined as “cardiac disturbances”. It also turned out that he had suffered from a mild form of asthma and had problems with breathing while asleep. We were not aware of that. The hardest part, however, was coming back home where we had a meeting with Mortifer’s family and his wife (they got married just 3 months before the tour). It was just a heart-rending experience. 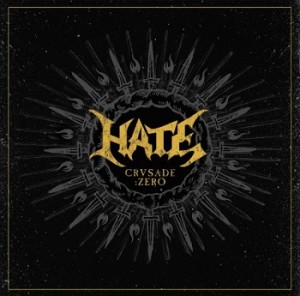 Are there any specific tracks on the new record that were written with him in mind?

The whole album is dedicated to Slawek “Mortifer” Archangielsky. I am certain that he would be happy to see us back on stage and in the studio He is still living in our memories and lots of good things I remember are somehow connected to him. This album is a tribute to him.

Did you ever consider ending Hate at this sad time or did you feel Mortifer would have wanted you to carry on?

Well, I personally felt that we should continue. It was never a question, at least for me. However, there were some doubts among the rest of the guys in the band and close to the band. I mean our sound-guy, manager etc. because it felt like losing a family member. It was very strange going on stage without him at the beginning, but playing shows was a kind of therapy for each of us. We chose to be on stage instead of mourning over the tragedy for long time.

You will soon be touring with Vader. How do you feel about returning to the UK to play live?

It will be a great occasion since we are going to play 4 shows in the UK this time. I am looking forward to it, especially because I am aware that we have lots of supporters and fans in the UK waiting for us. It’s gonna be a blast!

Do you think the Polish metal scene has ever been as vibrant as it is now with bands such as Hate, Vader, Behemoth and Decapitated?

There is no doubt that Polish metal scene is a phenomenon and it has been growing in recent years. As far as I remember, there have always been lots of bands, especially ones representing extreme metal. We have been around since 1990 and I am proud that we have contributed much to shaping the scene.

How well do you know the guys in Vader and how much are you looking forward to being on the road with them?

We have been friends for years and did a few tours together in the past. I am sure it is going to be a great tour with a good atmosphere both on stage and backstage.

We now have a lot of Polish people living in the UK. Any members of Hate ever considered joining them or will you always remain based in your homeland? 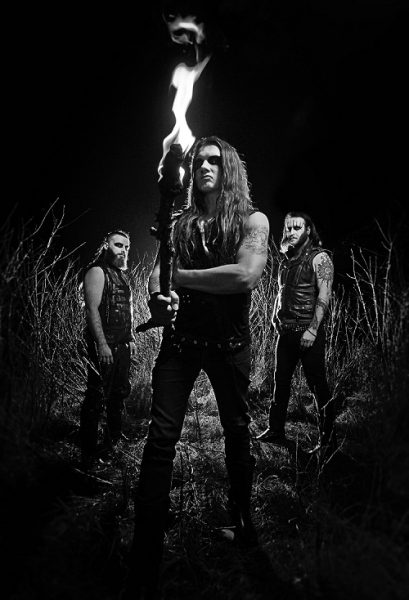 We all live in Poland, but I remember that our guitarist Destroyer used to live in London for a few months. He had an idea to stay there for a longer time, but our busy touring schedule and necessity of playing regular rehearsals made him come back to Poland for good.

Europe seems to be increasingly divisive when you look at things such as the Ukraine-Russia conflict. With Poland having undergone its own political sea of change in the 80s, do you follow things like this closely and does it inspire some of your work?

Surely, I am inspired not just by music but also ideas and social processes that I observe. I am interested in politics and history and it definitely influences my work. Talking about the Russia-Ukraine situation, it is actually Russian aggression on Ukraine. It shows how Russia has changed over the last 10 years under Putin. It’s a regime. The country is ruled by a cartel ready to go to war to sustain power as long as possible. It has nothing to do with any kind of democracy, so the country has become dangerous for its neighbours again. You can find some reflection of this in the song ‘Dawn of War’. The title speaks for itself I think.

The whole new album is about the condition of humanity and its way to self-annihilation. It doesn’t refer to any particular war or conflict, but to innate tendency in humans to conquer and kill. It’s about the world ruled by entropy and decline; the twilight of the civilisation as we know it. We a have a tendency for conflicts which result in wars. This ‘War Mem’ is so strong in us that it’s barely exist without wars. You live too shortly and have no distance to changes and mechanisms that rule the world. Religions are comfortable illusions. God is nothing but a deaf creature of mass illusion. Evil triumphs because humans are mentally too small and shallow. You mindlessly march toward self-annihilation creating still new gods. The result of this big human effort is none. Zero.

Hate always make dramatic videos. Is this something you enjoy doing?

We like videos with messages. The new video for ‘Valley of Darkness’ is about delusions and harm done by religious beliefs. Its main line is “Set fire to icons”, which means getting rid of all the religious bullshit. On the video, you can see the symbols of all the main religions burning and a chorus singing: “You follow a death-cult caravan through valley of darkness”.

Thank you so much for your time. Finally what can UK metalheads look forward to when Hate and Vader hit these shores?

We are coming in support of the new record, so we will definitely play 3 or 4 songs from Crusade… plus a bunch of best songs covering Solarflesh, Erebos and Morphosis albums. Having a new drummer on board, we feel stronger and more determined than ever. We want this tour to be a new opening for us and I just can’t wait to be there!