I bring the coldness of Norwegian/Swedish Black Metal to Wolverhampton…

The drizzly climes of Wolverhampton may not be as cold and merciless as that of his Scandinavian influences, but with his first album Towards Darkness’ Paradise due out 10 May 2015, Angmaer delivers a solid black metal album that reeks of 90s black metal. MR’s Jason Guest probes…

Thanks for taking time out for this interview and congratulations on your upcoming debut album, Towards Darkness’ Paradise.

With this album, I wanted to create a good black metal album which had my own songwriting and playing style incorporated into it as well as those who inspire me musically.

When you were writing for Towards Darkness’ Paradise, did you have an idea of how you wanted the album to sound or did each of the tracks and the whole thing take shape as it was being developed?

I didn’t really have a direction with this album, musically anyway. So, as I finished writing and recorded it, it formed the spirit of the album as it happened, really. I just followed the path that the music created for me.

When I thought about the album title, I wanted to make it something that does have meaning to the album, to Angmaer as well. So to me the title fits very well with the album as the album is the first full-length of many. We are going into and towards the wonderful darkness that Angmaer’s music is and will be in the future.

There is no particular concept. All the songs have their different themes and lyrics that don’t relate so much to each other. I suppose each track on the album shares a certain coldness and a certain spirit in itself that binds it together nicely.

The title of your first EP, Sorg, Trolldom, Vinter, was in Norwegian. Why a title in English rather than Norwegian for the album?

At first I was going to name the album after the first proper song ‘Hvitulven’, but as I thought more and more about it, Towards Darkness’ Paradise summed up the whole album quite a bit more than that did, and it seemed to be more memorable than the Norwegian equivalent too. 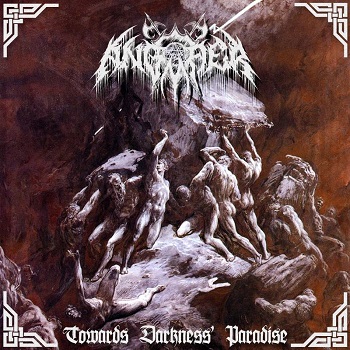 The artwork was designed by the French artist Gustave Doré. His artwork always caught my eye, with the dark religious imagery. To me his art shared a similar darkness to my music and I believed it would be suitable to have one of his works for my album. The particular art I did choose, “The Clash of the Titans”, was quite an interesting piece, it just seemed to work with my visions for the album.

December 2014 saw the release of your first EP, Sorg, Trolldom, Vinter, and May 2015 will see the album’s release. That’s a pretty short time between releases. How long were you working on the album?

The songs on the album were all written between mid-2013 to the start of 2015. So, I had a lot of material to use. Though I do write a lot of material as creating music for me has become a sort of addiction; if I don’t get my ideas written down soon, my mind starts to race and headaches begin. So, creating is my release from the strange pressure.

How did you come to work with UKEM Records?

I was originally going to release this album independently like I did with my EP. But UKEM approached me and asked if I would want to have it released on their record label. Which I said yes to, obviously.

The band name is a name adapted from Tolkien, a popular source for black metal. What is it about his works that you find inspiration enough to name your band after it?

I am quite a Tolkien fan and a fan of a few Black Metal bands who have Tolkien inspired lyrics, names, albums. I thought that the name would fit rather well, as it is the homeland of the feared Witch-King. It has a certain evil, which fits my music. I just changed the spelling of the name as a few other bands had “Angmar” as their title, I didn’t want to completely change the name as it just felt right for me.

Though it does get pretty nippy, Wolverhampton is a far cry from the Norwegian, Finnish, and Swedish landscapes of your influences. What’s the relationship between these bands and the not-so-sunny climes of Wolves?

There isn’t really a relationship between the two; Wolverhampton doesn’t inspire me at all. So there is a good contrast between those lands and this place. As I’m a big fan of all these Scandinavian bands, it seems as if I bring the coldness of Norwegian/Swedish Black Metal to Wolverhampton. 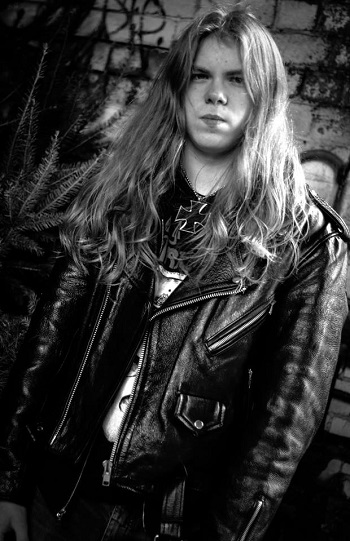 Angmaer gives me complete control of what I can do; I prefer that in some ways. But that was one of the factors that made working with Eternally Enthroned a bit difficult. I have to make all the aspects of the songwriting to my vision and it satisfies me when I can follow through with my vision to exactly how I initially imagined it.

With Angmaer being a solo project, what are there pros and cons to working by yourself?

Well, the pros are that I can do whatever I want; I create everything I imagine with no barriers. But, I do enjoy having band members’ input in the music, in the lyrics too. Playing this music with band members is also quite satisfying, though I still search for members to join, for live shows right now.

Any plans for shows in support of the album?

There are none yet. I am trying to find live members to play gigs with. Though it has proved to be a tricky task. I am hoping with the publicity I get from this album release, people who’d be interested in that role.

What does the future hold for Angmaer? Early days I know as the album is yet to be released, but is there more material in the works?

Some extraordinary plans are in the works for the future, so I can say the future is very bright. I do have a lot of material ready to be recorded, even more in my mind to be put into song. You can expect something massive from the upcoming releases of Angmaer.

Thank you and support the underground, keep the flame of black metal burning! 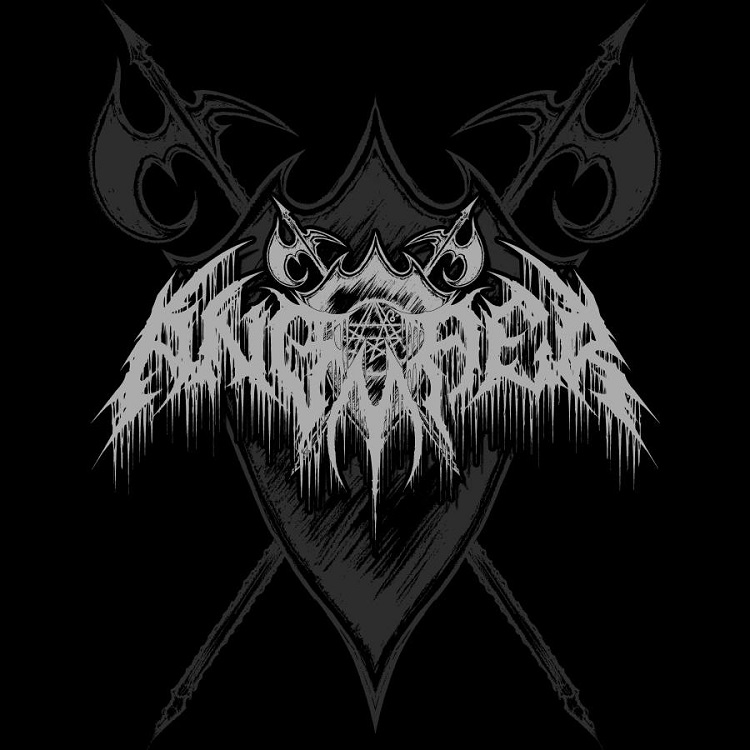