Hi Andrew. Thank you very much for taking time out for this interview and congratulations on your self-titled EP (review coming soon). To begin, can you tell us about how Raum Kingdom formed and what it was that drew you together to make music?

We are all brothers of music and life. Each of us all have a deep love for music. It took many years for this line up to get together as a unit, as life and other projects kept us apart.

Raum Kingdom is the opposite of the world in which we live in today and is a vision to stimulate the imagination of what should and could have been. It came from many months of chatting and toying with ideas… that and every other name was taken. Hahaha!

Who would you say are Raum Kingdom’s main influences? What is it about those bands and their music that you find inspiring? And how much of an impact do they have on the writing of your material?

We all have a diverse music collection and taste. It’s the versatility and diversity that give us inspiration to express. There has to be a certain talent to create a certain emotion in music. If this is done correctly then it makes us turn our heads. But sometimes you have to enjoy the good with bad to know the difference.

We started off with a concept before we actually got together. As time passed we conceived a sound and from that found what we wanted. The grass always looks greener on the other side, but you still have to cut the grass when you get there.

The press release says that the EP works best when listened to from beginning to end. When you were writing, did you have this in mind or did it evolve as you were working on it?

We feel that no matter what order the songs are in they should all sound like they are from the same family and shouldn’t totally affect the overall experience. Ideas where thrown down when recording to create a more finalised idea of the EP which in turn brought all the songs more collectively together.

Did this approach affect the writing? If so, how?

We are all very aware how we approach the music, so as ideas are laid down and chopped up and thrown in the washing machine. It’s got to be from the same place where we conceived the idea, otherwise we aren’t being true to Raum Kingdom.

Ideas come from anywhere, either it be from the jam room or from someone’s imagination. You got to slog it out and see what’s what. Sometimes great ideas are thrown out as they just don’t cut what we are about.

Are there any influences outside of music for Raum Kingdom (literature, art, etc.)? And how do they inform the lyrics and music?

We are inspired by a lot of different aspects of life: Comics, Film, Art, Music, Books, Comedians and Culture. So by our love of all of these combined it’s a way of expressing out observations of what we see and feel and love. Lyrically I know Dave likes to look at writing as releasing his demons.

Who designed the artwork? And how much direction did you give him/her in the design?

We had long discussions and a lot of trial and error to get something we were happy with. Portrayal of an imagined portrait is a tough endeavour. Luckily we have a close comrade who feels the same as we do.

What does the future hold for Raum Kingdom? Is there more music in the works, another EP or an album?

We have many hopes and dreams. We have plans and visions. If any of these come true this would be great. For the moment we are enjoying what we have done and trying to do as much with it as we can and getting this music that we are proud of out there. We are always writing and always talks of an album too. As for when, we could not say.

Any touring plans for the EP?

We’re having the EP launch in Fibber Mcgees 5th of September in Dublin but as many gigs as possible before and after that. We will be doing our best to get out there and play. But real life as always might get in the way.

Thanks for checking us out and wish you all the best. 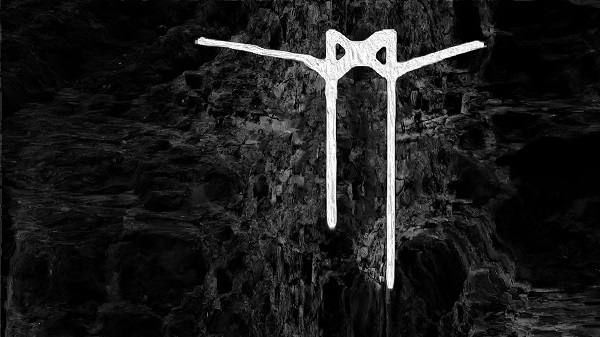