I’m really not that interested in my musical legacy.

With the release of Slaughter Of The Soul back in 1995  melodic death metal outfit At The Gates delivered an instant classic that together with Carcass’ Heartwork formed the template for a whole new generation of bands, including Killswitch Engage, God Forbid and Chimaira. Undaunted by their legacy ATG reunited a few years ago and played a ton of gigs before settling into the making of a new album. The result of their hard labor is At War With Reality, an album which can best be described as a solid comeback record. Raymond Westland caught up Anders Bjorler, guitarist and principal songwriter within At The Gates.

At The Gates did a couple of reunion tours and gigs the last couple of years. At which point did you guys feel comfortable to write and record a new album?

Yes, we reunited back in 2008 and at first we didn’t feel the need to record any new material. We received so many offers to play pretty much anywhere we wanted. We received so many positive reactions about our live performances that we just kept on playing live. However, as time progressed we started to miss the whole creative part of being in a band, so the first seeds were planted to start working on new ATG material. Another contributing factor was that I quit The Haunted, so I had more time to actually work on new material (laughs).

At War With Reality is a solid comeback record and it also certain timeless quality to it. Which elements are you particularly pleased with?

I’m really happy with the variety of the material and the overall flow of the album. We worked over a year on the new material and making it feel right. It was a very meticulous process and we didn’t want to leave anything to chance. Also the recording process itself went really well and the fact we could the album in our home town of Gothenburg helped to smooth the ride.

At War With Reality isn’t a concept album per se, but the songs are thematically linked together. Can you share some light on this?

Sure! Our singer Tomas is fascinated by so-called Magic Reality books from South America. As you may know many countries over there had totalitarian regimes, so authors were forced to use a lot of metaphors to avoid being caught and thrown into prison. When Tomas came to me with these books it really inspired me to write music, so in a way the lyrics, the music and the artwork are all part of a bigger package so to speak.

Slaughter Of The Soul is regarded as a genuine metal classic nowadays. Did you feel any pressure to come up a worthy follow up record?

How weird as it may sound, not really. I’m the kind of person who likes to live and the here and now and I’m not particularly interested in my musical legacy as such. Slaughter Of The Soul was recorded nineteen years ago and it’s a good album for its time. We were 23 at the time and we had a particularly bad tour, financially speaking. We had a massive debt and we were very angry about it and that really influenced how the record came out. I’m not a particular nostalgic person and that’s what keeps me grounded. As a matter of fact, my stepson is 19 and that’s how long it was ago when Slaughter Of The Soul came out. It really puts things in perspective for me (laughs).

For the recording of the new album you guys teamed up with Fredrik Nordstrom. How was it like to work with him again and what did he bring to the table?

He worked with us on Slaughter Of The Soul, so it was really nice to reconnect with him again. At the time he owned one of the few studios in Gothenburg and his fares were fairly cheap, so it was the logical choice to record an album at his place. He was also a sort of mentor for us, but also for Dark Tranquility and In Flames. He really knows his stuff and that’s why we wanted to work with him again. Jens Bogren did a great job in mixing and mastering the new record. In a way Fredrik can be seen as the godfather of the whole Gothenburg melodic death metal scene at the time (laughs).

The Haunted managed to scramble together a new line-up again and they released a new album. What are your thoughts on that?

I really like the new album and I’m glad they managed to find some good replacements. The main reason why I left The Haunted, was because Peter Dolving left the band as well. It was the fourth time we went through the whole singer ordeal again. We also lost focus on Unseen, for some reason the album feels somewhat disjointed. I still like the songs, but I’m not really happy with the production.

How do you look back on your years with The Haunted?

I’m still very proud of the records we’ve made. The Dead Eye is still my favourite The Haunted album. We also had some really good tours and I’ve met some great people along the way as well. It’s kind of humbling when you actually meet the people you’ve admired and looked up to in your youth and that they’re into your music as well, like the Slayer, Testament and the Exodus guys (laughs).

You also released a solo record last year, called Antikythera. Why is it so important for you to have your own creative outlet as well?

That’s because I’m into more types of music than metal alone. I’m very much into progressive type of film music score music and I like to explore that side of me as well. Back in my youth I was really into horror movies and the music that came along with it made a big impact on me, just as Slayer and Trouble did back in the day. That type of music isn’t really metal, but it did form the main basis for my solo record, called Antikythera. Variety is the spice of life.

Together with Carcass, In Flames and Dark Tranquility you guys inspired a whole generation of new bands in the early to mid 2000’s and At The Gates is often tagged as “legendary”. How do you handle such praise?

It’s flattering of course, but like I said before I’m not really type of person who likes to dwell in nostalgia. Some people like to go on and on what they back in the day and mesmerize how great things were. I’m more interested in creating music that is current. When the records that I’ve been a part have a certain timeless quality to them, that’s a nice added bonus, but it’s not something I purposefully strife for. I’m really not that interested in my musical legacy. As a musician and a band you’re just as relevant as your last record in my opinion.

What touring plans do you guys in support of the new album?

Currently we’re touring in Sweden and after that we have a massive European tour coming up with Triptykon. On the top of my head there are some US dates as well. In between tours there’s enough to compose music for my solo record as well, but as for now it will be a lot of At The Gates (laughs).
At The Gates official website

Visit the At The Gates online store here 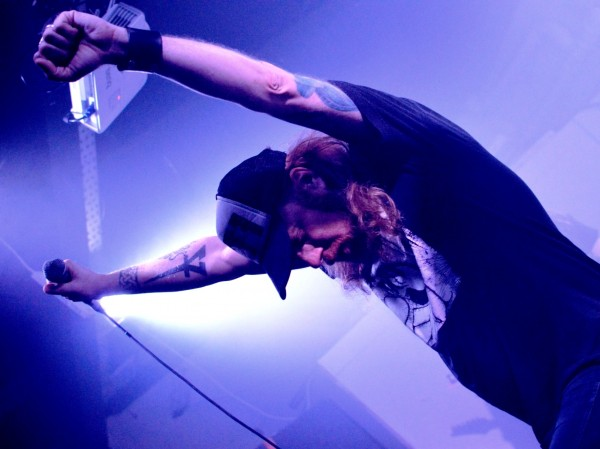