“I use voodoo more as a symbol for ancient spirits, the spirit world and spiritual nature.”

Hi Alex, congratulations on the Anticipation for Blood Levelled in Darkness. It’s a storming release, full of pounding riffs and great death metal growls. And your drumming’s pretty insane too! Are the members of the group pleased with it and did things come together well in the studio in Sweden? 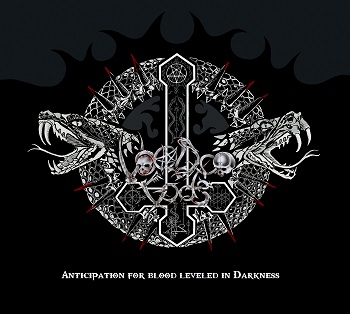 Thank you. Yeah, we are all very happy with the result. I was pretty well prepared before we drove to Sweden; Seth, Jean and Hiro had the songs already over 1 year and George got the songs 2 weeks before he arrived. We started in April with the mix and the additional vocal recordings. In February I drove to Varberg (Sweden) and Andy La Rocque went over the songs with me for 2 days, so by the time we all hit the studio, things went very smoothly. Of course we all pushed ourselves and some of us had an 18 hour day. I think the only factor to slow us down, was time…

Voodoo Gods feature so many talented members of other bands, hence attracting that label of ‘supergroup’. Is that a label that sits OK with you?

Not really. I consider us to be friends and pro musicians in the first place. I’ve known George, Seth and Hiro for over 17 years. I met Jean online about 7 years ago, and he agreed to play on our first EP. I have chosen these guys because we are friends and they had the talents I’ve been looking for. The same with Mike Browning and Nergal, I know them for years and we have always been friends. When I write songs, I already know what type of vocals I wanna hear on top. That is how I choose everybody. I listen to a lot of Power Metal and for the guitar leads I wanted some crazy scales and this type of Paganini style. There is only few guitar players with that style and speed. David Shankle is one of them and I got in touch with him after I saw him playing on a Manowar fair giving a guitar workshop.

Is it ever a danger that fans are reluctant to invest both emotionally and financially in a supergroup because they view it as somehow superficial, with the members seeing it as a side project to their ‘real job’ elsewhere?

I don’t really know how to answer this. I don’t consider VG as a side project. For me it is the only band and my band with my fiends playing in it. The other guys might feel different about it, so you should ask them about it. I can say that as a fan from Metal music, I don’t really care who is in a band. I listen to their music and as long as it is good music, I will spend money on shows, CDs and DVDs!

Tell me something about your relationship with the other band members. I know you’ve been friends with George Corpsegrinder from Cannibal Corpse for a long time. Were you confident he would accept your invitation to replace Nergal (of Behemoth) and join the band as its new singer?

I already spoke earlier about it. With George it was a special case, because I already asked him to join Shrunken Head back in the days, when I was still living in Florida. So he knew I would ask him sooner or later to come and be a part of Voodoo Gods.

As George is such a legendary figure in death metal circles (pits!) his joining the band can only lift the profile of Voodoo Gods and gain exposure to as wide an audience as possible. Is that something you welcome?

Of course, every musician is happy to gain popularity and to reach out to more fans. I am very happy with his input.

Would you like to sum up Nergal’s contribution to Voodoo Gods – I guess he remains a good friend?

Sure, I moved to Poland in 2005 to establish my merchandise company. I had the first 4 songs together and was ready to hit the studio, that is when I gave Nergal a call and he came to the Studio X (Olsztyn) and recorded 3 songs with us. He also helped to arrange few parts and had some great ideas for vocal patterns. Of course we are still good friends. I went out to meet with him during their last tour here in Germany. We had a few beers and a great time. We will play few festival shows next year and in case Behemoth play on the same day, I am sure he will come out and play few songs with us. 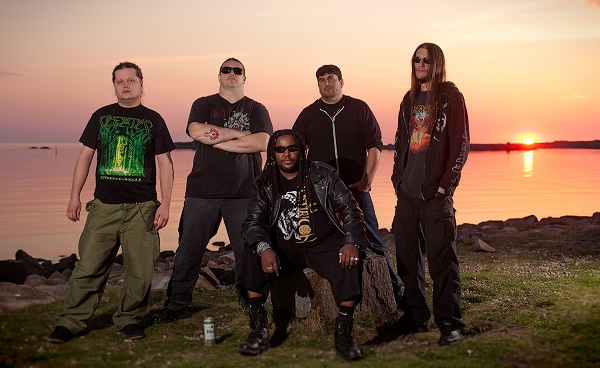 Do you think the appeal of a supergroup is that it gives the performers scope to move into areas that perhaps they haven’t been able to explore with their own band. Surely if you’re just doing the same thing in two bands, what’s the point?

Of course. Things in Voodoo Gods are a little different, because the other musicians are not at all involved in the song writing process. I write and compose in a very certain way, the guys know that and Voodoo Gods will never sound like any of their bands. Not only, we do never use blast beats, Jean’s bass line and my drumming create a very certain tone/mood. Always; that tone or mood would not fit to any of their bands. Never!

Has the interest in Voodoo Gods exceeded initial expectations and do you feel the new line-up is capable of achieving more than when you first set the band up in 2001?

Sure, back in the days we were just 3 guys, now we are 6 in the band. I think that I also developed in the past years as a person and as a musician. Put those things together and there is a clear positive progress.

Can you tell us a little bit more about the lyrical topics and subjects the band explores?

The main concept is nature and voodooism. I use voodoo more as a symbol for ancient spirits, the spirit world and spiritual nature. It represents a concept of 7 elements: Water, Fire, Wind, Light, Metal, Time and Earth. This of course is my own philosophy and way of life. Most of my lyrics are really angry and hateful. It’s my outlet for all the things which go wrong in this world. The church is something I totally execrate and they always get what is coming to them.

Not every death metal bands has a sitar? Whose idea was that? I’ve seen Jean Baudin play it on the promo video and his double handed dexterity is staggering.

Actually we don’t. Jean plays that oriental passage in the song Cetewayo and I told Hiro to simulate a sitar with his guitar. Suddenly Olof the studio assistant of Andy La Rocque told us, “Hey, one of my friends has a real sitar and he lives just one block from the studio.” I was, “Awesome, go and get it.” That is how the sitar ended on our album. Jean is amazing and the main reason he is with Voodoo Gods now is the fact that his bass playing is very unique and unorthodox.

Do you have any touring or show plans to promote the new album?

Yes, we will play few festival shows next year and probably a tour. For this year I plan the stage concept and lots of rehearsals.

Is it inevitably going to be difficult to take Voodoo Gods on the road with the band members all have touring commitments with their other bands?

I am pretty sure we can handle a tour with all our schedules. The festival shows for sure. Another plan was to put few of the bands together and tour with them. We will see!

On a worldwide level how has the feedback been from death metal fans?

Really good, especially from the US and Poland, also the fans in Germany gave positive feedback.

What does the second half of the year hold for you personally, Alex?

You know, I have my own studio now and I already started to write songs for the next Voodoo Gods album. I have a few drum tracks recorded and a few demo versions for upcoming new songs. Voodoo Gods keeps me busy all year and I also need to take care about new merchandise designs and other recordings I do in my studio. During the winter time I am mostly in Haiti or on the Dominican side of the island.

Many thanks for taking the time to talk with Midlands Rocks in the UK. Congratulations on the album and best wishes to all the guys for the future.

Thank you Paul and thanx for the support of Voodoo Gods. Cheers! 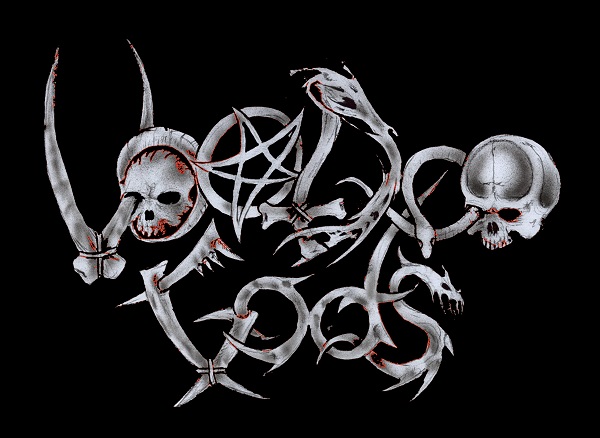