“It’s the tearing apart of everything we know, at every level.”

Hi Ade. Thanks for taking time out for this interview, and congratulations on Severance. To begin, can you tell us about what you wanted to achieve with the album? Does it mark a progression since 2011’s The Last Caress of Light?

From the outset we wanted to open our sound out much more than on the previous record. We are proud of the debut but it represents a 4-year period for the band and we wanted something more representative of where we felt we were, particularly in terms of stamping our own identity on the music. In general there is a darker, more aggressive atmosphere to this album, which is partly what we want to achieve but partly a product of circumstance given the very turbulent period the band was going through. In general the song-writing is more focused with less fat in the arrangements. Overall it is a truer representation of what we want to create, and that is a progression for any band or artist, I think.

With it being your second album, were there any challenges you faced when it came to writing for Severance? Did your approach to writing change in any way?

We’ve always approached writing the same way but the circumstances of writing this one were a lot different. As I mentioned it was a volatile period for us as we were going through line-up changes; we did not have a permanent new bass player yet and it became obvious that Lisa was in the process of winding up her time with the band. This made writing very difficult obviously and when we came back home after a 3-week European tour with Arkona we only had about 12 weeks to write the majority of the album before our recording time. We did not want to push the recording back any further than we already did so we just got stuck in. Normally for a lot of songs I bring a riff or idea to the table that kind of gets the ball rolling and the band work together from there – which is fine but in such a short space of time to come up with that much material was quite a lot of pressure, I must admit. I went off the radar completely for two months solid and spent a lot of time exchanging ideas with Sarah, who also wrote some really great stuff for this record. In the end we learned a lot about the creative process and like I said. It contributed somewhat to the overall atmosphere of the album.

Is there a concept, a theme, or a philosophy that underpins the album?

There isn’t a singular concept but one of the main themes in the record is decay; decay of all things physical and metaphysical. There is a Cormac McCarthy-esque post-apocalyptic vision of the world in the album, and in tandem with this the philosophical concept of Solipsism, which is the idea that you cannot be certain of anything outside of your own frame of reality. The album looks at what would happen if we tore apart these frames and systems that we use to make sense of the world. It tries to get to grips with the unknown, and the title Severance basically summarises this. It’s the tearing apart of everything we know, at every level.

Who wrote the lyrics? And what inspired them?

On this album it was almost 50/50 myself and Sarah writing the lyrics. We have similar styles of writing and when I looked at some of the stuff she had there were a lot of conceptual similarities as well as a style of imagery that works well for us. The things that inspired them are more or less what I described above. 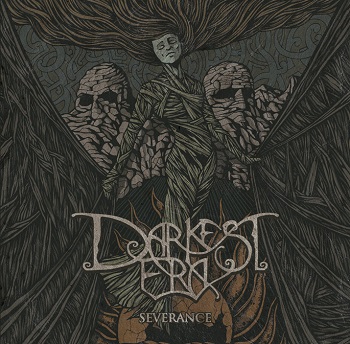 Can you tell us about the artwork? Who designed it, what drew you to them for Severance, and how much direction did you give them in its design?

It was designed by the Romanian artist Costin Chioreanu, whose work we were aware of but had been put in touch with through a mutual friend. It relates directly to the themes of the album, but specifically the song ‘Beyond the Grey Veil’.  Costin instantly understood what we were trying to achieve with this album and he really genuinely connected with the music. He told us that the cover art was what he literally felt guided to do whilst listening to this song. So really, we gave him very little guidance as we were so much on the same page. He showed us a preliminary sketch, we loved it and he produced the final piece. There was no real tweaking involved. I do think it’s an absolutely beautiful piece of art.

The band formed in 2005 (under the name Nemesis). Musically speaking, how has the band developed in that time? How does the band write? Is it collaborative or do you bring individual songs to the band?

Musically, obviously we have matured a lot, as people and as musicians. Our main influences are basically the same, except that we have much more of our own voice and personality in our music now. Normally it is myself or Sarah that will have an initial idea for a song, which could be anything from just one riff to an almost complete track. Normally we bring it to the full band and as everyone adds their parts, thoughts and ideas the song grows and becomes something else entirely. So it is collaborative but also if one of us has a strong vision for a track we primarily trust that completely initially until the song takes more shape and we can look at it again more objectively.

Since The Last Caress of Light, bassist Daniel O’Toole and drummer Cameron Åhslund-Glass have joined Darkest Era. What have they brought to the band?

They are both fantastic musicians so they have brought us up a level in that respect. Lisa was a great drummer but Cameron has a much greater knowledge and feel for the kind of music that we take influence from, and is technically more proficient so this has opened up possibilities for us. We are tighter as a band than we’ve ever been but I think it will be on the next album that their influence really comes through.

Did the departure of David Lindsay and Lisa Howe have a significant impact on the band, its dynamic, and the writing process?

I’ve mentioned the impact on the writing process, but yes of course the dynamic of a band changes when you have different members involved. Thankfully, after doing a few big tours and so on, myself, Sarah and Krum had come out with a galvanised belief in the band and in ourselves – so we knew that whoever we drafted in to replace those guys would be coming in to a band that had pure focus and drive at its core.

Well it’s no secret that record labels are streamlining their operations these days. The music climate had continued to degrade since we signed to Metal Blade and while the record sold very well for them, they had to make a business decision and dropped about a dozen small bands in the process. It’s the way it goes, as the days of supporting burgeoning talent for a couple of albums as they grow and grow are gone. Maiden signed to EMI in 1980 for a committed 3 albums to make sure there was the right level of commitment from the label to do the job properly and take them to the top. But like I said, things are in a poor state in 2014. Cruz Del Sur is probably one of the most consistent and highly regarded Heavy Metal labels in Europe. I’d known about them for years and it was an obvious choice to work with them. Their roster is absolutely killer and we’re proud to be a part of it.

What are your tour plans for Severance?

We will be embarking on our first ever headline tour of the UK on the 25th September, you can check out the dates on our Facebook. After that we should be doing some shows around Europe in the spring time, and hopefully some festivals next summer.

Thanks again for taking time out for this interview. Do you have anything you’d like to say to our readers? 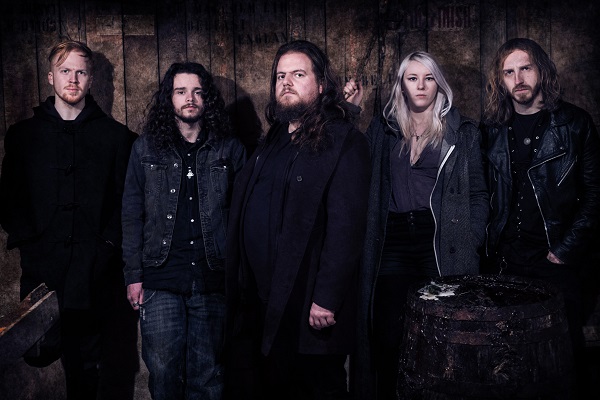