For a small country (with a population of around 7 million), Bulgaria boasts tonnes of amazing rock musicians and bands. Not many of them, however, are known internationally, for one simple reason: the language, only spoken by a handful of people.

This is where Milen Vrabevski (MD) has hit the spot. Intelligent Music Project, a band founded by him in 2012, writes their songs exclusively in English, which immediately opened doors to them that would have previously been closed to other Bulgarian talents.

From the debut album The Power In Mind on, the band immediately put their own stamp on progressive/melodic/art rock and managed to attract no less than an ex Uriah Heep member: vocalist John Lawton. This marked the beginning of a number of great collaborations between Dr Vrabevski’s band and other fine musicians, amongst whom are John Payne (Asia), Bobby Rondinelli (Rainbow, Black Sabbath), Carl Sentance (Nazareth), Todd Sucherman (Styx), Simon Phillips and Joseph Williams (both of Toto). Since their fifth album Life Motion 2020, the band also features one of the hottest vocals on the world rock scene nowadays, the fantastic Ronnie Romero (Ritchie Blackmore’s Rainbow, Michael Schenker Group, Vandenberg, Lords of Black, The Ferrymen, Magnus Karlsson’s Free Fall, etc.). 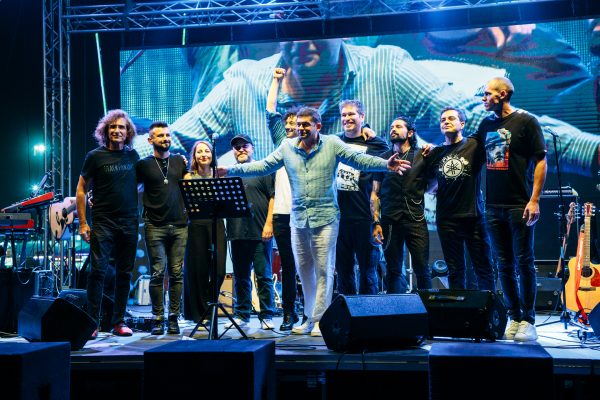 It is clear enough that none of these names would appear on CDs by a Bulgarian band if its music weren’t on a world level. One could only speculate as to what helped the Intelligent Music Project shoot them into such a stelar dimension: the fact they have been singing in English from day one, or the quality of their music and depth of universal lyrics touching the hearts of listeners regardless of their nationality and race, or perhaps the involvement of iconic names – or maybe a bit of all this. Whatever the formula for success is, at last the world turned its eyes on Bulgaria, this not very well known and pretty much undiscovered treasure chest for talents.

The band model utilised by Milen Vrabevski is on trend in more than one ways. Rather than being a “standard” type of band with a fixed cast, IMP belongs to a modern type of rock bands and supergroups: what could be called a “satellite” band, where the core holding the project together is its creator, and musicians joining in vary from album to album. Perhaps this is the future of rock, with the world globalisation and digitalisation, allowing collaborations of talents from all over the world without having to travel (which is what Magnus Karlsson’s Free Fall does, for instance, employing different vocalists in each album; or singers like Russell Allen and Ronnie Romero with their extensive lists of collaborations).

The sixth CD by Intelligent Music Project, Creation, released in early March, is due to be followed up with The Creation Tour (Covid permitting) kicking off in Bucharest (Romania) on 21st May, followed by gigs in Thessaloniki (Greece) and four dates in Bulgaria.

What holds this album together are the strong melodic lines, immaculate multi-level compositions, perfectly written lyrics (under the consultation of Angela Rodel), magnificent harmonies symphonic orchestrations, sing along tunes, constantly changing blocks of melodies with different singers, and all the tools used by the best bands in this genre. It would be fair to say that this is the Bulgarian version of Toto and Asia, even more so given the fact that members of both of these bands have their own input in the music of Intelligent Music Project.

There is no chance to get bored listening to this album. The mood and style change continuously; the ease of delving into different genres demonstrates professionalism on a highest level. Symphonisation and orchestration play a significant and very important part in the music of the Intelligent Music Project. This is the glue that holds everything together; the backbone of their albums. All tracks are composed and thought through down to the tiniest little detail.

Most songs tend to consist of separate blocks that fit together perfectly into the puzzle of the track. Each module is sung by a different vocalist, alternating in style, with their own melody, flowing into the next module gently, allowing the song to develop internally, until it all gets together in a culmination. Typical example is the structure of “The Story”. It starts off with a curvy rock guitar solo followed by the lyrical block sung by Romero, then an Asia-style block performed by, obviously, Payne, which smoothly transits into yet another lyrical module sung by Grisman, going back to the rock sounds, involving all these singers, and framing the song with a lyrical piano and cello solo. The culmination is a multi-level epic ending using all previous instruments as well as an orchestra.

More songs following this model are “Your Thoughts” and “That Something” with modules sung by Grisman, Payne and Romero (some lyrical, other ones – dynamic, raw, huskier rock), with rich melodic lines underlying the tracks. You may try to keep note of all instruments used, until at one point you give up and give in to the experience which is uniquely varying and would satisfy various music tastes.

“Back to the Truth” displays another variant of this song model, using just one main vocalist, with two different melodic blocks (one lyrical; second one being a sing along rock type, with a hint of Italian/French street music).

There are also gentle ballads, perfectly mastered as compositions, instrumentations and deploying heartfelt vocals. The beautiful “Listen” stands out as an angelic track bringing out a side of Ronnie Romero’s talent that we didn’t know he had. Here, he sings his heart out in a way we haven’t heard from him before: crystal clear, soft, emotional, gentle. Listeners commenting under the YouTube video say it touched them to tears. Dedicated to families with reproductive problems, this track reaches out to the hearts of young people facing reproductive challenges. This adds yet another dimension to this music, which contributes to the good cause of Dr. Milen Vrabevski’s Bulgarian Memory Foundation, with the help of which thirty six children have been born so far.

The participation of Payne and Grisman gives the music a specific Asia/Toto taste, typical examples being “A Shelter” and “Your Thoughts”. There is also a hint of jazz in this album (“Let It Go” sung by Romero, again uncovering yet another side of his unique multi-level talent), catchy sing along tunes (“Back to the Truth”, “A Sight”), beautiful melodies (“That Something” – again carrying that special Asia charge; “Serve” – another multilayered beautiful ballad), and even some old hearty rock’n’roll (“I Know”, “Let It Go”).

To say that this band is revolutionary may seem like an overstatement, yet this is exactly what its role is for the current music scene in Bulgaria. Here is hoping the story of the Intelligent Music Project will be an inspiration to other talented musicians from this tiny country, so their stars could also rise! 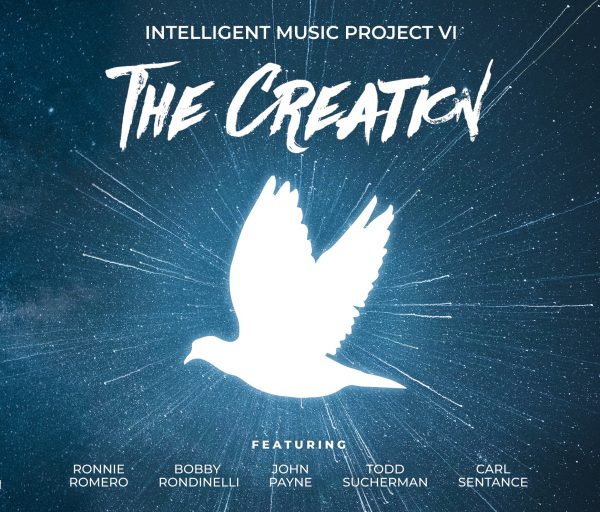