France may not be your first thought when thinking of top drawer metalcore. Well, it’s time to think again because Insolvency is here to plant their flag firmly on the metal map. Since releasing their debut album Antagonism Of The Soul this quartet have been on an upward trajectory and, showing great development sophomore effort Illusional Gates is certain to propel them on to new heights.

The briefest of introductions transports the listener to another dimension; it’s a piece of poetry without words that’s very hypnotic but vocalist Valentin Gondouin soon breaks the spell with a blood curdling scream. From here on it’s a full-on metal fest as Valentin and Bruno Blackstard weave intricate webs with their guitars while drummer Prosper Duffours and bassist Pierre Challouet lock in tightly to deliver a pounding beat. ‘Blindness’ is a musical tornado that leaves you feeling windswept as it passes and leaves a trail of destruction in its wake. However, Insolvency aren’t all pure bludgeon and an almost ambient section, replete with synths, provides a moment of calm within the storm which only makes the sections which bookend the song even more crushing.

Just like its predecessor ‘Torn Away Inside’ comes out with all guitars blazing and, like a hand grenade with the pin pulled, sprays shards of sonics in every direction. The synths, used sparingly, provide a nice counterpoint to the pounding rhythm section and that’s just one of many tensions of opposites that makes Illusional Gates such an intriguing listen as loud sections nestle next to ambient and clean singing juxtaposes guttural growls with the heaviness that permeates this album mirrored by a ethereal quality. The title track is a real stomper that marries metal musicianship to hardcore fury, and I’m pleased to report that it’s a marriage made in heaven as the two guitars conspire to lose the listener in a musical maze.

The current cultural zeitgeist almost demands that bands sing about personal struggles and Insolvency use Illusional Gates as a kind of musical therapy to explore and heal personal battles with depression and anxiety. If heavy music requires heavy lyricism, then here they come together to create some serious tonnage. ‘Smother The Candle’ features a guest spot from CJ McMahon (They Art Is Murder) and he adds some fine deathlike growls to add another shade to an already colourful palette. By the time we reach closer ‘Fade And Flow’ you may feel exhausted by dint of the raw emotion that Insolvency display but as the album fades into the beckoning silence you may also feel strangely cleansed. 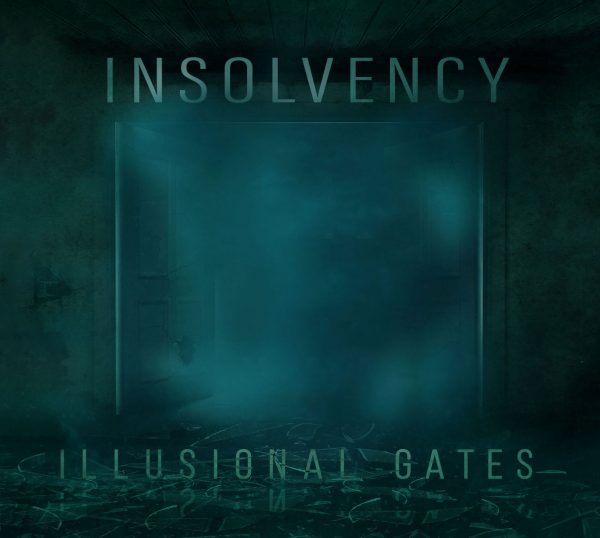