Avantgarde New Yorkers Imperial Triumphant are certainly one of the more extraordinary acts to be taken under the wider wing of the metal community in recent years. Their frequently  discombobulating jazz/metal mash-up leaves most people struggling to get on their wavelength.

Persistence usually brings rewards though. While masked performers is pretty standard fare these days, the gold tinny face coverings that the band’s three members conceal themselves behind does nevertheless make for even more impactful live shows.

An Evening with Imperial Triumphant, as its name suggests is a live recording – from the infamous Slipper Room in New York, the very city that has driven their creativity and shaped their sounds.

Their latest release was recorded live  and so most of the content will be familiar to those who have already familiarised themselves with the band’s first two albums. The utterly mystifying opener ‘Rotted Futures’ eventually gives way to the even more hostile ‘Atomic Age’ on which death bites surface through a clattering cloud of percussive perversion. 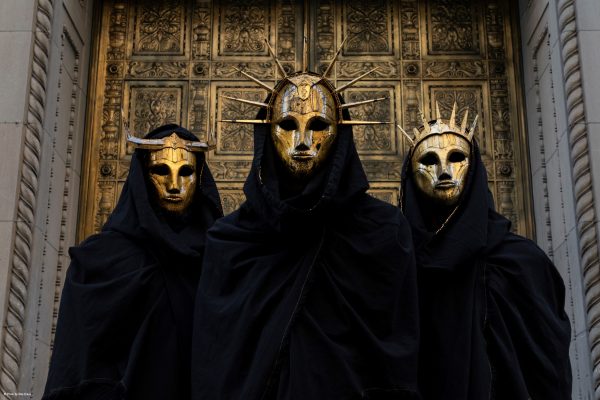 There are more tangents at work here than in a GCSE maths class while the stop-start nature has a similar effect as driving too fast over a series of road bumps. This is the album’s lengthiest arrangement and at one point it veers off into some kind of inter galactic dream sequence before the rush of vocals returns chased by another surge of banging that you might expect to hear when all the saucepan come tumbling out of the cupboard.

Trying to find a groove or hook to hang your hat on is invariably a challenge lost when dealing with Imperial Triumphant. That is not to say there is no order or construction at play, there is – but boy do they make you suffer before you find it.

They twist the knife in deeper on ‘Chernobyl Blues’ which opens with an unnerving strangulated sequence that ebbs and flows before an almost ambient hue casts a dark uneasy cloud over the still soundscape, the dimensions pulled further by the addition of some spoken diatribes.

There are ambient sections, such as the opening smoky sequence that leads into ‘Cosmopolis’ simmering gently like a late night jazz club, until the gloves come off to reveal an altogether more frenetic framework.

One of the highlights is ‘Alphaville’ with pits piercing intro seared onto the memory once heard while the use of trumpet throughout creates incredible soundscapes as such as the haunting intro to ‘Swarming Opulence’.

There aren’t many bands around quite like Imperial Triumphant. That’s no surprise, the ingenuity and imagination to reach out musically in the manner of the New Yorkers is not within the remit of most artists. We owe thanks to Imperial Triumphant for at least letting us into their own subterranean songbook. 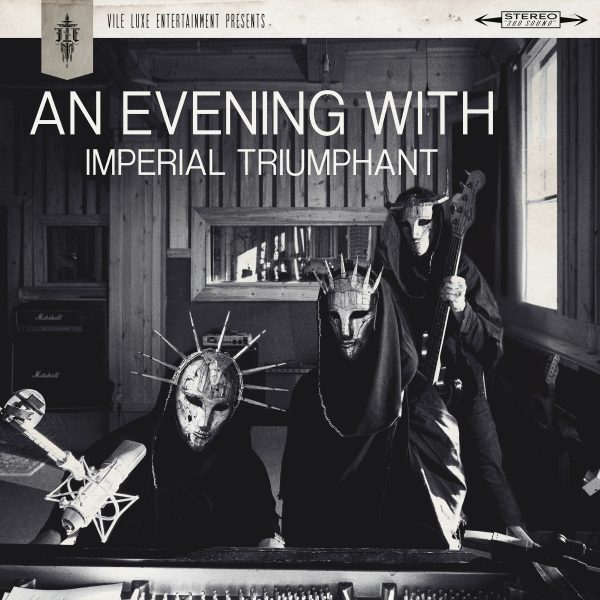