Sickness from the southern hemisphere…

Summoning all the sickness of the southern hemisphere into six demos, one EP, one Split, and two full lengths since 2006, with the assistance of Nuclear War Now! Productions, Australian one-man black metal band Ill Omen (Bandcamp) is getting two vinyl releases, album two Enthroning the Bonds of Abhorrence and the 2013 EP Remnant Spheres of Spiritual Equilibrium. Read on, do…

Sixty-five minutes of torpid and terrifying, grand and gruesome, haunting and harrowing black metal atmospherics, Enthroning the Bonds of Abhorrence is a chilling and curiously cathartic experience. With as much attention paid to detail as to the album as a whole, this is a richly textured work that brings together ice cold trem-picked riffs, distant drums, and scathingly accusatory vocals of the 90s black metal of the likes of Burzum and Emperor in elaborate arrangements that capture and convey all the agony, torment and torture of the futility of existence.

Dramatic, dark, and constantly developing with one after another intriguing aspect emerging, while the guitar, drums, and vocals are augmented by well-orchestrated layers of keyboards and atmospheric depths, with the acoustic guitar of ‘…V’, the album’s feeling of detachment deepens significantly. Hitherto an album that plots a fairly predictable course, at this point the pieces seem to fall into place and the remaining tracks give the album’s obscure spirit stronger definition. And with each replay, the portal to the abyss looms ever closer to further engulf the listener in its ice cold complexity. Highly recommended. 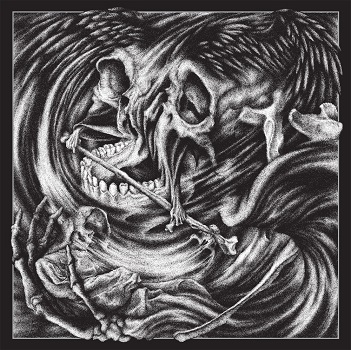 As a depiction of a process of spiritual ruin, there could be no better medium than this thirty-six-minute EP. Cold, bleak, and with its gaze firmly fixed on the futility of endeavour, the ritualistic feel is both hypnotising and spiritual. Dimly lit, the dark splendour of the emptiness that pervades the EP’s four elaborately haunting tracks offers no hope but is curiously comforting. Darkness may reign supreme but it offers the one truth. If the sixty-five minute Enthroning the Bonds of Abhorrence is not yet temptation enough, check this first. 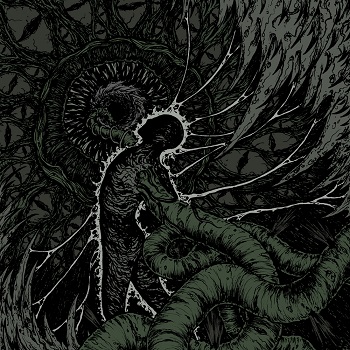