Reviewed by Brian McGowan and released by The Store For Music 17 November 2017.

In 1975, going into his first post-Purple patch, Gillan formed his own band, clearly seeking to distance himself from his previous employement.

The Ian Gillan Band’s third album, Scarabus, released in 1977, wasn’t the roaring rock/funk of the first IGB album, A Child In Time, nor was it the jazz/rock/funk fusion of the second, Clear Air Turbulence, but a clear attempt to incorporate all of the workable elements evident in those first two IGB releases, into a harder rocking whole.

Surprisingly, despite that intention, they continued to toy with funk and prog – ‘Poor Boy Hero’ is an unengaging effort that ends up sounding indulgent. And ‘Pre-release’ searches for an outré Progrock sound that Gillan is clearly uncomfortable with.

But when they nail it down, they truly sound newborn. ‘Mad Elaine’s hard edged bluesy rock could’ve escaped from a Bad Company album, and the title track, intro’d by an evocative piece of cod sixties guitar rock, merges Lennon and Clapton on a broody, hulking beast of a track.

Lack of success in the Punk Era saw the Ian Gillan Band dissolve and reform as “Gillan”, the band. This was 1978.

By 1984, Gillan was back with Deep Purple, but found himself with plenty of downtime. If you prefer Gillan rocking out, then look away now.

Accidentally On Purpose was released in 1984 by Ian Gillan and Roger Glover under the cleverly coded bandname, ‘Gillan And Glover’. A vehicle for the personal stuff that found no place with Purple, it thrusts you, ever so gently, into the duo’s surprisingly diverse musical universe. And it’s on the opposite side of the world from Deep Purple. A land where the sun shines all the time, even on opening track, ‘Clouds And Rain’ – a synthesised pop rock confection that should have little substance, but instead packs a considerable punch.

And that’s the way of Accidentally On Purpose.

There are many standouts here. ‘She Took My Breath Away’ is a swaying, lilting, desert island melody to which Gillan croons huskily… the English answer to Jimmy Buffet. And then again on the mannered New Wave pop of ‘Telephone Box’, and the beautifully poised, orchestrally driven version of the much covered ‘Lonely Avenue’, he demonstrates himself to be much much more than just your rock’n’metal hero.

A million miles from Sabbath and maybe an arm’s length or two from Purple, Gillan further underscores this last point on 1990’s Naked Thunder.

It’s all so cleanly and crisply recorded too, with Leif Masses’s deft, collusive production touches showing a spine tingling command of the duo’s musical creations. Too often artists recoil from taking risks and settle for something familiar, and as tantalising and tempting as that might be, it is not something of which Gillan could ever be accused. Ultimate rock ballad, ‘Living On Borrowed Time’ proves the point indelibly. It’s achingly sentimental, and has an appealing, romantic glow. But what gives it real weight are the song’s melancholy undertones, gloriously reminiscent of the best US AOR, and it all seems natural and unforced.

All three CDs are bonused up with extra (live) tracks, and an interview with Gillan during his Japanese Tour under the “Gillan” guise. Five cuts in all. ‘Child In Time’ and ‘Woman from Tokyo’ from ‘Live at Rainbow 1977’ are probably the picks.

Certainly a package for completists, but Purple fans unfamiliar with Gillan’s solo and band recordings will find much to like here. 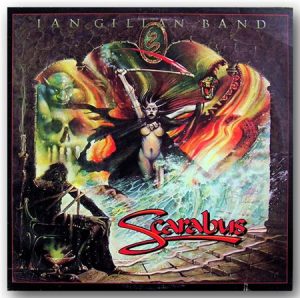 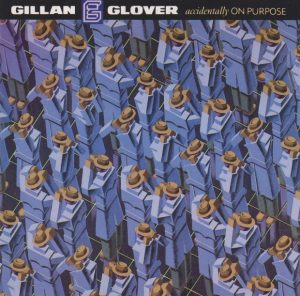 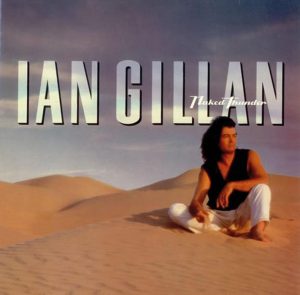