It’s another miserable night in North London… This evening, the metal congregation gather in Islington’s Assembly Hall, an Art Deco construct that lay dormant for 30 years but has now been a key player in North London’s live music scene for over a decade. As the metal masses make their way from the nearby underground station, some pause to look at the sky – what was that? Did you see that? …it looked like something … other. Tonight, we gather to expose the extra-terrestrial activity plaguing the nation, led by the reigning kings of alien investigation – Hypocrisy.

But first we welcome Canadian crew, The Agonist. Founded and formerly fronted (departing in 2014 to replace Angela Gossow in Arch Enemy) by Alissa White-Gluz, the band have only gone from strength to strength in recent years with the captivating Vicky Psarakis taking over on vocals. Psarakis has a remarkable voice live; her clean vocals are wonderfully skilled and precise, while her growls could give a bear a run for its money. 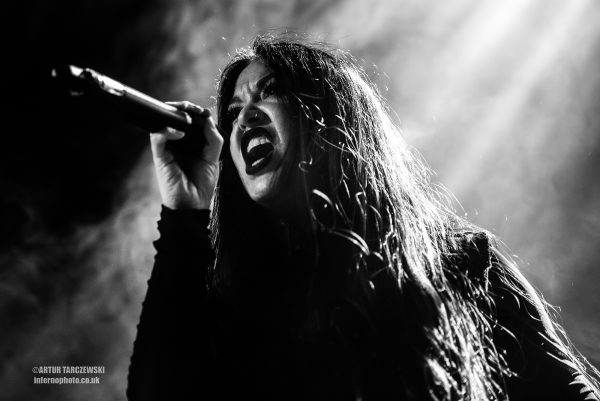 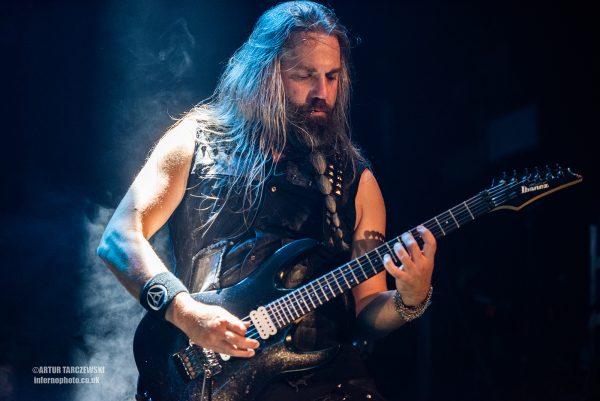 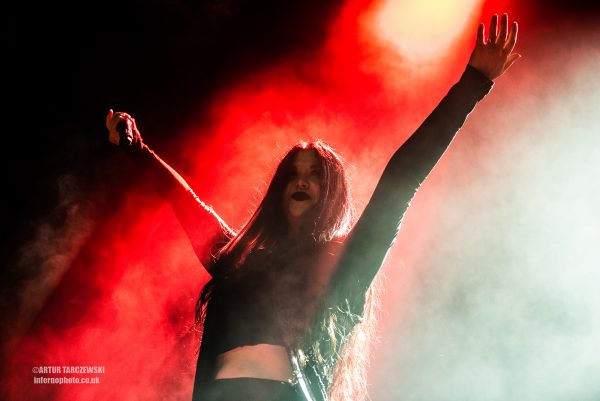 Dressed in leather and supporting long black hair, she has an element of the Amy Lee about her. Several times she is left on stage alone in a cloud of smoke, celestial and ghostly. Despite her Canadian fervour and optimism in-between tracks sometimes falling flat with this moody English crowd, The Agonist put on an impressive show tonight and receive a great ovation.

Next up are Greek Titans Septicflesh, taking to the stage with their Athenian grandeur and quickly launching into ‘Portrait of a Headless Man’. Frontman Spiros Antoniou is like a circus master, waving his arms frantically as he guides the crowd: ‘Let us sing the melody, my friends.’ He is all about the audience participation; requests for devil horns and circle pits are flying in every two minutes. 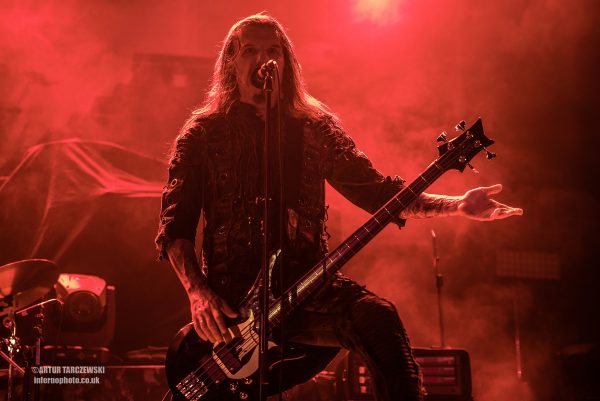 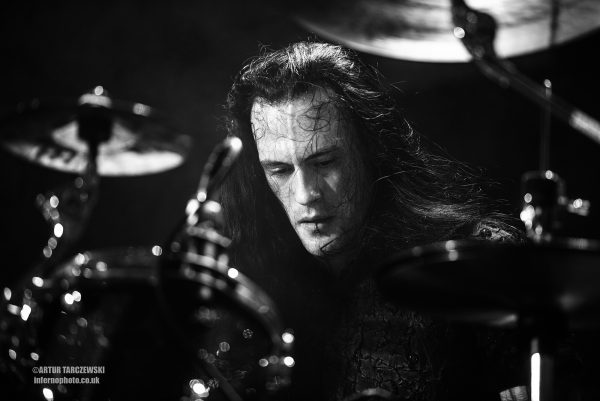 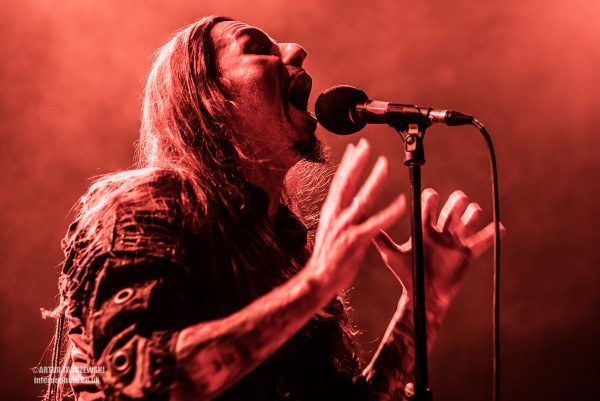 The band released a new album earlier this year, Modern Primitive, and several tracks from it feature tonight including the glorious ‘A Desert Throne’. It would be great if the Greeks performed with the live vocals of Sotiris Vayenas, particularly in tracks such as ‘Anubis’ – the haunting addition isn’t as impactful pre-recorded, but Spiros still shines as frontman.

And then finally the extra-terrestrial ghostbusters land in a billowing puff of thick smoke, a UFO lurking behind them tauntingly, glowing a deep amber. Alien silhouettes decorate the drum kit. The Swedish death metallers Hypocrisy are fronted by the captivating Peter Tagtgren, who with a forked beard, long white hair and a black cloak has an element of the otherworldly himself. 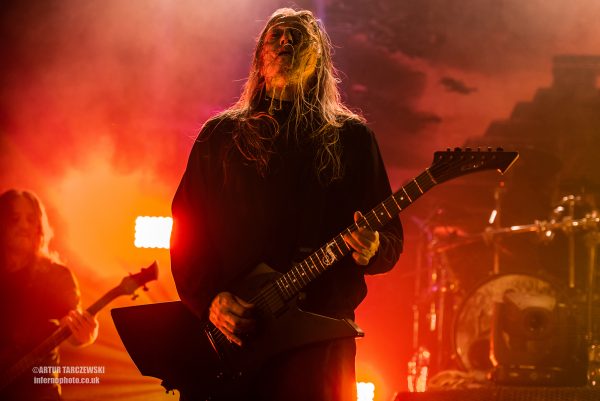 Their latest release Worship hit shelves last year, and tonight we hear a few tracks from the new album including ‘Chemical Whore’ and the title track, but crowd favourites remain ‘End of Disclosure’ and ‘Eraser’ featuring this evening. 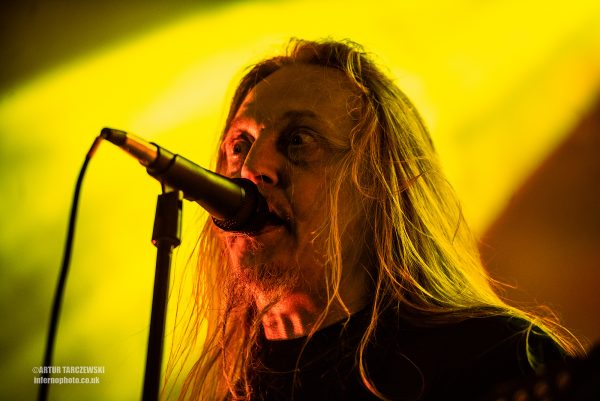 We conclude with ‘Roswell 47,’ detailing the 1947 mystery in New Mexico involving a flying saucer and subsequent government cover up. And with that, the Swedes put down their investigating hats and telescopes, the lights of the yellow UFO fading behind them, and we live to see another day without being abducted by little green men. 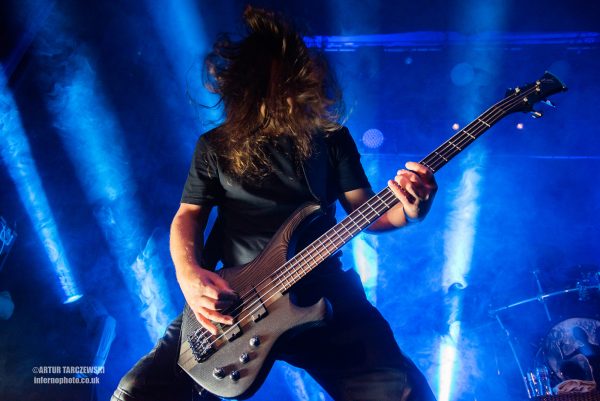 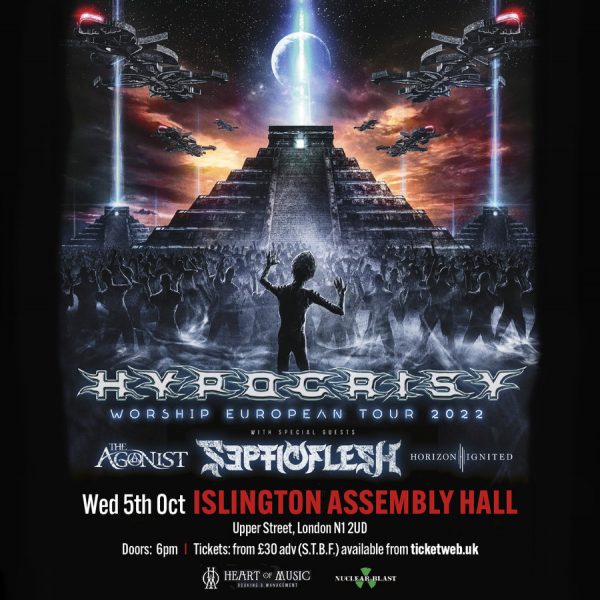