There may be only four tracks on the new album from Norwegian duo Hymn but it’s probably something of a blessing in disguise. Such is the unmitigated power at work here that four tracks is about as much as most of us can reasonably be expected to take without the benefit of some kind of medicinal support.

Breach Us opens with the title track which is very much in a similar vein to early Conan with singer/guitarist Ole Ulvik Rokseth and drummer Markus Støle displaying the same kind of unabashed crushing techniques as the Merseyside cave crew. After an aching drone of an intro the percussive power starts to assert and the edgy atmosphere is heightened further once the piercing anguished cries of Rokseth join the thickening sludge feast.

There’s a pacier edge to ‘Exit Through Fire’ which fittingly enough opens up with a combustible intro which before the flames have dipped is immediately joined by Rokseth’s increasingly desperate vocal darts, his fevered delivery at times reminiscent of Amenra’s Colin H. van Eeckhout. The track throbs away happily in its own sonic sphere until a pause of sorts allows Rokseth to chug away with his axe before unleashing one final vocal screech.

Such is the power of the punch displayed on that opening vicious volley that it’s hard to appreciate there’s just two sluggers at work landing these blows. But the Oslo compadres have been together one way or another for some time, having connected across the past 13 years with projects such as Buckaduzz, Tombstones and Sâver. 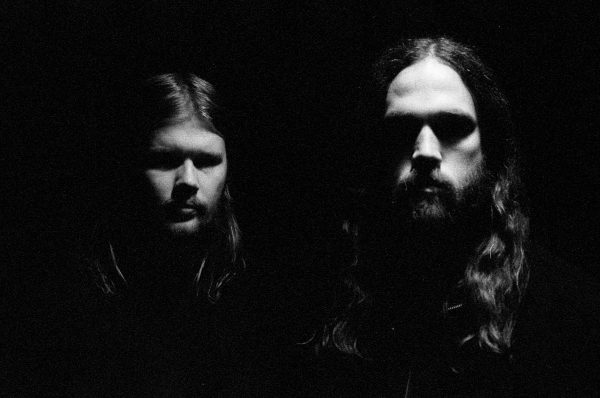 Hymn has only been a functioning unit for six years with their debut album Perish released by Svart Records in 2017. This sophomore release sees Hymn amplify their sermon in every sense of the word. If you’re not playing these four tracks loud then you’re not experiencing their true exhilarating extremities.

‘Crimson’ goes off like a dodgy firework, exploding in all directions until the smoke clears to leave a dissonant drone that just hangs menacingly in the air, with Yob-like angst at its core, until a singular cry summons the dark forces of destruction once more. A clunky riff over which abstract voices natter, including muffled female spoken tones, sets things up for the final track, ‘Can I Carry You’. A less confrontational offering, the mood here is more introspective, and the stop-start nature makes it an altogether less immediate piece. The stillness is finally broken by a riff that’s worth the wait, and once it hooks you in the song becomes an altogether livelier beast.

Breach Us was recorded and mixed by Kim Lillestøl at Amper Tone Studios in Oslo and also features guest appearances from David Johansson of Kongh and Guro Moe.

In the studio the two men face each other in the same way that they do when performing on stage, and they’ve graced plenty of European festivals in recent years. Ulvik unleashes the riffs on his Gibson Lee Paul while Stole gives his arms the kind of workout you only ever achieve on the very best days in the gym. The combined force is frightening with intensity levels whacked all the way up in the manner of Cough or Neurosis.

It’s not often I’d go down the ecclesiastical path but for once it really is time to get the Hymn book out.

Released via Fysisk Format on 28 August 2020 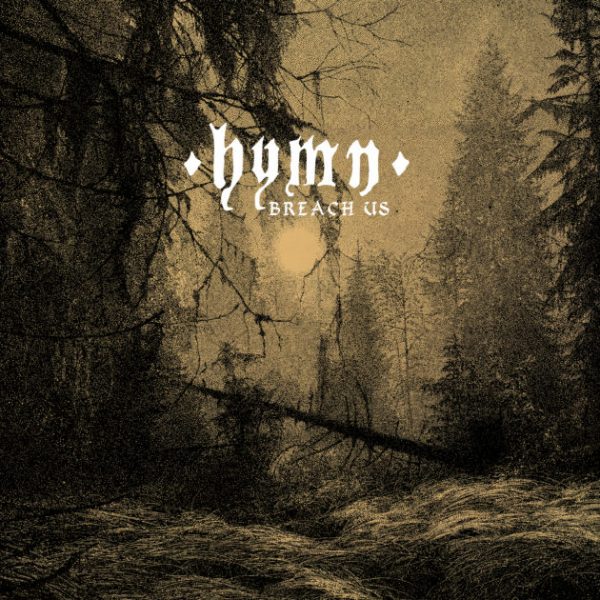