Norman ‘Hurricane’ Smith was the kind of eccentric that’s sadly missing from today’s music industry. After serving as an RAF glider pilot ‘Hurricane’ Smith retrained as a music engineer working on almost 100 Beatles songs before graduating to Pink Floyd and The Pretty Things. ‘Hurricane’ Smith also released a solo catalogue and Classic Archives provides the perfect overview of an eclectic career.

With a fine gravely, oak-aged voice Classic Archives first explores a few roots with the Gayten/Charles penned, R&B flavoured ‘I Don’t Know Why I Love You’. ‘Hurricane’ began his musical career as a jazz trumpeter so it’s perhaps it’s no surprise that this cover kicks off Classic Archives. ‘Hurricane’ Smith’s association with The Beatles goes back to 1962 and their first audition for George Martin so it’s no surprise that a cover of ‘From Me to You’ follows. But what is a surprise is how Smith approached it; with plenty of bass slapping it ramps up the funk and it has a vaguely Captain Beefheart vibe, but hey, if you’re going to cover The Beatles at least do it boldly.

With a touch of The Move and heavy on the saxophone ‘Hurricane’ takes Gilbert O’Sullivan’s ‘Who Was It?’ and turns it into a whole new infectious beast. Of the four covers that open this collection the take on Sting’s ‘Englishman In New York’ is perhaps the most faithful, right down to the ska beat and jazz inflections. However, it’s when we reach the original tracks that we hit pay dirt. There well orchestrated songs yet there’s an undercurrent of strangeness running throughout that makes these songs so intriguing. ‘Beautiful Day, Beautiful Night’ recalls The Moody Blues in all their pomp and glory while ‘Nursery Rhymes’ could easily swing with Ole Blue Eyes.

‘Don’t Let It Die’ was originally written in 1971 by ‘Hurricane’ for John Lennon however, all round media mogul Mickie Most suggested ‘Hurricane’ release it himself and it subsequently propelled him to number 2 in the UK charts (at age 48!). As if that wasn’t enough he followed this the next year with the transatlantic hit ‘Oh, Babe What Would You Say’ which reached number 1 in the United States. ‘Hurricane’ Smith never reached such giddy heights again so it’s fitting the music on this disc ends on this highpoint. What follows is a series of interviews between Norman and his son outlining his work with The Beatles and Pink Floyd. Manna from heaven for the music obsessive but you’ll probably only listen to them once.

A long overdue compilation from one of rocks true mavericks Classic Archives shines a light into the corners of ‘Hurricane’ Smith’s diverse discography. 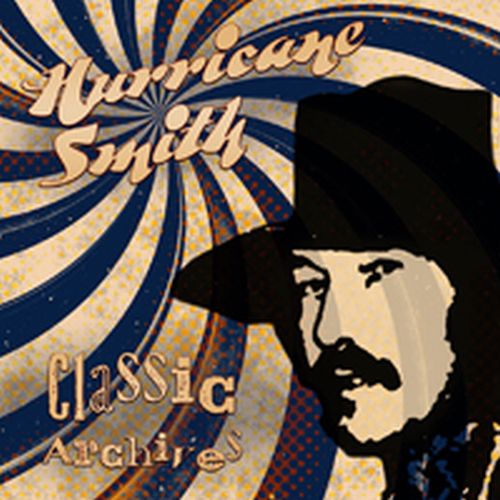