Formed in Hanover Human Fortress have been releasing quality power metal for nigh on 20 years, yet, rather curiously, they’ve failed to crash into the genres top tier but that all seems set to change with their 6th album Reign of Gold. Benefiting from a stable line-up (finally) it’s the sound of a band firing on all cylinders and they’ve produced an 11 track album that can easily rival their early efforts.

Opening with a grandiose introduction of biblical proportions ‘Imminence’ is akin to huge granite stones being removed to reveal a pharaohs tomb. A cloudburst soon breaks the spell then the Fortress launch into ‘Thunder’, a track that immediately sets out the bands stall. Gus Monsanto’s silky voice screams “I am thunder!” as drum rolls kickstart the song and the keyboards build two sonic walls that encase the listener while guitarists Torsten Wolf and Volker Trost play some nice harmonies that provide a little calm in the midst of a musical maelstrom. Picking up the baton and running with it ‘Reign Of Gold’ continues in a similar vein. Like most of the tracks on this album there’s a strong groove underpinning the songs which makes them immediately memorable and this is perhaps Human Fortress’ most easily accessible album.

Now on his third record with the band Gus Monsanto has put his stamp on proceedings and on ‘Lucifer’s Waltz’ his voice takes centre stage. It’s an evocative track with a dreamy midsection that evokes images of mediaeval banquets and Gus’ voice ululates with the melody. ‘Shining Light’ is the obligatory power ballad, perhaps the albums weakest cut but it provides a centre point before normal service is resumed with the epic battle metal of ‘Surrender’ which boldly marches like an invading army as lots of tempo changes keep the listener attuned. ‘The Blacksmith’ is an all out rocker and, while this is a well produced and executed record, nothing sounds forced or unnatural. As you’d expect from a track titled ‘Martial Valor’ the two guitars unify to provide a real military feel. The heroic hymn, ‘Legion Of The Damned’ cranks things up a notch or two and fairly speeds along with some fine duelling guitars and drummer Tomi Louhesto keeping the band on their toes.

Album closer ‘Victory’ pulls together all that’s great about power metal from the fantasy lyrics and melodic melodies to the powerful vocals and shredding guitars. It’s a track that builds to a cataclysmic conclusion and it’s a song of such epic proportions that when the disc stops spinning the silence is almost deafening. Reign Of Gold is the type of monumental power metal that German bands do so well and if your new to the genre or Human Fortress there’s no better place to start than here. 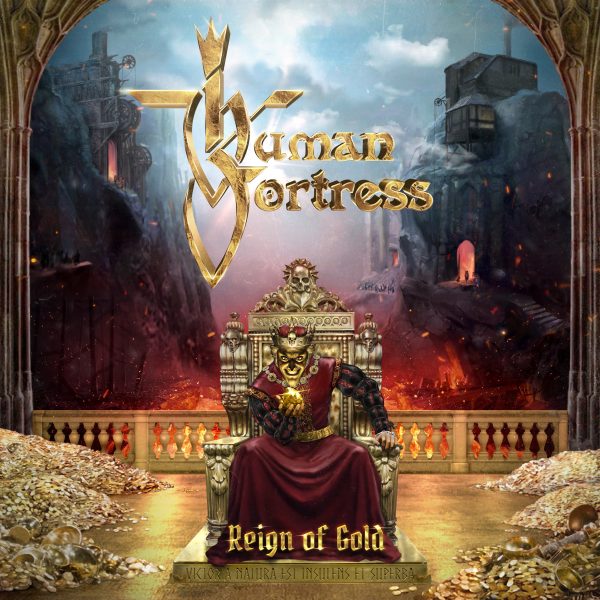