It’s that time of year again to make the pilgrimage to the middle of nowhere in the North Wales wilderness! The line-up this year, which has been much discussed in melodic rock circles and it was going to be difficult to live up to last year and Night Ranger’s highlight performance. But like most people I was determined to have a good time and enjoy the bands I was enthusiastic about seeing.

As the world’s worst traveller I’m always going to moan about the three hour journey to Hafan Y Mor, but that’s a short distance in comparison to most attendees! I get there nice and early and in plenty of time to make sure I can enjoy the full pre-party line up and I’m bang on time to witness the first band. But the stage is still being constructed and the venue is extremely quiet so as I’m slowly supping on my pint I’m starting to wonder what the hell is going on! Luckily for me a friend popped in and informed me that the pre-party was actually on the main stage not the second stage as it was the previous year!

The first band I catch is Ireland’s Preacher’s Son who play hard rock with strong Celtic and folky overtones. Personally they really didn’t capture my attention and their set dragged a little bit for me. One thing I have noticed about the HRH AOR festival’s is there is a real mixed collection of people with musical tastes many who you wouldn’t normally see at a hard core melodic rock event like Firefest, so this meant Preacher’s Son didn’t die on their arses and as there was enough hard rockers and beer flowing to give the Irish lads a decent reaction. If you like blues flavoured rock and a bit of Irish roots thrown in the mix I’m sure you’d enjoy these guys.

Knock Out Kaine were a real surprise for me and the crowd seemed to lap them up too, especially the sleaze rockers in the audience – remember this weekend also included the HRH Sleaze stage. They really cranked up the atmosphere with an energising set that got the crowd pumped and bouncing along. Their highly melodic brand of sleaze seemed to go down really well with everyone. Making the most of the generous stage space Knock Out Kaine came across as hardened veterans used to playing and entertaining large crowds frequently. I was pleasantly surprised as I’m left a little underwhelmed by everything I’ve heard by these guys prior to this set, but live a lot of their songs take on much more energy and come across ten times better than the studio versions. The first surprise of the weekend that I wasn’t expecting!

Now to tonight’s headliners The Quireboys. As anyone who has seen Spike and the boys more than once knows they are one of the most consistent live bands on the circuit and bad nights and poor shows are something that happen to other bands as they yet again prove tonight. The Quireboys are the perfect drinking and party band for most and the band themselves embrace and take advantage of that. The seemingly always half pissed Geordie and honorary Black Country man Spike always gets the crowd in the party mood with his banter and mild drinking encouragement and seems perfectly at home swaggering across the big stage. I’ve seen the Quireboys a few times in recent years on smaller stages but Spike seems just at home on the larger stage keeping the party going! They played a storming set of hard rock featuring all their big hits like ‘Hey You’ and ‘7 O’Clock’. Even if you aren’t a Quireboys fan it’s almost impossible to not find yourself in very high spirits and rocking along to this quintessential British rock band.

HRH aren’t one’s for sticking to conventions and always seem determined to do things their own way regardless so although the headliners have played there is still more music to come!

If you’re into your metal you’ll know Benedictum’s front woman Veronica Freeman. Last year she put together a heavy melodic rock solo band called The V and the album Now or Never came out to much critical acclaim. Assembling a band around her including Paul Hume (Demon/Lawless) and Nigel Bailey (Lifeline/Three Lions) they hit the stage to a smaller, but still very enthusiastic, crowd and their opening salvo of songs including personal favourite ‘Again’ really made a great impression and showed the band were a tight and well prepared unit to deliver these songs as well as possible. Freeman’s backing put in a stellar performance not only backing her up but putting plenty of energy and bombast into their own stage presence too. Freeman has extremely powerful vocals and live she left me a little in awe throughout her performance delivering I would say one of the best overall vocal performances displayed over the entire weekend. The second half of the set though seemed to falter and the energy did subside a little as the crowd now starting to grow tired with the late hour and drinking too cooling the atmosphere a little. Overall a great set, but I think the late slot dampened The V’s impact slightly!

I had fully intended to watch the late late band Captain Blackbeard but like many others after a long day of travel and perhaps one beer too many, staying for the final round was a bridge too far. So it was time to call time on an enjoyable first day!

See our review from Saturday here 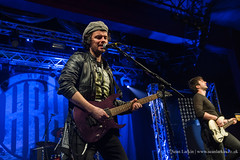 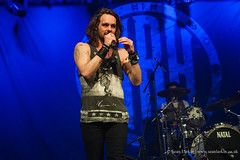 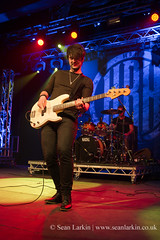 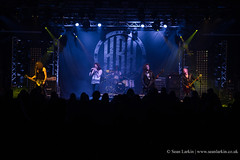 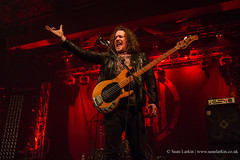 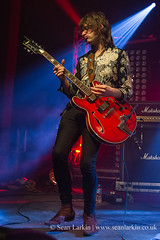 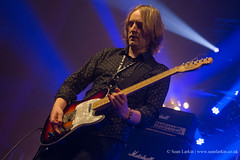 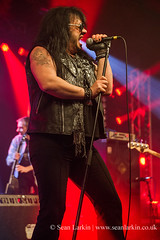 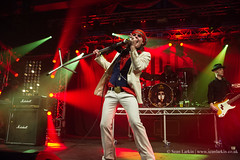 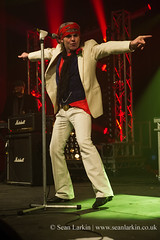 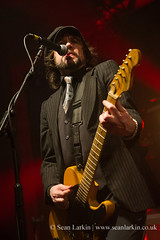 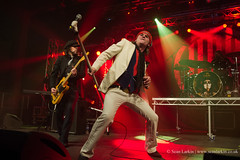 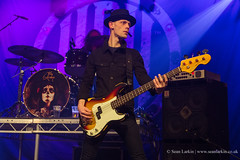 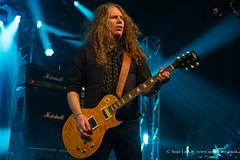 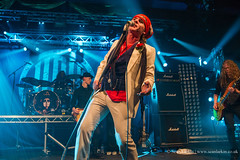 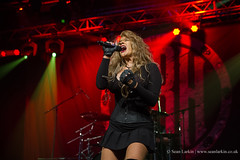 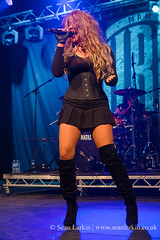 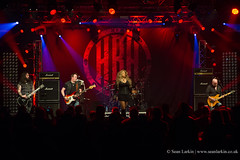 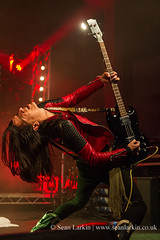 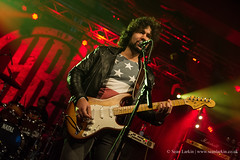