Empire took the first and only slot for support act for the night, against a vast and impressive crowd. Led by Joe Green on vocals, his powerful voice resonated around the venue, a little too powerful, either my post Christmas ear drums were not ready for the full capacity or the P.A had set the vocal channel a little too loud. Full of energy, the bands’ short half an hour set was just what a gig hungry crowd needed to get rallied for the main headliner.

Greeted by a roaring crowd, H.I.M swagger onto the stage opening with a performance of ‘Buried Alive By Love’ from the Love Metal album.  Every track played throughout the night is met by a vocal accompaniment provided by the passionate audience. This lead to vocalist Ville Hermanni Valo being overpowered by enthusiastic fans when he attempted to chat to his audience, his quiet demeanour meant his stage presence suffered somewhat. This did not at all alter the attention he got on stage; during ‘Heartache Every Moment’ articles of clothing were strewn in his direction in the form of a jacket and smaller garments which looked a little too much like underpants.

The two hour set contained a satisfying mix from their eight album back catalogue, with visits to ‘Tears On Tape’, ‘Dark Light’ and ‘Venus Doom’. The crowd went particularly mental for the cover of an extended version of ‘Wicked Game’ during which solos spotlighted a sneaky drum solo from “Kosmo” and Janne Puurtinen twinkling the electronic ivories, leaving Mr. Ville time for a well deserved beer.

‘Rip Out The Wings Of A Butterfly’ showcased bass guitarist Mige’s finely tuned abilities while flirting against Mikko Lindstrom’s cracking guitar skills. Quote of the night went to Ville for remarking as his vocal pitch went a little too high that he sounded a “little like a gothic schoolgirl”.

After track ‘When Love And Death Embrace’ the obligatory encore took the form of ‘Soul On Fire’, followed by ‘Razorblade Kiss’ and topped off with the cherry that was the Billy Idol cover ‘Rebel yell’. A great end to 2016. 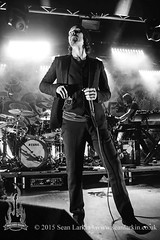 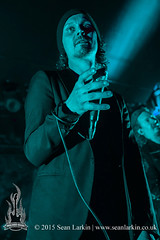 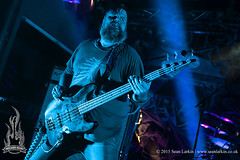 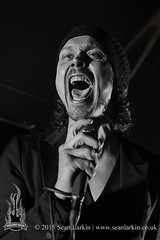 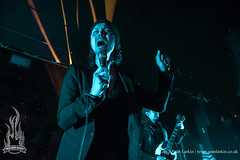 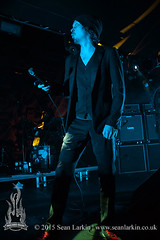 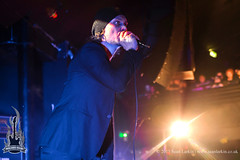 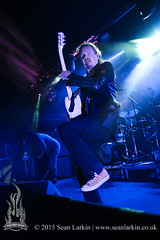 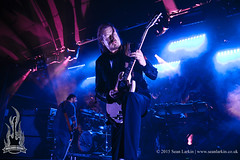 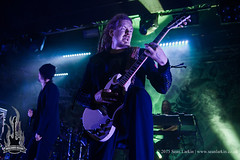 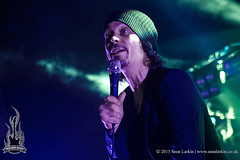 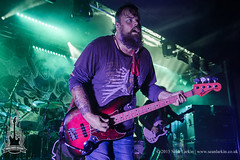 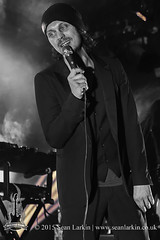 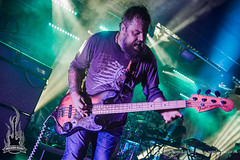