Just like the sounds he pulled from his guitar, the death of Jimi Hendrix is shrouded in mystery. It’s a torrid, tangled tale featuring a notorious manager, a conniving girlfriend and the mafia. Factor in drugs and radical politics and you have a perfect storm swirling around a shy and humble musician. It’s a plot straight from an Ian Rankin novel and Hendrix And The Spook sets out to solve the riddle.

After an unfortunate, misspent youth, a spell in the US Army set a young Johnny Allen Hendrix back on track but music was his true saviour. It’s a well-documented tale how The Animals’ Chas Chandler brought Jimi to London and from there his career skyrocketed. However, with success came a familiar tale of a shark-like manager feeding of his naive charge with vast amounts of money being syphoned away to offshore tax havens and, with a relentless workload (those three classic Experience albums were recorded and released within two years), it’s no surprise Jimi took solace in drink and drugs.

Using a combination of vintage footage and re-enactments Hendrix And The Spook paints a vivid picture in which to frame Jimi’s final days. A cast of characters (including official biographer Harry Shapiro, Paul Gambaccini and Jimi’s brother Leon) provide backstory along with contemporary eyewitnesses who put forward their propositions regarding his rationale. Subsequently, Hendrix And The Spook moves with the pace of a thriller as new facts are revealed to shift the viewers perspective and it makes for compulsive viewing that’ll keep you hooked until the conclusion.

The movie moves along briskly until we reach that fateful night of 18th September 1970. Lots of mistakes were made by the authorities which left a vacuum that’s been filled with much speculation: was he killed by his (ex-special forces) manager Mike Jeffery angry at Jimi’s increasing assertiveness? Was it a tragic accident or suicide? Or was it Monika Dannemann, the obsessive girlfriend? Each scenario is examined with meticulous detail and either debunked or upheld until we reach a rather shocking finale.

While this DVD doesn’t quite close the case, the conclusion it reaches is perhaps the nearest we’ll get to closure. Despite it’s rather sombre nature Hendrix And The Spook is a compelling watch but it’s also quite sobering: tragic circumstances cut down the world’s greatest guitarist in his prime with so much potential left unfulfilled. Composed the night before his demise Hendrix’s final stanza from his final poem alludes to that potential:

“The story of life is quicker than the wink of an eye.
The story of love is hello and goodbye.
Until we meet again.” 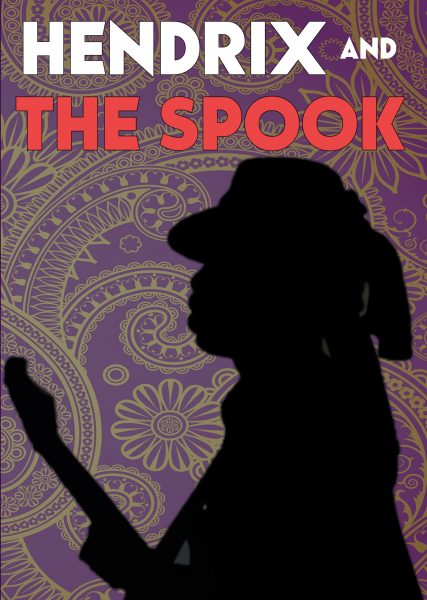