Three monstrous and blasphemous blasts from the cavernous vaults of Hells Headbangers have appeared at Midlands Rocks Towers. Three 7” releases: the first, Spooky, is a split between the macabre Acid Witch and the profane Nunslaughter; the second, three tracks from Peruvian death metal heavyweights Evil Damn; and the third a cheerfully optimistic attempt by the appropriately-named High Spirits. So, with little further ado, in to hell we go…

Acid Witch’s glow-in-the-dark psychedelic death/doom-infused horror soundtracks are not for the faint of heart, their lead-booted riffs, chilling organ, ghoulish vocals, and rancid atmospherics are the stuff of macabre and mirth more than gore and splatter. ‘Evil’s squealing pinch harmonics, down-tempo chugging riffs, and layered lead guitar and organ contrasts with the death-heavy slime of ‘Fiends Of Old’ with its occasional Mercyful Fate vocal and menacing density and lunatic lead work. 8 out of 10

With countless single, EPs, and split releases to their name, blasphemous death metal mob Nunslaughter are kings of the short releases and so, sluts that they are, it comes as little surprise to find them appearing here. But NunSlaughter’s raw savagery makes for a very good fit. Though the brief blast of ‘A Sordid Past’ is all galloping riffs, violent drumming, and vomited vocals and the longer ‘Spooky Tails’ is a doom-infused slab of death metal grimness, they’re not quite up to the same standard of Acid Witch’s two tracks, ‘A Sordid Past’ being too generic for its own good. 6 out of 10 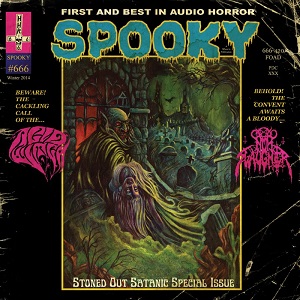 Six years since their last release, Peru’s Evil Damn has returned with a three-track 7” that begs the question: when’s the album coming? Where ‘Caller of Abominaton’ drags grinding riffs across the red-hot coals of the pummelling drums and demonstrates a band capable of capturing the essence of death metal, ‘Embrace By Death’, at seven minutes, is an impressive piece of work. Initially dragging the tempo down for the track’s corrosive energy to slowly seep out of the wounds left by the first track, the band’s bestial nature dominates for the most part before the track collapses into its own filth for the coda. And so the title track can only go one way: forward. And fast. Face-meltingly fast. The riffs are savage, the drumming pulverising, the vocals a contaminated slurry of filth, and the structure that of perverted nightmares. If this is but an example of what Evil Damn can do, they need to get more of their music out there. Maybe being signed to Hells Headbangers means there’s more to come? 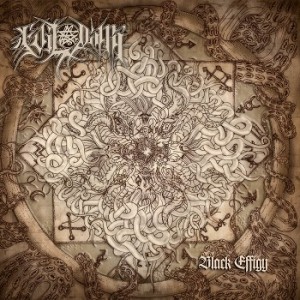 Simple, repetitive riffs, simple lyrics, straightforward structures, predictable, and utterly harmless, this is metal for cardigan-wearing dads desperate to appear cool to their kids, the kind of metal that featured in montages in countless 80s movies just as the protagonist was about to face his foe / turn his life around / get the girl and drive off into the sunset. The kind of mediocrity that’s bad enough for Michael J Fox but not good enough for Tom Cruise, this is instantly forgettable. Thankfully. 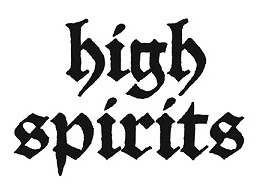