Well, if the name of the band doesn’t give the game away the super-sized mushroom on the artwork certainly does the trick. This is pure head in the clouds heaviness, a spiritual soundtrack of four instrumental compositions from Heavy Trip that throb with more fug than a Victorian dockyard.

These tripping Canadian crushers don’t just play their guitars, they shake those strings until they snap. In fact, these mesmerising sonic sermons delivered in the style of a Pentagram or Sleep, are so laid back they’re in danger of toppling over.

Summoning up the spirit of Hendrix during some of the more psychedelic moments, including on the magnificent opening track ‘Hand of Shroom,’ Heavy Trip deliver little short of a guitar masterclass with every gushing riff seemingly more addictive and head-spinning than the last.

The tempo ebbs and flows, at times reduced to a slow moving Sabbathian slumber before the razor cuts gradually stir, then penetrate the bong blanket, sending the whole thing spiraling off into la la land.

The Ontario trio – with Cole Jandrisch on guitar and Cole Vibert on bass – have already hitched a ride supporting such heavy hitters as Earthless, Acid King, Radio Moscow and King Buffalo.

The album ends with the near 14-minute ‘Treespinner’ which branches off in so many directions your braincells feel as discombobulated as if you’ve just staggered off a white lightning rollercoaster ride.

Originally released at the height of the pandemic, this repress should give Heavy Trip a timely injection shot, while a follow up is already on the table. Dope.

Heavy Trip is out now via Burning World Records 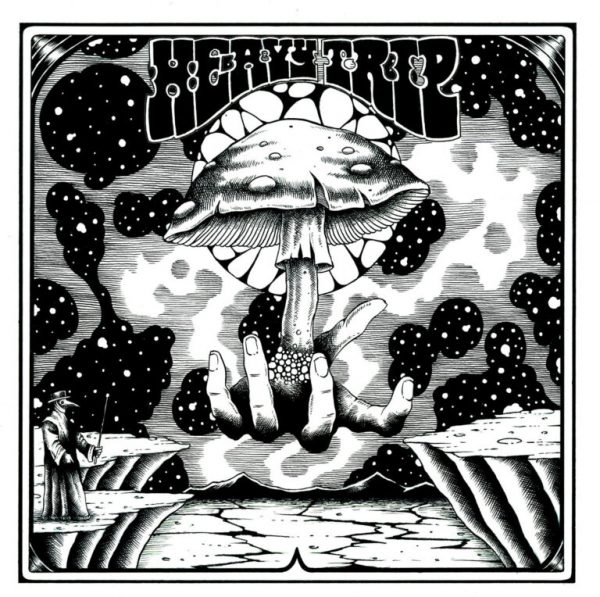